So, this game starts at 7:30pm because of The Night You Love to Hate™ “Rivalry Night on NBCSNPDQASAPOMGWTFBBQ”. Yes, this is such a natural rivalry, this Penguins and Bruins matchup. Is it like Fashion Police where we’ll ask each other who wore it better? I mean C’MON both teams wear versions of black and gold, with only one being the true Black & Gold™.

Anyway, the Bruins hope to sweep the last game of the intraconference series against the Penguins at home at the TD Garden tonight. Both teams are vying for a playoff spot in the Eastern Conference with each sitting in the Wild Card (Bruins in 7th, Penguins in 8th) with only two points separating them. So, this game is actually pretty important. The Bruins are a disappointing 12-15-3 at home which isn’t encouraging expectations of a win tonight. Then again, it’s the Penguins who the B’s seem to know how to handle.

Honestly, I can’t imagine any scenario in which Gus would be the natural starter in this game. So it must be TUUKKA TIME™.

Malkin is also rotating with the #Pens defense. Hey, why not…

For some reason, neither team wanted to confirm the goalies through Twitter, but Daily Faceoff has confirmed both goalies tonight.

Today is International EBM Day and I’m listening to Front 242 along with some Nitzer Ebb. There are approximately 100 remixes of “Headhunter”. What’s your favourite version on tap?

Period 1B this way!

Also, I am drawing a prototype tiny hat for Sister. Don’t worry, I will keep your identity safe!

TOUCHED BY HIS NOODLY APPENDAGE!!!!!!!

abbreviations like that leave you so exposed to misinterpretations. I mean, for one example, #buttstobonersafterdark?

Yeah, I have no idea what to use.

It’s already a nickname for a double-entendre, so I think it checks out. 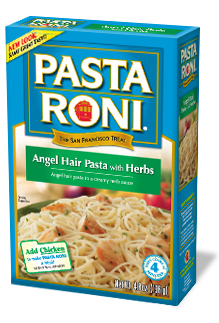 (an oldie but goodie)