Yeah, I’ve used that line before. Deal with it.

The first was a period to behold.

‘Twas a beautiful period. Bruins are up 4-1. Jagr is now all alone in third place for career points.

PEOPLE ARE SAYING THINGS:
This dude is showing off stupid looking shoes.

Pfft. Who has more fun than us? Not this guy.

If you could add one player in The NHL to The Bruins who would it be?

We need a Brad or Loui goal to happen. Any Bruins goal behind Montoya that counts would be great but let’s see some more goals from more goal scorers.

100% Dzone time. Tuukka is like the 101st Airborne in Bastogne right now, so he’s making miracles happen by the score not being 40-4 after that period

I hope Tuukka starts threatening to cut bitches in the locker room.

Thank Fuck, that was one of the worst periods of Bruins hockey I can remember ever watching

YAY! THIS PERIOD IS OVER!

It’s just all going into the toilet isn’t it?

This is the most period 1b period 1b we’ve had in a long time.

At least it’s over now.

Yes. And now the forgetting can begin.

UGH. Trapt is basically the Florida of music.

I can’t remember the last time I heard that.

Also, I was looking for an old data cd yesterday and stumbled across a distressingly early 2000’s ansty suburban upper middle class white boy collection that I had tried my damndest to forget existed

Those are BRUTAL. I was such a horrible emo kid. I’m ashamed.

Me too. Tons of Linkin Park. Lots of Staind. POD, too. Ooof.

All those. System of a Down. Trust Company (I don’t even remember who these assholes were, yet there the album was in that cd case). Puddle of Mudd.

I also owned a Nickelback album. I’m one of THOSE monsters

Me too. The one with “This is how you Remind Me” on it. I am the worst.

As hockey fans, we are required to have that album. It’s the only way one can understand Canadian.

Thats Alberta only. The rest of Canada has an uncontrollable hate for Nickelback

Alberta is Canada’s Texas, and Nickelback is the Motley Crue of the Aughts

Let us not forget about Simple Plan.

yeah i was never Addicted to Simple Plan

Welcome to my Life.

I had never heard of them until the WC.

Yeah Alberta. You got a problem with that? 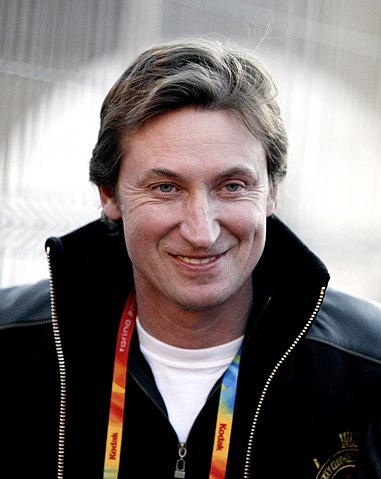 I LOVED them when they first came out. Their first record made me very happy.

so glad im not the only one

I managed to dodge the Good Charlotte. My entry into punk, while late, was directly into the real thing

My start was with early Blink-182. Good Charlotte was only a natural progression.

I love NOFX and Rancid. Lagwagon’s not awful either.

I really didn’t get into punk until ~1987.
We were fortunate in that the campus punks had a band, and we hosted the parties. So we had “I wanna be sedated” playing live in our livingroom/mosh -pit.

15-year-old VA was a tiny gothling with Depeche Mode, the Cure, and the Smiths.

I have to say, I have never produced a mix that I am ashamed of. Most I think I could have done better transitions, and later mixing, but nothing I regret.

My mix cd’s, by and large, all hold up (although perhaps having Oasis followed by Pantera is a little, umm… jarring, despite that being maybe my favorite mix cd of all time)

I misunderstood collection with mix CDS. People call them different things. But, the music of the early 00’s was pretty regrettable.

Also, I regularly throw in Leonard Nimoy with electronica. And comedy bits with punk.

My mix cds were dominated by more 90s and older stuff than my albums at the time, so they are generally less horrid

I can’t say the same. Mine were all meticulously crafted with anything I was listening to at the time. All of them were numbered (I got somewhere near 70ish). I even had a “record label” with a logo (that was really just Blastoise).

Oh, I never kept mine- always distributed them amongst friends. However, I would often finish one and be so excited about giving it away that I would almost never include the bands/ songs. It got worse when I would really mix it and it would be one long track. Now, I mix it but separate the tracks.

Now, I have to get motivated to throw some up on Mixcloud.

I made them for my car. With a couple of remarkable exceptions, most of my friends don’t listen to the same stuff that I do. None of them really take my choices in music seriously.

Well, most of my friends do. Others experiment. And some still, I cater to.

The one who is toughest though is IW. He dislikes mixes in general. We have basically the same tastes, he just dislikes the format.

Z, lets not be stupid please