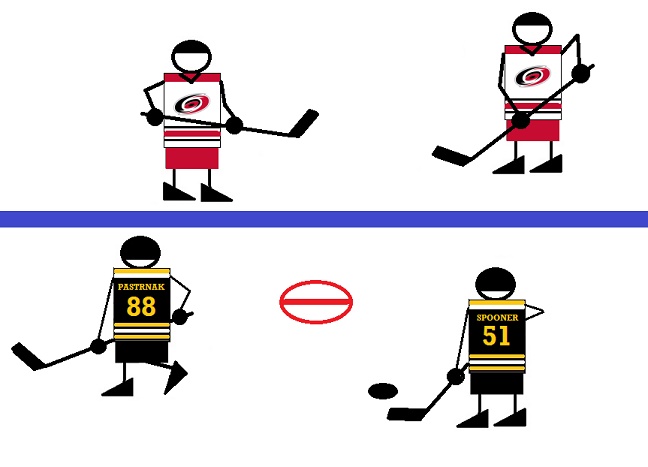 Good morning, everyone! Nothing of consequence to the Bruins’ place in the standings happened last night. Big night tonight, though! The Bruins host the Hurricanes, the Red Wings host the Jets in a battle of winged things, and Florider hosts Ottawer. If the Bruins get at least a point tonight, they’ll take over the top spot in the Atlantic Division (until Tampa Bay catches up with their games in hand).

The NHL announced four outdoor games for next season. A few days ago, they announced that the Jets will participate in their first-ever outdoor game, hosting the Oilers on October 23. The Leafs will celebrate their 100th season by hosting the Centennial Classic in a rematch against the Red Wings on January 1. Blues will host the Winter Classic the very next day at Busch Stadium, facing the Chicago Blackhawks. This will be the Hawks’ fifth outdoor game, but before you grumble about how sick of the Hawks you are, remember that they suck at outdoor games (1-3-0). Lastly, the Penguins will host the Flyers at Heinz Field on February 18.

Did we all somehow miss this? (Or was it just me?)
Zdeno Chara’s wife give birth to twins!
The twin boys named Zack and Ben, along with young Zack Bergeron, should be signed as prospects now to form the foundation of an unstoppable Bruins team of the future!

Whats with the name Zack???

I just posted the most recent episodes of Bearly on Topic. for those not in the know, it’s embedded in the post so you don’t have to go over to Soundcloud unless you really want to.

and damnit my headphones broke -_-

That sucks! My mp3 player developed amnesia the other day & forgot all my songs.

The speaker on my phone was acting weird yesterday. I hit it a bunch of times and it seems to be working fine now. Also explains the bruise I have on the palm of my hand that I’ve been looking at all day wondering why the hell I had bruise there. Didn’t put two and two together until now.

It seems to be a bad time for technology. Has there been a solar flare recently that I didn’t hear about?

Maybe! I know my phone gave me some shit yesterday, but after I got done smacking it against the table a couple times, it didn’t have much to say.

You solve technology problems the same way I do.

No Discipline for Liles

After today's hearing, it has been determined there will be no discipline to Boston's John-Michael Liles for his hit on Nikita Kucherov.

I thought he deserved a fine, just to remind folks to be careful, but this is fairer than a suspension would have been

Huh. That’s something you don’t see often: a hearing resulting in nothing.

Soooo….two girls came in to take a make-up exam and I went into a conference room to see a homeless man squatting in there. I’m gonna have to air out the place when he leaves. :/

It’s kinda bad cause the entire building should be locked after a certain time at night, and if that’s not happening…

There’s ALWAYS a way in. I can’t tell you how many buildings I got into on campus after hours. It helped that many of our buildings were linked by a tunnel and there was one door they always missed.

Fortunately most people who didn’t need the capstone lab didn’t know about that one.

I read that as “make-out exam”.

Yeah sorry, but I’m sure there are plenty of other places online where you can find two college-aged girls taking a make-out exam…

I read that as a make-up exam like something you’d need to take to work for Sephora or something.

Break out the bleach!!!

Kevan Miller participating in today’s morning skate. Glad the injury wasn’t as serious as it looked.

That is good news

All these doodles has “Pictures of Matchstick Men” by Camper Van Beethoven stuck in my head!

There are many more doodles coming.

Good Morning All! Double header last night. When Jo saw me trying to make brekkie while sleepwalking this morning, she sent me back to bed. Sonambulating I was, um hmm.
So I have cable now. The first thing i watched was the 2nd and 3rd (plus the brief OT) of the Bs – Bolts game replay. Can’t wait to see the game tonight.

Not fired. Not promoted. Fair criticisms.

Disappointing, but given how last year went, it really should have been much worse. We’ll call it a wash.

Not fired is good when you’re trying to buy a house.

…which reminds me…i need to call the bank to see if they finished their estimate.

Oh right. Was this the place you were renting and looking into buying or a different place? Or am I just totally making shit up right now?

Nope you’ve got it, the bank’s realtor came through and took pictures last tuesday to get a rough appraisal. I took a closer look and took pictures for myself and found some concerns with the foundation…so i definitely need to get an inspector to come see if it is a big deal or not.

Thanks! we shall see! otherwise..time to find a new place to rent!

Good luck. I hope you have better fortune than me.

Thanks, i am lucky where I am in an incredibly unique situation where i was renting a property that is getting foreclosed on…so i have direct communication with the bank that is taking it over. This bank doesn’t retain properties so they just want it gone…so if they are reasonable with how much the place is actually worth this should be relatively painless. The problem for me is there may be more damage than i thought originally so this may just be a walk away rather than a possible investment.

Yay for not fired, but how about a lil sumpin’ to fight inflation, eh?

That was included, at least.