Singin’ in the Rain (1952) – Good Morning. Uploaded to YouTube by Fandango MovieClips.

(Curiously it was March 23rd in that scene in the film)
There was no Bruins game yesterday, but we’re still here.

The Rangers defeated the Panthers on Monday, so the Bruins should face a satisfied opponent and the Bruins hole didn’t get any deeper.

It’s a very nice hole so far.
But Tampa and Detroit faced off on Tuesday – if only they both could have lost. It’s probably fortunate for the Bruins that Tampa came out on top even though that puts two teams ahead by three points. With a surging Philly and Penguins, Detroit catching up is a legitimate threat to the Bruins playoff ambitions.

As Andy Brickley says, “Points are at a premium”. 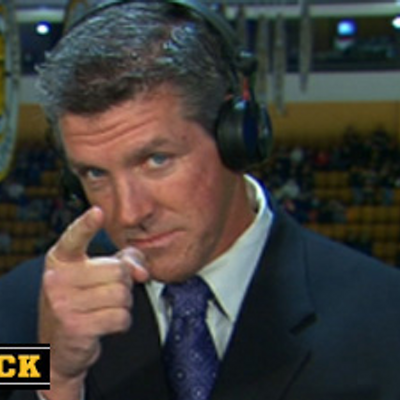 The Bruins face the Rangers, then the Panthers. Their fate is in their own hands. Go B’s!

What is on tap my friends?

You guys are starting to worry me with these…

(and how the hell do you have that much time on your hands?! I’m jealous…)

MPV? Why did you give John Scott the Monkey Pox Virus?

Notre Dame leaving Hockey East for the Big 10 after next year. No surprise there. HE must have been hell for them travel-wise.

They really never did make any sense. Still don’t get why they didn’t just join NCHC.

I had to laugh at the Big Ten press release, saying something about getting a “historically successful program”… I guess history only lasts 10 years!

Good morning, friends. I’m back from El Paso and conscious enough to say hello. It feels like there’s been an entire offseason since the last time I watched hockey.

So, as a company we got word yesterday that three of our employees were in the Brussels airport when the bombings happened. Luckily for the three of them, their flight was delayed out of Manchester, so they were not in the terminal when they went off, but still on the plane. Everyone is okay, just a scary / fucked up situation all around. My heart goes out to the families of the victims in Belgium.

Yeah. Crap like that is terrifying. Glad they’re OK. A productive delay for once.

I’ve been upping my game on making collars, so I might re-do the ones I did for the B’s.

Ummm…Patrick Sharp is on the Stars now.

He was on the Hawks for the 2015 Winter Classic, which is the uniform on the far left. At any rate, point taken…

And a Stadium Series Matt Dumba:

Get off my TV!

BULLET POINTS FOR YOUR PLEASURE:

oooh i love spy type books. If fact I’ve got one on the shelf called “Spy” lol. The Scorpions Gate is also fantastic & I highly recommend it

I feel like I’m neglecting something big at work and I don’t realize it. It’s like there’s this shoe dangling over me and I don’t know what it is. Hopefully it’s just me being paranoid.

Don’t worry. It’s just that one project that decides the fate of the company.

I can’t be that bad. It’s just a shoe, after all. It’s not like she’s got the Sword of Damocles hanging over her head & she’s got the feeling someone’s gonna be cutting the thread.

* I am just finishing one of the best books I ever read. “La Fiesta Del Chivo” Mario Vargas Llosa. It’s about the demise of Trujillo, Dominican dictator from 1930 – 1961. Couldn’t put it down! It’s probably available in Ingles and well worth reading.
* I always get that “there’s something I’m not doing” feeling after the pups go back to their owners. Weird, vague feeling that something was left undone.
* New kids – meh.
* You’re lucky you didn’t stay up to watch the West Coast Train Wreck. I did and now I can’t sleep.
* If you slept for twenty years, how great would that first coffee (with bourbon, of course) be? I’m tempted.
* Coffee (made by Jo this morn!) with all the bourbon is on , eh, well.. more coffee with bourbon is on tap.
* I will be at Danbury Ice Arena tonight, surrounded by stRanger fans. Please Bruins. go do, that voodoo, that you do… so well!

Good morning, peeps!
I thoroughly enjoyed this MFA. Thanks, IW.
The dog gif made me giggle.

I was not productive at all yesterday. I like to think of that as setting the bar low so that I look super productive today in comparison.

Finally a game that I can watch. I haven’t seen any Bruins since the first period of the Sharks game.

I’m down with that comparison.

I haven’t seen any Bruins since the first period of the Sharks game.

Nine games left. Man where did this season go? I don’t really have anything else today. Coffee and wishing I was on a cruise in some place tropical on tap today.

I DON’T WANNA GO BACK TO WORK TODAY!

My future husband, I mean the bassist for Skinny Lister favorited the Tweet I mentioned you and HHG in yesterday. That made me happy.

I saw that, that was pretty awesome

Normalcy! Wooo! Had a frustrating night here. I found out an update had screwed up logging in to the site yesterday, and spent a while figuring that out. (Fortunately the relevant software folks appear interested after I sent them a note)
Then later I tried to get in, and our hosting provider had fallen off the net for a couple of hours. (Oh Internet, why are you so stupid? Everyone has known for many years how fragile DNS is.)

but seriously, thank you for all the dark web master stuff you pull