wish this game looked more like this
The Bruins dropped their fourth straight game last night at MSG, 5-2. Have a recap and suffer the pain of watching this one all over again

First Period
The first period started out with Bergeron going to the box for Tripping at 3:53, and the parade to the penalty box began

I took all sorts of notes for penalties, but it’ll just be easier to give you all the final total PIM for the Bruins tonight: 17
That’s not good Bruins.

After a Beleskey / Glass fight at 6:35, Mats Zuccarello gets the scoring going with a ppg at 8:47. Bruins coaching staff furious however as they thought that the puck hit the netting above the boards.

Just a little bit over two minutes later, noted Bruin Killer “No Goal” shows his face again by robbing Stempniak of the equalizer. Alain Vigneault challenged the play as offside (despite NBCSN howling about Marchand maybe making contact with Lundqvist). The play was clearly offside however, and the goal rightfully over turned. Still though.

Stepan scores on the power play to make it 2-0 at 11:39. NBCSN made a point to say that the Bruins have the best road penalty kill percentage, so I’m blaming the two PPG’s on them. Got it?

Second Period
There’s no sense calling them period 1B to me anymore, after 20 minutes the Bruins play like junk. Claude decided to give Rask the rest of the night off and rest him for tomorrows important divisional game against the Panthers. Brassard makes it a 3 goal game though with an even strength goal at 5:26.

Stempniak will not be denied tonight and scores his 18th goal of the season at 9:34. Twenty seven seconds later though Chara decides he’s gonna take himself out of the equation by high sticking a Ranger behind the play in the offensive zone earning himself four minutes in the penalty box. 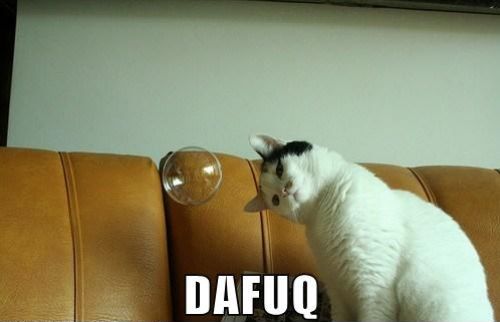 Not a strong decision there Chara.

Third Period
Truth be told. I’m just about sick of this game. Bruins stuggling to get anything going, taking dumb penalties and No Goal being all, No Goal-ly. At 3:31 Stempniak scored his 2nd goal of the game. Whoops! No Goal strikes again.

Nah, Stemp scored for sure here.

JT Miller, who has been a thorn in Chara’s side tonight scores on Gustavsson to make it 4-1 and this one feels just about over. But wait! The Springfield Rifle buries his 7th of the season at 12:06 to make it a 4-2 game.

Oh, nope. Rick Nash buries the empty netter at 17:07 to seal this one.

Up next is a home game against the Panthers tonight at the TD Garden at 7pm.

So Tuukka left after the 1st period, I heard? Why why why why?

Tuukka was only 6/8, but none of those shots appeared to have been obviously mis-played. I’d guess he was still a little under the weather from whatever he had prior to the last game, but I think the goalie swap was mostly to give the team a kick in the pants.

Yeah I wasn’t sure if it was due to illness or injury.

According to NBC and Claude during the game he was pulled because he was still feeling under the weather from his sickness a few days before.

Has any player ever gotten a No-Goal Hat trick before? I was seriously hoping for one for history purposes…it was the only way i could keep watching how horribly the Bruins functioned.

that would have been incredible

If anyone can do THAT…I think the Bruins are a safe bet to make.

I mean…Stimpy had two waved off and one good goal…he was very close…he almost had the whole trifecta (Offside challenge, Toronto review, goalie interference). And i wouldn’t have been surprised if his good goal was waved off from Bergy “playing the puck with a high stick”.