Well folks, its the second night of a back to back, after a game against the Rangers where the Bruins played well, but uh… umm…. dammit.

So now, we have ourselves a visit from the Florida … err… … er… …err… FancyCats (although that last one would work too) for a key divisional matchup in hopes of steering out of the skid (incidentally, the Cats are coming off a 4-2 loss to the Rags. Not the same score, but close enough I guess). Despite losing 4 straight games, the Bruins still have a hold on 3rd in the Atlantic, because the Wings seem pretty determined to screw up their 24 year playoff streak, and all 3 Canadian teams (also Buffalo) really shouldn’t even get participant ribbons this year. Man this division blows goat. That said, the Wings (currently just out of the Wild Card race behind the surging Flyers) are at 83 points in 73 games vs the Bruins have 86 in 74 (yes, the Wings have a game in hand, but the Bruins currently hold the first tiebreaker with 35 ROW to Detroit’s 34). Tonight is a pretty game in this regard, as the Wings have the considerable fortune of playing the hilarious failure that is Montreal (can you smell it? The smell of Failtreal? Its wonderful. At least if you can overlook the usual flatulent aroma that hangs around that team like the farts of a man who lives on Taco Bell alone.) So, the Bruins have to bring the heat tonight, OR ELSE (although the Bruins would hold the 3rd place spot if things all go the worst way possible… and goddammit I just realized I want the Habs to win a game. WHY ARE YOU DOING THIS TO ME BRUINS????!!!! CAN’T YOU SEE THE PREDICAMENT IN WHICH YOU HAVE PLACED ME???!!!!

ah. umm….. looks around furtively, realizing he has actually been shouting out loud… So, about this game.

The Bruins didn’t have a morning skate, so at the time of this writing, my best guess is something like last night, except with Vatrano starting on a higher line. Maybe Connolly in over one of Hayes or Ferraro? Who knows! Given that Tuukka didn’t finish last night’s game, I have absolutely no idea what to expect in net though. I can’t imagine (that took me 5 tries to spell correctly…) that means Gustavsson, who was a disaster in the 2 periods he played last night gets the nod, so if Tuukka can’t play, does that mean Smith could get his first ever NHL start (please no)?

Honestly, I can’t find a damn thing. Their twitter? Nada. Litter Box Cats? Nada. Not that it matters. Some Thornton (or not? *shrug*) some Smith, some Roberto Luongo, and a whole bunch of JAROMIR MOTHERFUCKING GODDAMN JAGR but otherwise… some dudes skating with some other dudes?

Well this could have gone better

Also, its Claude night, so ALL GLORY TO THE HYPNOCLAUDE 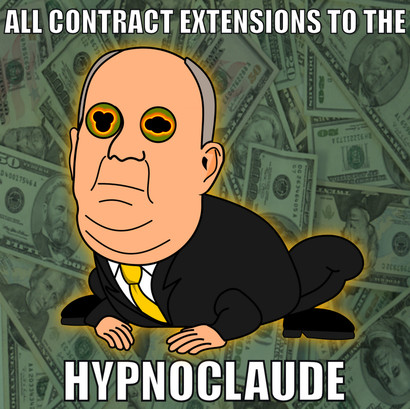 uhhhhh…how did I completely miss the first period?

DST is an idea that has seriously outlived its usefulness. Assuming it ever had any.

What we call the time of day is arbitrary, regardless of whether we use DST or not. Let’s just decide what time it is and stop fucking with it.

I never got why people get so upset over it. I can see it a bit more now with kids

I don’t get upset over it, I just don’t see any point in it.

That’s actually a thing in Europe?!

The fact that I probably know this? Shoot me & put me out of my misery.

How are we looking?

The first just ended & we haven’t given up any goals, so better than the last few games. We haven’t scored any either, so not that much better.

Damnit I hate the delay of game penalty. What is Chara supposed to do there, let them score? No he had one option to bat the puck away, sheer dumb luck it went over the glass.

Yeah, that rule really needs to be revised to only apply to intentionally sending it out of play.

There is no way that could be properly enforced though.

I think you just made a hilariously self-defeating argument here

Yeah, I’m aware that my proposal would rely on the eyes of refs who seem to have a decided problem seeing jack shit, but it would at least reduce the number of uncalled-for delay of game penalties. They would have to call some of them unintentional, right?

Also what drives me nuts with that is that a goalie can purposly deflect a puck out of play and it’s a normal hockey play. THERES NO DIFFERENCE!

Goalie are allowed to do things no one else can. Close a hand on the puck, send the puck OOB on purpose…

It’d be less craptastic than having them all be penalties.

I disagree. Then you’ll have complaints of bias

Well, not for that one.

So do comments no longer update in real time? They used to show yellow but not getting that now and need to refresh to see new comments

They are for me

They don’t auto-refresh if you aren’t logged in. But it usually can detect who you are via some cookie it checks. So it lets you post in “Guest” mode, but does not refresh.

Apparently I am not logged in. Didn’t realize I actively had to do so. Thanks for the clarification

Usually don’t have to but now that I think of it, it logged me out before the game tonight as well.

Re: Panthers lines/pre-game stuff – I had the same problem last time. I guess it’s a small market team
thing? Maybe?

Perhaps? Seeing as not even their SBN guys had any idea. Bruins were just a pain today and kept it all a secret until warmups

Beleskey was digging for truffles, there.

Evening, all, ALL HAIL THE HYPNOCLAUDE!

I wish, this stuff is great. I could grab three more, though, and I’ll have my 3L.

For my part, I have some ‘gansett Coffee Milk Stout.
No 3L can, though.

I haven’t tried it but hear great things… from you jerks, of course