A Habs friend of mine needled me about Bruins fans having to root for the Habs against the Wings last night. At least they don’t play anyone we care about for the remainder of the season. As far as upcoming Bruins games, it’s looking like it’s all gonna come down to that April 7 game against the Wings.

Ah, but the upcoming opponent Hawks will be without Keith for at least the immediate future after he slashed a guy in the head last night. Given Keith’s suspension history and the viciousness of the slash, we may see a suspension that extends into the playoffs. Corey Crawford remains out with a head injury, so the Bruins have the opportunity to face a backup goaltender. Oh wait, that’s bad.

All 30 nominees for the Masterton Trophy have been announced.

Has Jimmy Vesey already decided on the Bruins? Can he sing?

For those of you that picked the “over”:

He pulled a Duncan Do-not.

I was really busy for about 4 hours this morning, but now that my printer is done, I keep asking my supervisor what he wants me to work on next, he just looks at me like a confused puppy, then walks away. So I guess I’m doing nothing?

I’m eating lunch in someone’s office who got evicted to the other building so they could make his office a conference room. Now it’s a room with a table and a pile of samples. Thinking I’ll crack some open. That kind of month.

I feel like a rudderless ship today. I have been wandering around all morning and have nothing done.

Good for them. I’d like the Atlanta Jet Winnipeg Thrashers to do good.

Agreed. If a Canadian team finally wins a Cup again, I hope it’s them.

I used to. Now I specifically want Dougie to not win.

Love their old school jerseys. They also won the Cup the year I was born

Any other city in Canada that’s not Montreal

Or, as Deadspin always uses: “Getting hit by a car”

Honestly, who the hell signs in Winnipeg?

Manufacturing: WE’RE OUT OF THIS ITEM! OMG! WE NEED MORE! YESTERDAY!
Me: First, why did you wait until you were out? Second, I have you 100 back in December. You already used them all.
Manufacturing: [blank stare] Let me check the cabinet. Oh look, we still have at least half of that left. Thanks!
Me:

at least you were able to successfully stop something from being blown way out of proportion..and at least they went to someone smart that knew how to look into the issue and fix it the best way possible.

This is a rare occurrence. Almost on par with spotting a unicorn.

Why is engineering responsible for manufacturing having stock? Shouldn’t purchasing / planning cover that?

Certain items are…complicated. I could write a fucking novel (maybe even a modern epic) on this. So I’ll just respond with this:
http://cdn.makeagif.com/media/7-31-2015/jX8KS1.gif

aww I can’t see it

Good god I am bored out of my mind at work today.

What is your job description?

Administrative assistant at a financial office. Just a slow day and not much going on.

jealous. My PM is all over my ass today to get me to get this printer done. "No, I'm purposely fucking around to not get it done, leave me alone!"

Gotta love it…we have the same issues here… “THIS IS A VERY HOT ITEM WE NEED TO HAVE PROGRESS MEETINGS AND IM GOING TO BOTHER YOU ALL THE TIME AND TRY TO ADD NEW BODIES TO IT THAT NEED TRAINING TO SLOW YOU DOWN BUT ITLL GO FASTER BECAUSE MORE PEOPLE = MORE WORK DONE”…how about …no meetings…stop breaking my concentration…and STOP ADDING PEOPLE THAT WILL JUST MAKE MISTAKES AND DONT KNOW WHAT THEY ARE LOOKING FOR AND LET ME DO THIS.

YES THANK THE FUCKING CHRIST! Bodies /= faster time! I then have to show them what to do and it takes time AWAY from me. I’ve been here 9 years preaching that, you’d think someone would fucking learn by now.

They never do…wanna know why?…because assigning people to impact items shows upper management that they are “doing their job” as resource managers. It is basically to remove heat from their backs. It generally stems from a failure of knowing the limitations of your employees.

The last time i flew out on business travel i almost quit because we got a new resource manager who did not trust my own estimate that i could get the job done as i needed. granted i cut it close, but the only reason it was that close was because she failed to deliver a resource i requested as an imperative need.

Basically came down to the following..they flew me out for 40 days to support a task. During that time i did not have priority to complete the task meaning i got time either during lunch or between the hours of 10 pm -2 am. The engineer who was my floor support put in his two weeks notice and the new manager pissed him off so much he left a week early (day two of me being there)….during that time i requested a new engineer who had the power to sign off on documentation. Instead she gave me an intern which did not have the signing power. I finally got one on day 30 of 40. On day 37 I finished. If i had that resource on day 7 i would have been done on day 20. But the Manager decided that i was the one to be held accountable and demanded i stay past day 40 till the work was done while she went on vacation days 31-34 which was the time period that would need her to sign off as approver of the project. If i was not done on day 40 i was going to hand in my resignation and fly home anyways.

Sorry for the rant…but …it needed to be said. lol

Sounds like your resource manager is a blubbering moron.

My best comparison i can give is Hillary Clinton. Doesn’t care how she gets there or who she ruins to do so she just wants to climb the chain of power and somehow it happens against the overall knowledge by anyone that has experienced how she runs things is “how is she not fired yet”.

My best comparison i can give is Donald Trump. Doesn’t care how she gets there or who she ruins to do so she just wants to climb the chain of power and somehow it happens against the overall knowledge by anyone that has experienced how she runs things is “how is she not fired yet”.

I am the opposite. Come help me do some billbacks. Thanks.

I’ll pick up some OK beer on my way there.

BULLET POINTS, FOR MY PLEASURE: 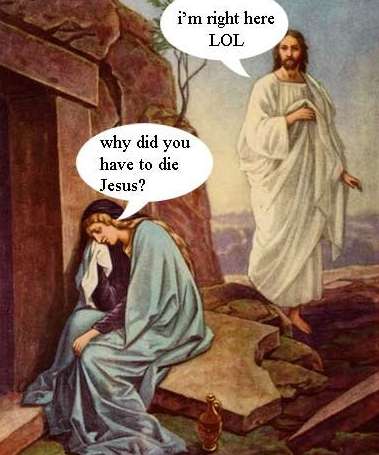 Enjoy a conversation from this morning:

Coworker pal: Well, my new gym is in Medford and I’m not too sure about it. It took me half an hour to get here this morning.
Me: How long did it take you to get here from the one in Everett?
Coworker: Half an hour.

Ill build your spread sheet if you come help me pack things into boxes for me while im away.

They call me the kind of the spread sheets.
I got them printed on my bed sheets.

GH’s recap is up

pretty much sums it up

Morning All! Fuck you, Kincaid! This guy couldn’t stop a beach ball until last night. WTF?

On tap is coffee with bourbon and ibuprofen.