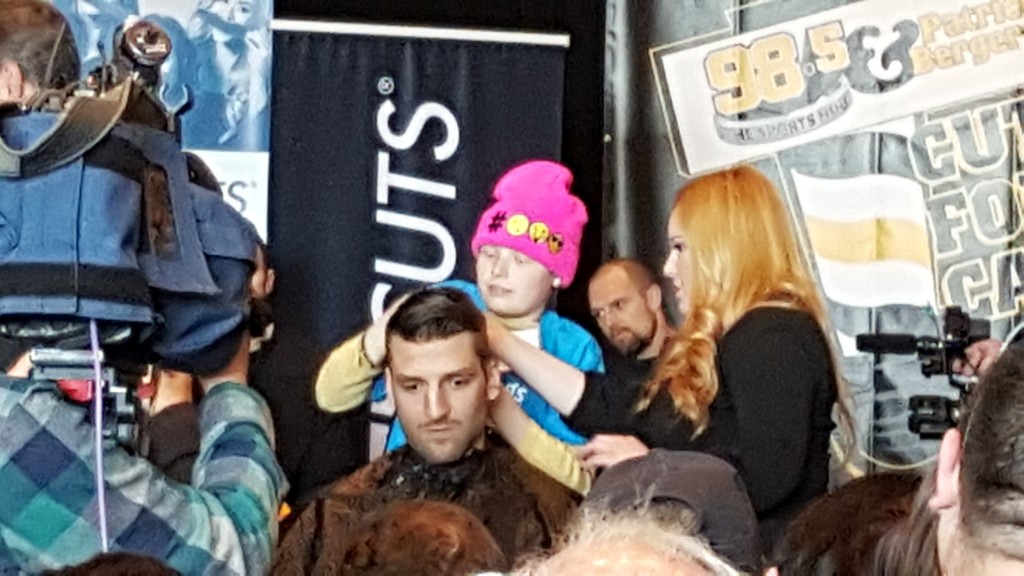 Patrice Bergeron and Toucher and Rich hosted The 9th Annual Cuts for a Cause at the Westin Boston Waterfront down in the Seaport District. The event has come a long way from it’s humble beginnings in the basement studio of WBCN, where Fred Toucher reminded us Aaron Ward and a handful of other Bruins players started this new charitable tradition to benefit multiple children’s charities.

GH: This was my second event, my first was when it was held at the Park Plaza back in 2014, during the height of my Bruinsmania, when Shawn Thornton was the host. Although I think this venue was a little difficult to find, in that we took every wrong entrance that we could, the actual space was set up so much better; it was a little more intimate, and having Dave Goucher and Bob Beers doing the interviews on a side stage was a nice touch.

IW: Since we got caught in traffic, Patrice Bergeron was already set up in a chair to be trimmed (as were radio hosts Rich Shertenleib and John Wallach – Fred Toucher wussed out) When I’d first looked up the web site, it looked like radio hosts Felger & Mazz had also signed up, but we didn’t see them there – not entirely surprising since this event was simultaneous with their radio time slot. But the entire Bruins roster was there (including a few of of the P-Bruins call-ups) to participate.

GH: Yeah, Felger & Mazz usually do it in their studio, and since they’re simulcast on CSNNE, participants would be SUPER FAMOUS. Nah, it could be free advertising in a way.

What I did like was that Patrice was the first one to get his haircut, by one of the children currently in treatment for cancer, and he was quite bald by the end. I love seeing that kind of leadership. Also, I liked that several of the Bruins that were purportedly not getting their heads shaved indeed were, not by bidders, but by the kids. Well, except for Loui and Tuukka.

IW: Yep, though a few of the guys lucked out – Krug, McQuaid & Stempniak got reasonably nice haircuts. I’ve got to admit to having some sympathy for Tuukka not getting shaved – he had some pretty nice flow going today. 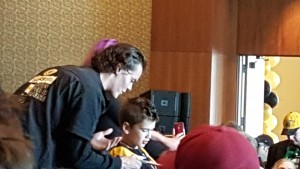 Tuukka Rask trims some hair for charity at the 9th annual Cuts for a Cause fundraiser.

I don’t know how Seids will get by after having his flowing locks trimmed… Seeing him before & after was like night and also night.

Chris Kelly also took part as a victim participant. It was nice to see him at a Bruins event, even if I don’t expect to see him on the ice this season.

GH:You and flow, huh? I guess I don’t get it since hair usually grows back and quickly. Well, at least mine does.

Anyway, McQuaid and his co-stylist did a number on poor Pasta’s hair. He was a good sport since he (Pasta) wasn’t going to have his haircut until a last minute decision. It was handled well. What an awful haircut though. 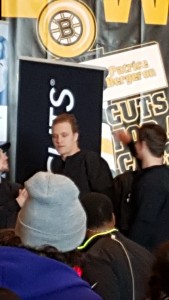 David Pastrnak after his haircut by Adam McQuaid and assistant.

Also, loved that some of the guys from Providence got into it. Obviously, Vatrano has been up with the big club for the past couple of weeks, so calling him a P-Bruin is subject to interpretation. He was joined by Seth Griffith (yes, I spotted him right away since he has a classic profile) and Austin Czarnik. In fact, I think Noel Acciari was part of that grouping. Love seeing the kids in on the action. 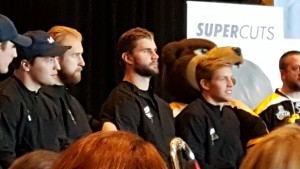 So, would you like to talk about Brad’s performance?

IW: First, I’ve got to give a shout-out to Griff & Czarnik, who were called up on emergency basis this morning, only to get an unexpected haircut.

Now, Marchy? He was having lots of fun today. First he was “helping” Torey Krug get a haircut – I think he had an ulterior motive to make sure Krug wouldn’t be taller than him at the end of the day. Then he got on Tuukka for his love of only the finest of Death Metal. Finally, we had a surprise performance from “The Brad Street Boys”. He and Toucher shared some crooning of some of Brad’s favorite Backstreet Boys material. We’ll have to give you guys a taste of it.  Don’t quit your day job, Brad.

GH:I loved Brad today. He’s the perfect counterpoint to Bergy’s relative shyness. His singing is just as awful as you can imagine. I did take audio, about 20 minutes of raw stuff, that I am hoping to make into a Bearly on Topic Bonus Bear by the end of this or early next week.

Toucher incorrectly identified Tuukka’s choice in death metal as being Norwegian. Everyone knows that Swedish Death Metal is better than Norwegian, and Finnish is better than Swedish. Duh! Anyway, Brad was ragging on him about his other music choices.

I regret that I didn’t bid on or win a chance to shave Seids’ head. I really wanted to speak German at him. I know that I would have said something completely stupid like “Die schwarze Kuh mag den blauen Himmel” or something similar. If we go next year, we need to get the VIP tickets.

IW: Yeah, we would have enjoyed taking a bigger part in this, and I’d enjoy watching you get tongue-tied. But Brad Marchand has no regrets. It was a great little event, and raised $100,000 for the floating hospital. 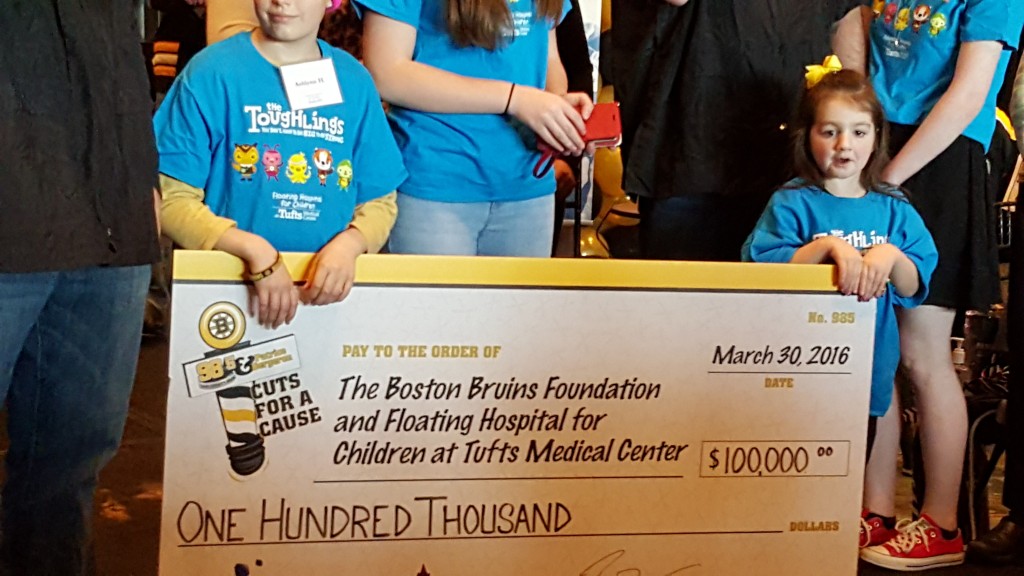 Nothing beats a first-person account, i vicariously enjoyed this.

Maybe the streamlining will help his game?

Awesome reporting! I kinda wondered if you would end up bidding.