As many of you know, I am a proud Rhode Islander, or Icelander based upon the recent attempt at a tourism campaign, and we have this wonderful flag to symbolize hope not only our tiny state, but for the nation. Today, I would like to extend that hope for the Bruins to make the playoffs.

I have hope. It’s about a shot full, maybe two, depending upon how you look at it. Admittedly, this glass is probably two shots worth. 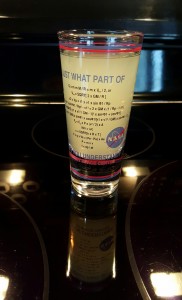 Each period I’ll document how much I have left for your viewing pleasure.

Some people pair wine with dinner, or even beer, I like to pair songs with despair. Each thread, I’m going to share a song or two that sums up how I’m feeling about this all-important game.

Okay! By now we know that it is an uphill climb to get a playoff berth. Here are all the scenarios for them to make it: Bruins must win tonight and against the Senators on Saturday, Wings have to lose both the game tonight and Saturday against the Rangers, the Flyers just need to engage in spontaneous combustion and cease to exist. Actually, if the Wings would just do the polite thing and do that as well, that would be just peachy. Whatever happens, the Bruins somehow did this to themselves. 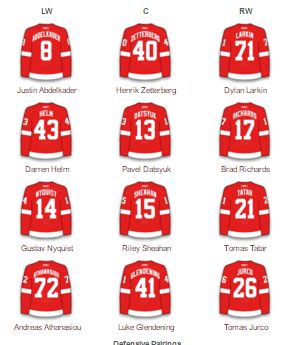 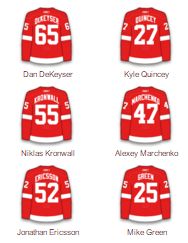 So, what are you doing to ease your mind tonight?

Tonight’s #NHLBruins game against Detroit will now be shown on both NESN and NESNplus.

Awesome! Everyone out of the pool! (and into the other pool…)

hm, the thread doesnt seem to be auto updating for me.

Its behavior for me is loading more messages when I reach the bottom of the page.

Doing both for me. Maybe because we’re busy tonight.

ah, so my problem is I like to have the newest posts at top so I never get to bottom of page.

also gets a little clunky when theres this many comments

Nylander with the assist on TOR #2 goal, I think he’s trying to help!

what am I missing here?

Toronto beating Philly would help us.

I meant the Nylander part in particular

Wants to help his buddy out as much as he can?

get some shots on…

A hooker from Detroit? Perish the thought.

Hear you can find them around a lot of dives.

That song ruined Warren Zevon for me and I hope Kid Rock gets raped by a polar bear for that crime.

Polar bear? I’d rather it be a polar bear sized duck.

I had to think about this one, and dude, you are one evil motherfucker

If only Kid Rock and ICP would take each other out.

I wish we’d be so lucky

To which we would all shout, “FINALLY! AND GOOD FOR YOU GUYS!”

And magnets. How do they work?