People shot at each other in Lexington yesterday.

Yesterday was Patriots’ day in Massachusetts. The day we celebrate getting an extra day to do our tax forms.
There was tons of stuff going on yesterday, but not all of it in the world of ice hockey.

Things that happened yesterday in NOT HOCKEY:

The Ethiopians kicked our asses AGAIN! Why does this keep happening to us? I guess I’ll just console myself with another pint of Ben & Jerry’s.

Then there were NHL Playoffs to watch

Ovi scores from a place OTHER THAN the left faceoff dot. (yes, it does happen) @washcaps are up by 2-1 #PHIvsWSH

Feel bad about how your playoff bracket is going? It could be worse…

NHL analysts give me some diagnostics on how SAP's bracket is faring this playoffs….seriously, how's it goink? pic.twitter.com/2ayvSH8oW1

SAP’s bracket HAS to be a joke.

SAP is clearly a joke in general.

As a company that uses SAP as it’s inventory software control. Yes. It is a disgusting joke

Hey, I’m back! I had a great time at the Roadburn Festival, apart from the very end where I got hit with a beer bottle in the back of the head by a drunken idiot who wanted to fight me. Witnesses called the cops faster than I could and the guy was hauled away in handcuffs. I’m physically just fine, but I’ll stop by the doctor’s office tomorrow to have him check me out (no concussion symptoms so far).

Oh and I owe a NYR-PIT recap. Will do that even if one was already done, if only for the practice.

Shit, you got bottled? Yikes. I *nearly* got cleaned with a heavy pint glass at a show a few years ago, but some other poor bastard got in the way and caught it in the back of his dome, so I was just in the cone of beer and broken glass. Count myself real lucky there.

Yeah, it was outside a bar where one of the bands was playing. The people involved weren’t festival attendees. Just drunk and looking for trouble, I guess. It’s likely the most expensive beer that guy has ever bought.

I got my head checked after an incident like that, but they didn’t find anything!

Did you get it checked by a jumbo jet? I hear that’s not easy – but nothing is.
Woo hoo!

People shot at each other in Lexington yesterday.
Are you sure that wasn’t Dorchester?

Puppy dogs in the house for a few days!

Are you sure that wasn’t Dorchester?

Hey, it could have happened in both places!

One year, I swear I’m going to do ALL the Patriots’ Day activities.
I’ll probably DIE when Patriots’ night arrives, but it will be worth it. I am a Bostonian, damn it.

You’ve got a point on that one.

Morning all. Had a dream the planet was being invaded by mutant aliens. I am very tired this morning after running away from lots of mutant aliens.

Seems like you might have a conditioning issue. Tonight you should try dreaming about running away from plain-old mutants, and work your way up to mutant aliens.

Is there an alien invasion work out plan? That just might be the new fitness craze.

WHY IS SURVIVAL SUCH A HUGE EFFORT?!?

YOU’VE GOT TO EARN THE PRIVILEGE OF BEING NOT DEAD

I’M THE JORDAN CARON OF THE MUTANT APOCALYPSE!

It’s a good thing I have my own office.

This may be your best creation yet

Yeah, hooves and skates look exactly alike! I love it!

Hahahahaha oh lord, I missed some fucking gems this morning

Uh.
Glenn’s got a point here.

I watched zero hockey yesterday, but I saw that awful hit by Bellemare on Orlov.

That’s about all I saw live last night, too. He’s sitting a few at the beginning of next season, no?

oh yeah he is.

Although watching the replay (didn’t see it live) it looks like he’s trying to ride Orlov into the boards, the “bear hug” type play but with Orlov so low Bellemare can’t get low enough to pull the move off & just drives him head first into the boards. His concern immediately after the hit is commendable IMO. Funny how the Caps scrum after doesn’t even include Bellemare

Funny how the Caps scrum after doesn’t even include Bellemare

Yeah, that was really weird. After the hit or Orpik earlier, I think the Caps were just done with the flyers as a team.

I don’t think the hit on Orpik was even close to bad, to be honest.

I agree, it seemed clean-ish.

But the hit doesn’t have to be bad. The result was bad. Combine that with a bad hit later and MORTAL KOMBAT!

THEY ARE WHO WE THOUGHT THEY WERE!!!

And a huge fuck you to the douchecanoe that threw a bracelet at Orlov.

Look what I bought!

You bought a bus station bench? Did it include the hobo pee?

But I really bought this. It will on on the patio.

I suppose the next question is why? Its basically the least appealing seating arrangement outside a row of rusty spikes

We really have different tastes. I love this kind of stuff

Screw it. That other photo just doesn’t want to be here.

It’s not exactly the Barkolounger, but it has a certain appeal.

I am the hipster your uncle always wanted

You are killing it this morning.

I needed this mug yesterday. And today. And pretty much forever. 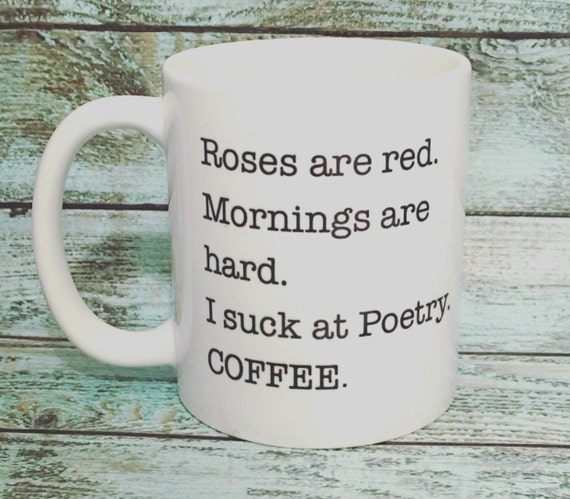 Buy me one too!

Much hockey watched. So much so that I was confused by a tweet recieved this morning concerning a quinoa salad. (Wait, people do that? They don’t sell that at the rink…)

Disappointed that Minny woke up late in the 2nd last night. We weren’t enjoying the series much, and were hoping for a merciful sweep.