Hockey was played and stingrays were swimming yesterday. In fact, some stingrays played hockey yesterday!

And while I’m talking about hockey and stingrays…

The Capitals come into this game behind 1-3 and facing elimination. Will they survive or go quietly into the night?

First Period
Early in the 1st period, Penguin Bryan Rust takes a hooking penalty (which should rightfully have been given to Evgeni Malkin) resulting in a Capitals power play. Alexander Ovechkin, to everyone’s great surprise, sneaks out to the top of the left face-off dot, and tries a one-timer from there. Further surprising everyone, he roofs it successfully. No one could possibly have seen that coming.

Late in the 1st, the Penguins get a powerplay via a Niklas Backstrom interference. (Does this mean we don’t have to see any more of those lousy Geico commercials? Probably not.) The Caps do the traditional box, but the Pens move the puck at will outside it. Phil Kessel takes a shot, which Braden Holtby stops, but Chris Kunitz is hovering at the crease to sweep the rebound into the net. Tie game, 1-1.

Note John Carlson coming over for his patented “cross check the guy after he scores and is beginning his celebration” move.

Second Period
Early in the 2nd, Ian Cole would slash Tom Wilson. Did Wilson deserve it? Wilson always deserves it. However, the resulting power play is trouble. In it, Ovi would take a shot that would rebound & T.J. Oshie would tip in. Caps lead, 2-1 NHL.com gave out assists for that – I don’t know why.

Also in the 2nd, Penguins defenseman Brian Dumoulin, under pressure from Jason Chimera makes the ill-advised choice to pass the puck to non-teammate Justin Williams in the slot.

Williams would put that puck in the goal as if it stung him. 3-1 Capitals.

Final box score: Capitals 3, Penguins 1, Penguins 31 SOG, Capitals 19, Pens slightly ahead in hits, 28-26
So in general, Holtby good. Murray, ok. (And Holtby was really really good). Shots favored the Pens, but the Caps came to play and won out.

Note that 3 of the 4 goals in this game were the result of power plays. And the 4th was stupid.
Really
Really
Stupid.

There were only 7 power plays in this game. You guys suck at penalty kill. Go home.

Capitals win and live to fight another day. Penguins lead the series 3-2.

I did not watch much if any of the Blues-Stars game today because I decided that I needed to celebrate my birthday a day early with my friends Mark and Wendy, who came up from Long Island. It was a lovely time full of aquatic life, my stingray minions, and lovely Italian food in the North End.

Robby Fabbri scores his second goal of the playoffs with a wrist shot at 6:00, not so much because it was a good shot, but because it bounced off of Stars forward Brett Ritchie‘s skates.

Alex Goligoski scores with a wrist shot to tie it up.

The teams were on very good behavior as there were no penalties this period: no infractions, no Power Plays, No penalty Kills.

Jori Lehtera makes a great save, and he’s not even a goalie.

Lehtera makes the save pic.twitter.com/uOts7E3Ewg

At 10:31, the Blues add one more goal to break the tie when Dmitrij Jaskin scores on a wrist shot, Blues 2-1.

overhead is very helpful here because every other angle, did not look like it went in pic.twitter.com/weLaVBs05A

Troy Brouwer scores on a wrist shot to add to the lead late in the period.

No penalties in this period either. The teams would save all the bad behaviour for the Third.

There were plenty of penalties but no resulting Power Play Goals, so we’ll not discuss them.

Kari Lehtonen leaves the net with 2:44 to go and this happens:

not the ideal person to pass it to pic.twitter.com/gLSiNkG4Wm

The Blues have benefited from having excellent goaltending by Brian Elliott, pictured here: 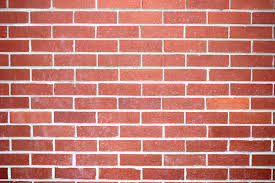 The Blues can clinch a berth in the Western Conference Finals for the first time in forever with a win Monday night in St. Louis. Maybe they should get new Hockey Twitter Sensation Tony X in the house for that one?

Dainius Zubrus is in the lineup for the Sharks tonight for Tommy Wingels. My guess is that each team has some guys that require more rest after the Overtime-a-thon from the other night. For the Predators, Mike Ribeiro is back. Ugh.

Essentially, this game could be summed up in this way because Pekka Rinne was porous and not on his game:

Just add four more goals for the Sharks and only one against by the Predators and there you have it. Sharks win, Predators lose, 5-1.

The Predators are on the brink of elimination again. They’re getting used to this but may not overcome it this time. You see, the strength of the Preds is their defense, well 2/3 of their defense; when they’re exhausted, it leads to losing. Offensive talents like Filip Forsberg, Ryan Johansen, and Craig Smith haven’t been performing well enough. If Rinne allows more than two goals per game, they’re screwed because the offense isn’t scoring. It could be that they’ve simply overplayed their current talent level and the Sharks defense is just better than the Ducks’. Either way, Nashville needs to pull it together Monday night at Bridgestone Arena at 9pm.