It’s that time of year again…

This is an interesting development…

Via text, Darryl Sutter agreed with Dean Lombardi that he is "still undecided" about coaching LA. Sutter said he is watching to see…

I’ll believe it when I see it.

In real developments, the Minnesota Wild has selected Bruce Boudreau as their head coach.

#mnwild has agreed to terms with Bruce Boudreau as the team's new head coach: https://t.co/ycdGU2rgvy pic.twitter.com/damzDEmCLV

How’s that working out for you, Brad?

And the Senators have also selected a new head coach. 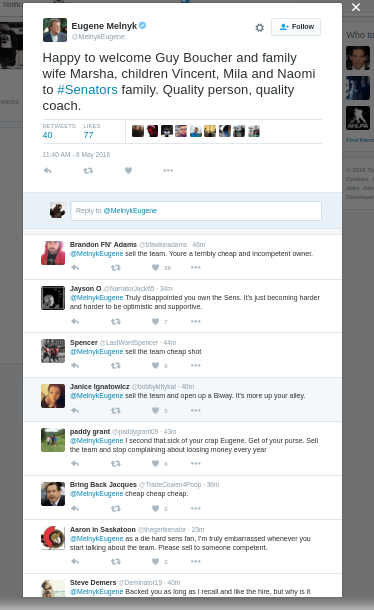 Not blaming Matt Murray but at what point does Mike Sullivan give Marc-Andre Fleury a little taste of game action? One more?

After Murray let in 3 goals in Game 5 loss, Fleury may be in net for the Penguins' next game https://t.co/xYi6IDfzMQ pic.twitter.com/tf85sdjB3O

I also just decided that I want Pasta and Vatrano on the same line next season (be it with Krejci or Spooner, it matters not) So that can be the Spaghetti and Meatball line

Sweden imploding after having a 2-0 lead

Problem is if Spooner is the C there, its almost impossible to shelter that line enough.

Talking to NHL execs & scouts this past weekend & name that repeatedly got linked to #Bruins was Panthers D Eric Gudbranson. 24 yr old RFA Something more on the “Low Event” side of things, please.

I’m even okay with high event, but not when the events are that tipped towards the “CA/60” stat line. And frankly, his CF/60 is pathetic relative to his deployment (thats a pretty stark O-zone bias there)

Well that ends that one. How does Jimmy Murphy keep finding work???

He's not, at least not for the next few years. About to sign new deal in Florida. https://t.co/1PsoZAS0Wy

I have no clue. At least he isn’t on ESPN anymore

Alexei Emelin got 5 minutes and a game misconduct for tripping.

I wish they’d banish him to Greenland.

What did he do, boomerang his stick at an opponent to trip him? How do you get 5 & 10 for that

it was a knee:
http://www.habseyesontheprize.com/2016/5/9/11640116/emelin-kicked-out-of-the-game-for-a-brutal-knee?utm_campaign=marcpdumont&utm_content=chorus&utm_medium=social&utm_source=twitter

Aiiieeeeee…here’s hoping that dude is ok.

No kidding. Zero regard for health on Emelin’s part. I wish he boomeranged his stick now lol

And as always, don’t read the comments. Yeesh.

I mean, it was that dirty Emelin hit on Lucic that backfired, causing Emelin to injure his own knee that inspired #BerkshireLogic 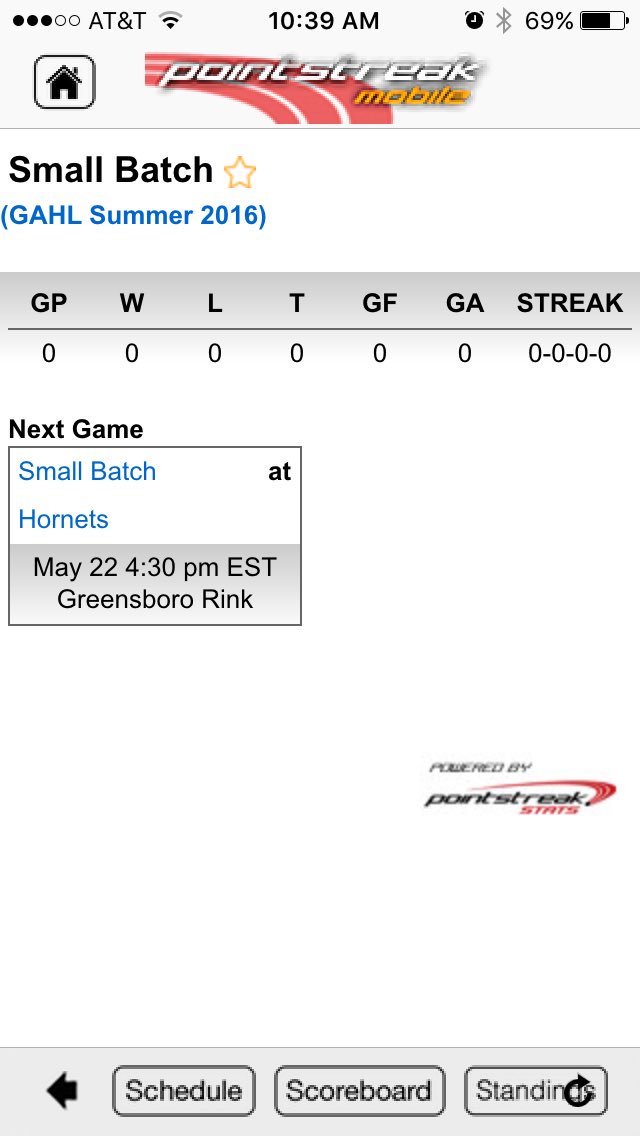 A haiku:
clouds in my coffee
this haiku is about you
if you’re my coffee

WHY ARE THERE SPACES BETWEEN MY BULLET POINTS AHHGGGHGGHHHHH

The mysterious drifter who stays in my house for a few days annually and pays for his lodging in burritos is here now, and I laid eyes on him for the first time in six years. He’s delightful!

There is a LOT to unpack in this bullet point

I never told you about him? His name is Mango. I’m serious.

The story is vaguely familiar.

And of course his name is Mango. What else could a drifter who pays for lodging in burritos possibly be named?

It makes perfect sense, doesn’t it?

So many questions. Does he just show up? Does he call ahead? Okay, so maybe only two questions.

He calls ahead and he may or may not be related to us, but I think it’s like, my cousin’s cousin. He brings the burritos in his luggage from California.

He is from southie but lives in San Diego now. He and my cousin sort of do a couch exchange. He stays in my house for a few days, and by the time I notice I can smell men’s cologne or aftershave or whatever , he’s gone.

Is my life a sitcom? My life might be a sitcom.

Your life is a sitcom.

Are the burritos any good?

I haven’t had this year’s, but they’ve been decent in the past!

But…but…Andrej Meszaros is The Butcher.

“mészáros” = “butcher” in Magyar (Hungarian). Andrej Meszaros is Slovak, but there are a lot of ethnic Hungarians in Slovakia, and Slovakia used to be part of the Kingdom of Hungary.

I knew a (Polish) guy at a previous job who was called “szewc” or “szewiec” or some such, meaning “shoemaker”. Which I never understood. Nice guy, very smart. I find this stuff amusing.

omg so many hockeys over the weekend. I think I watched eight games between the WHC and the NHL playoffs. There are four more WHC games today – omg two of which are on right now.

On Saturday, I realized that if I stayed up to watch the Predleys vs Sharks, the first WHC game on Sunday would start four hours after NSH vs SJS was over. So I just watched the first period and went to bed. Without using an alarm clock, my body said “Hockey time!” and woke me up exactly for the start of Magyarország vs. Canada.

Watching Confoederatio Helvetica vs. Norge, I thought I was listening to the Norwegian broadcast team until I realized that they were speaking in German. Swiss German, to be precise. Swiss German is WEIRD. It sounds like Norwegian with Italian inflections.

My body doesn’t even wake up with an alarm clock!

Rossija 2 Latvija 0 in the second period. Goals from Panarin and Dadonov.

Canada 3 Bielarus 0 in the second period. Goals from Brassard, Perry, and O’Reilly (O’Rielly?).

Yikes…Canada with the murderdeathkill…5-0 in the 2nd. Duchene and Hall scored. IW commented over the weekend that he was impressed by how much Canada is spreading out the goals. They’re doing the same today.

I always set mental alarms and they always work, sometimes too well (i get up way early).

Kick some ass, brother. Tomorrow is your hour.

Or, his twenty four hours, even.
http://images.onesite.com/community.beliefnet.com/user/callielou/fa3f74d0aeb3111f06ffcfc9edc8b1c4.gif?
(I really hope you read that in a snagglepuss voice)

Best of luck. I’m sure you’ll kill it.

Yay!
You’ve got this.

Not like you guys care that much, but I love my new apartment. My Bluetooth speakers, dual screen and bass amp set ups are much more enjoyable than I thought.

I bet it’s very exciting to have your own place! We talk far too much hockey on the morning.

I can talk about learning the theme to Barney Miller on bass.

Well, that is very interesting. I could talk about my stingray minions.

I would love that!

We do care, and I’m glad you love it!