A special message for the @SanJoseSharks to start the 2nd period. 👍#STLvsSJS #StanleyCup pic.twitter.com/rdssc0yoNR

After last game, I had all but written the Blues off. It wasn’t hard to at all after they basically just decided to take a nap for seven periods of play.

I guess the thought that they could be a game away from elimination finally woke them up. Or maybe they installed robot arms in the room to beat them awake.

Noted beard enthusiast Brent Burns goes to the box for Tripping Jaden Schwartz five minutes into the game. Ryan Kesler impersonator, Troy Brouwer, scores the first Blues goal in fucking forever at 6:14. Yes, it is a Power Play Goal and yes, Brouwer and Kesler have facial characteristics that are so similar it hurts my brain.

i fear for Brouwer’s sticks if this was offside pic.twitter.com/FAL1FDU1O2

Was it a goal though?

Logan Couture has a good chance to tie it up but is denied by Jake Allen and his right pad. Yep, that’s right, Jake Allen got the start this evening over Brian Elliott.

Jori Lehtera added to the lead at 10:11. At first, Martin Jones stops Robby Fabbri but a defensive breakdown allows the score by Lehtera.

The Period of Some Guy I’ve Never Heard Of:

So, yeah, I have never heard of Kyle Brodziak before. Should I have? 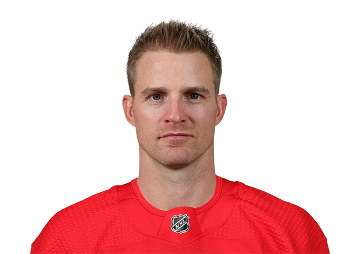 scored two goals this period, one short-handed at 6:09,

and again, this time at even-strength four minutes later

This goal was the final straw for Martin Jones. James Reimer would take over for the rest of the game.

I will leave it to the Sharks Twitter to update the score.

The Sharks finally get on the board with a goal from Captain America, Joe Pavelski, just after one minute into the period.

Joel Ward sends the puck over the glass and is sent to the box for Delay of Game at 3:48. Troy Brouwer scores his second Power Play Goal of the evening seven seconds later, making the Blues lead 5-1.

Chris Tierney adds to the Sharks tally at 6:57.

The Blues are not done scoring yet. I guess they needed to make up for lack of goals the past two games all in this one. Because that’s how you win at the hockey, right? Score all the goals in one game and win the series, right? Anyway, Alex Pietrangelo late in the Third, empty net, QUOTA, whatever.

The game is wrapped up by this goal by Melker Karlsson. It’s not really his goal so much as it’s Joel Edmundson‘s, but, that can’t really be scored. I mean it could but it requires something more like adding -1 to the Blues rather than giving a goal to the Sharks.

So, this time it was the Sharks that were asleep and they got gutted.

St. Louis played with a distinct air of desperation and dominated from beginning to end. Desperation is fine for a game or two; it’s not what wins the Cup.

Game Five will be back in St Louis Monday night at 8pm.