It’s official: Brad Marchand is getting closer to his perfect linemate Patrice Bergeron by getting his second piece of the Triple Gold Club with his “shiny” new IIHF Gold medal. Marchy was an important part of Team Canada that defeated Finland in the championship game. Now all he needs to do is get Olympic Gold. That can’t be too hard, now can it? He has a couple of years to get advice from Bergy for that. Or maybe he can just give Marchy one since he has two. Sharing is caring! 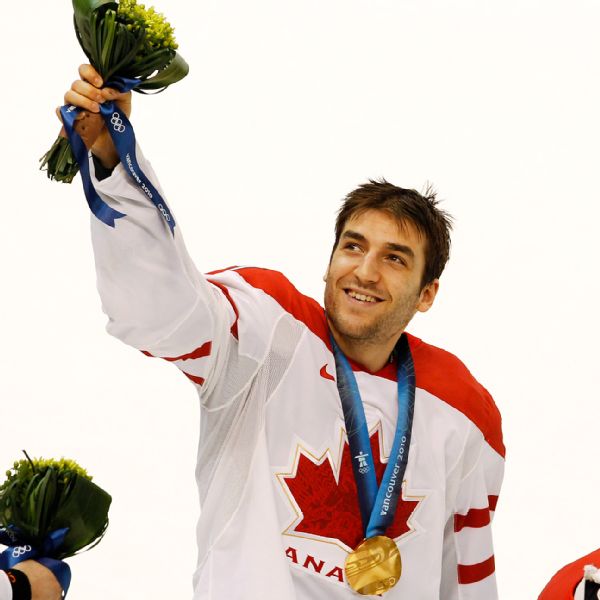 So, Finland with elite potential draftee Patrik Laine took home Silver, and the Russians, the Bronze.

Until Sunday I had never heard his name pronounced and thought he was the son of the former (RIP) lead singer of Warrant.

Obviously, I was missing the extra “a” and “i”, as is customary for most normal Finnish names. As it is, Laine does not fit my Finnish Names for Star Wars characters and it makes me sad.

May 22nd was World Goth Day. Naturally, we celebrated by playing mini golf and eating ice cream after a bitter defeat (well, my bitter defeat). I did wear much black and a skull necklace, so no need to fear.

Beer notes: The Narragansett Del’s Shandy is great in a can and sublime on tap. And Blue Point Toxic Sludge is a great black ale with a subtle smokey finish.

I know he’s a former Hab, but Georges Laraque did a good thing:

I can’t wait for Goodell to try to re-reinstate the suspension right before the Super Bowl, ’cause that is so totally where this is headed.

That would be interesting, though at this point I am pessimistic about the chances for a re-hearing.

Yeah, I agree; the chances of the whole court hearing this are very slim.

Morning All! Still on a high from the weekend! Two days on the river. Paddled my ass off Saturday. Surfedevery wave on the river, worked my way down through rapids, then paddled back up trough them, basically played every feature on the river. Didn’t have the energy for that yesterday, but still had a great day on the water. Plus, 4 – 0 versus zoar gap this season. Yay! Now to gear up for theYough next weekend. Lots of mowing on tap!

Now let’s see if they can finish the job.

I called that series incorrectly. Pens should have started Murray last night

It’s interesting how a “whatever” trade like Scuderi-for-Daley turned out to be such a big win for Pittsburgh and now a significant loss due to injury. It also seemed like Pittsburgh took their foot off the gas pedal in the last 5min of the 3rd period.

No doubt about it. Now they are in rough shape for game 6… either the kid with shaken confidence or the playoff disaster.

So a guy in my town has complained twice to my boss now that I’m absolutely horrible to him both at work and outside of work. Bitches be trippin.

Oh wait, is it a holiday over there? Memorial Day?

Next week. Unless you’re in Canada. Then it’s today (Victoria Day).

You’ve been asking for it, my weekly rec league hockey round up returns!

But I ain’t gonna say much. We lost 7-1. It was the first time our team played hockey since mid March. I forgot ALL of the responsibilities of RW. We have two youth coaches who gave all the wingers an earful. One latter apologized and calmly explained what I needed to do next game. I thanked him for the reminder and had a beer with him.

But really, we were bad. I think we were nervous and snapped when the other team gained an early lead.

Is this the purple hockey team thing? I have some recollection of you playing hockey and it involving things being purple. Or I’m delusional. Or both.

That was the purple team! I’m now playing hockey a town over in C2 level hockey. The purple league was cool because each team was allotted the same amount of C, B, and A players. I was playing against former pros in that league. I’m now playing for Team Small Batch against a bunch of bums like myself!

This league also uses a cool stats website. Here is my profile.
http://www.pointstreak.com/players/playerpage.html?playerid=9429526&seasonid=15627

As long as the beer stays cold, it’s a successful night of jockeying!!!!

It was a successful night!

Hey. At least it wasn’t a shutout?

Yeah! And we still had fun. After we got the lone goal, we relaxed and played much better. It was too little too late, but we know next game will be much different.

Northern NH in a nutshell, folks.

– I think it’s funny that I’ve started figuring out who writes the MFA just based on reading it.
– I did a lot of yard work this weekend in hopes that I’ll have a yard. And by yard, I mean green stuff (grass, weeds, crabgrass) vs. what we have now, which is just dirt in some spots.
– I forgot how much yard work sucks. It’s been a few years since I had to take of my parents’
– Watched some of the Pens/Bolts game last night. Missed the 3rd, but it got interesting in the 2nd at least.
– And the top story of my day: I got a random LinkedIn connection from a guy that we know from church (side note: he also has the most freaking adorable kids I’ve ever seen) last Thursday. When we got to church on Sunday, he came over and asked me if I was looking for a job and that he thinks there’s a position at his company that I might be good for. I have to get him my resume tonight, but he said he’d get it actually to the hiring manager’s desk. I actually applied to this job about a month ago and I know I fit the job description perfectly. Let’s see if I finally caught a break here.

I need to try this just for the name (and I love me some dark smokey beers).

Hey, best of luck with the job!

Good luck with the job! Definitely keeping my fingers crossed!

I have a solution for yard work: rock garden.

Have my brother mow your lawn! He loves mowing lawns

We have a garden. Our crop of rocks is only matched by our crop of tree roots.

Bet it can’t match my crop of (grub-infested) dirt currently.

If I ever move to Arizona, my solution will be a cacti garden.

Good thing to reach for if you fall out of a boat.

The real question is, what brand of gin…

Currently, my bar has Brokers Gin in it.

Not familiar with that one.

The real question is, Tanqueray or Bombay?

I’m serious though… wife was a bartender and noticed a trend. Generally seems to hold, wanted to further test it.

I’m almost entirely not a gin person, but I do like Hendrick’s and Monkey 47.

Not heard of the latter, the former is too much cucumber for me.

Monkey 47 is a really nice dry gin from the Black Forest in Germany.

I was amused/impressed with seeing pre-mixed cans of G&T. Was Beefeater which is atrocious so I didn’t try it

I haven’t gone anywhere near any of that stuff.

I’m always skeptical of the pre-mixed cocktails. They tend to use crappy mass-market booze, while I tend to be a top-shelf snob.

This is common practice in states like New Hampshire. It gets companies around the Alcohol Beverage Control.

Either. I’m not particularly picky.

Wow, you may be the first I can recall that didn’t have a preference between the two. They are pretty different flavors.

When the wife worked as a bartender she found that women overwhelmingly order Bombay while men go for Tanqueray. I’d say that has held true about 90% of the time for me.

I don’t have the most refined pallet in the world. Plus, I enjoy variety in my life. I very rarely will buy the same brand of any spirit two times in a row unless it’s something hard to replace like Kaluha. I currently have a tequila at my house with a stag on it. I don’t even remember what it’s called.

That said, if I find a steal on Four Roses like I did on my current bottle, I may not pass that up.

Nothing beats whiskey on sale.

Yeah, that sounds about right for those allergic to it (like me).

eeks…what are you allergic to in it? Its kinda odd allergy seeing how its the second most pure alcohol behind vodka.

I’m allergic to juniper, which is pretty much what makes gin ginny.

ah…boo…tis one of my favorite spirits.

Well, sadly, we will not share a toast of gin and tonics.

It is ok, i can toast over anything that isnt Vodka…so there shall be other options.

Fuck a bunch of gin! I have no use for the stuff. Jo however, says gin and tonic season is approaching! We have three handles of gin unopened. They were given to us by someone who doesn’t know me. We’re thinking of taking some to Mom’s birthday party and sitting back to watch the fun unfold.

The best brand of gin is bourbon!

Or when squeezed into some tequila and a splash of juice. Or when part of a wonderful concoction of fruit and red wine. Or when they are limes called “key” and are in pie form.

I guess I don’t hate it that much. It’s just rough when it has to be done in a tiny window. Also, planing seeds sucks because for the first week or two, it looks like you have nothing to show for your work.

True. I have all week. I take my time and enjoy it most of the time.

I think it’s funny that I’ve started figuring out who writes the MFA just based on reading it.

Should I take this as a compliment? I would also like to point out that there are a couple of other clues that could tell you who’s writing it.

Good luck with the job!

In case you haven’t listened to it yet, Kirk Luedeke’s latest podcast is up:

At the end, he hypes up Eeli (EHH-lee not EE-lye) Tolvanen, who will be draft-eligible in 2017. Holy fuckballs:

Sadly, unless the B’s have a disastrous season, there’s no way they’ll get Tolvanen, who’s likely to go in the top 5.