Happy Memorial Day, everyone! I was in Colmar, France on Saturday and visited the Bartholdi Museum here. He was the sculptor who designed the Statue of Liberty, and they had a bunch of prototypes/concept models on display. He was interested in Egyptian and Greek mythology, and it shows in these models – early concepts had an Isis theme, but he later switched to a representation of the Roman goddess Libertas. 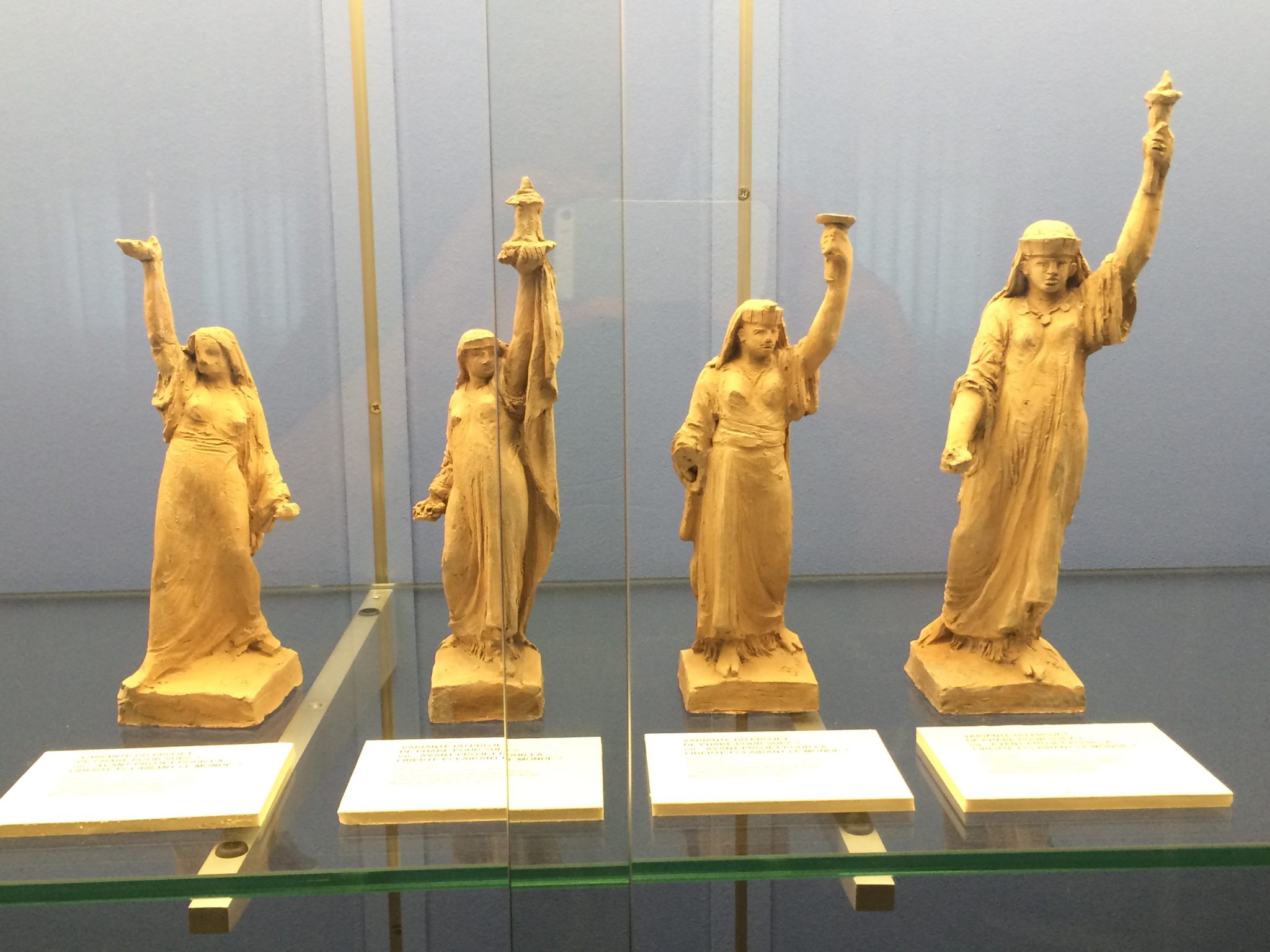 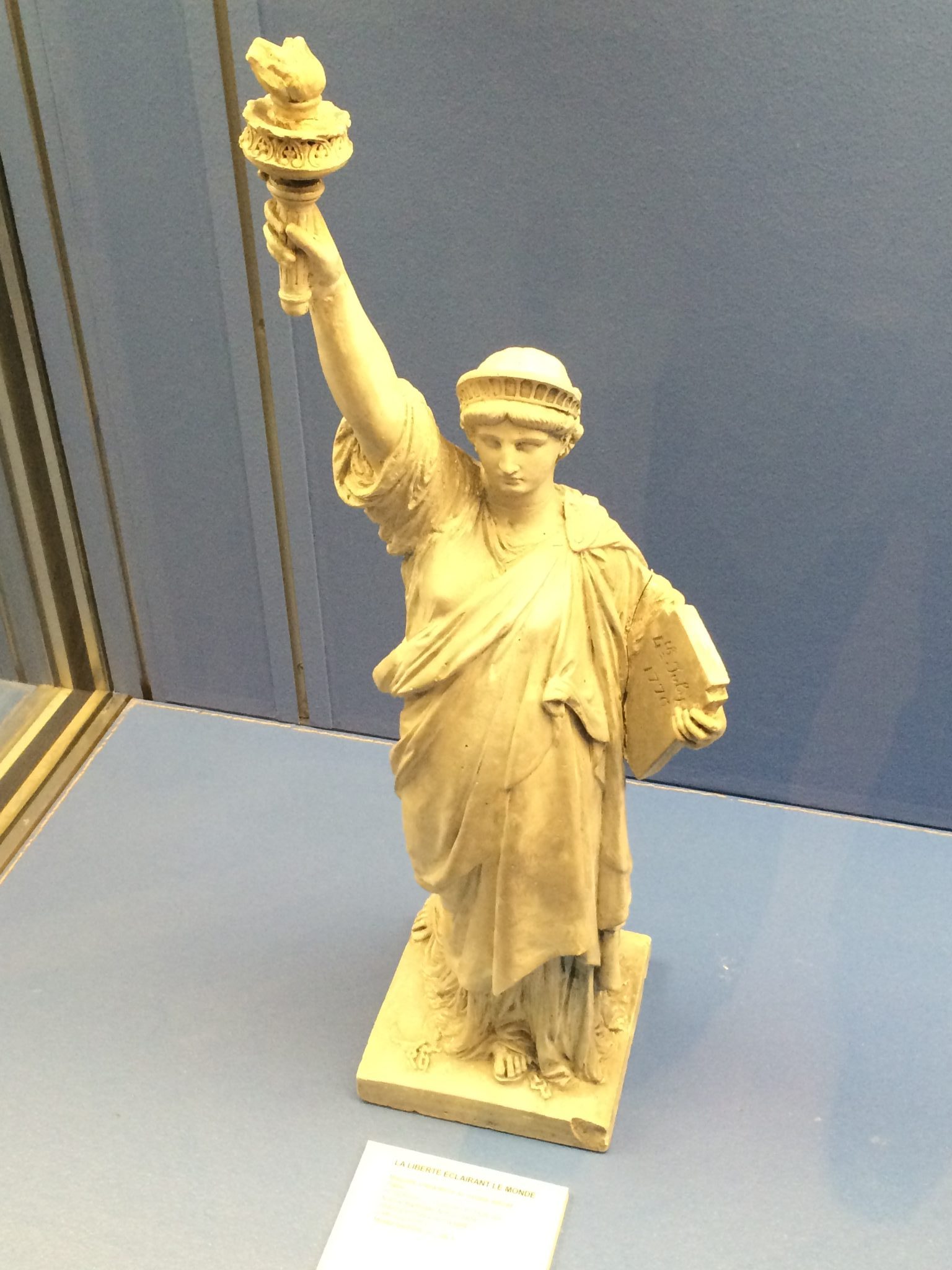 Stanley Cup Finals start tonight! Who you got? I’m going with San Jose in four because sharks eat penguins. What’s on tap?

Hahahaha. I think the only people rooting for the Penguins are from western PA and southern CA.

Good. Been missing hockey but watching the scores. Following the Bs and Canes offseason mostly

Sharks are on average an inch taller and nine pounds heavier than the Penguins. Gap is 12 pounds per player on D. #polakfactor

Both teams in the Cup Finals feature an animal with a hockey stick inside a downward-pointing triangle: 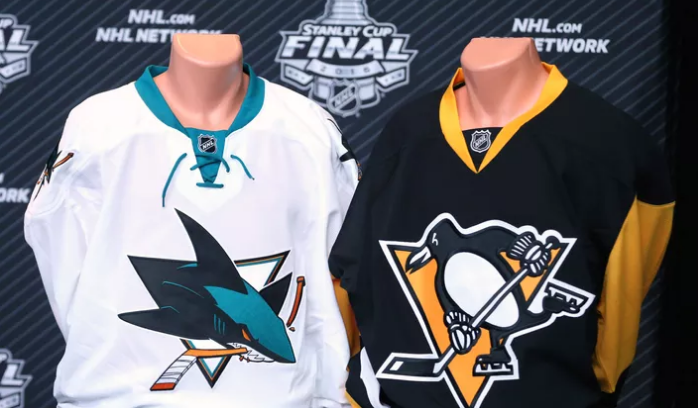 Only one team has aces though.

So it’s an Illuminati dream Final? Or is that upward point triangle?

It’s just secrete code for the triangle to be upside down.

It’s one of the nicer Cup Final uniform combos, color-wise, due to the near color inversion.

The wife and I got back from Knoxville, TN last night. My mom just moved there recently, so it was nice to get to see her and her boyfriend. They took us out on their boat, fed us good food, and took us to a place called Sevierville. Sevierville is a place that defies description (I’m sure BagelBruin can back me up on this). There are arcades, elevated gokart tracks, random safari rides, dinner theaters, upside down buildings, monster truck rides, and more lining the streets. It’s like redneck Disneyland.

Also seen in Sevierville, some asshole flying two giant confederate flags off of the back of his truck that also had a giant Montreal Canadiens magnet on the tailgate. Fuck that guy.

Also seen in Sevierville, some asshole flying two giant confederate flags off of the back of his truck that also had a giant Montreal Canadiens magnet on the tailgate. Fuck that guy

Jesus that guy can just suck it. In the most biblical of ways he can suck it

Not just Gokart tracks, ones that had multiple levels and spirals and all kinds of stuff.

oh man i need that.

I discovered that there’s more redneck in me than I thought. It’s frightening. I’d spend days doing all that Sevierville and Pigeon Forge have to offer.

Also, apparently Sevierville was a hotbed of abolitionist activity during the Civil War and only 3.8% of the people in the county voted for secession. They also threw out all of the Confederate sympathizers after the war ended. These sound like my people.

Also seen in Sevierville, some asshole flying two giant confederate flags off of the back of his truck that also had a giant Montreal Canadiens magnet on the tailgate. Fuck that guy.

Way to tighten up the D!

Good morning b2b
Vacation ends today. Not looking forward to work tomorrow at all. On the plus side though, it’s a short week. Sore as hell this morning from a 3 hour practice of softball yesterday. Seriously my shoulders are absolute junk. GH, Doc, Bagel, Tim & I reunited yesterday to bring you all a shiny new episode of Bearly on Topic, so stay tuned for that

Absolutely nothing on tap today.