At #37 we have power forward Taylor Raddysh of the Erie Otters (OHL).

He’s a 6’2″, 202 lb. right wing who’s developed a lot in his second year with the Otters. In his first season, he had 21 goals and 6 assists. After Connor McDavid left, the Otters needed someone to step up. Raddysh did exactly that, scoring 24 goals while significantly ramping up his passing game with 49 assists.

Raddysh is a big kid and he plays like it. He protects the puck well and it’s difficult to knock him off of it. He’s aggressive on the forecheck and uses his size to win puck battles. Raddysh also reads plays well and has good hockey sense.

Raddysh has shown some inconsistency in his own end, which may improve over time and with coaching. There are questions as to how much of his success this season with the Otters was due to being on a line with Dylan Strome and Alex DeBrincat. His coaches have acknowledged that his numbers have certainly been helped by his linemates – how can they not – but they credit Raddysh with adopting a shoot-first mentality rather than the usual youngster approach of passing the puck off to the more experienced players. The main knock on Raddysh is his skating, which is unremarkable. Raddysh has recognized his skating as the main area that needs improvement, and wants to excel at it. He isn’t projected to have top-six upside, but if he can improve his skating like he has with this passing,then perhaps he can get there. 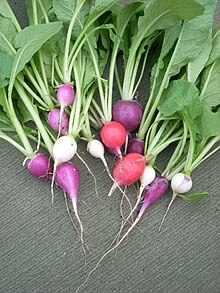 That is a difficult name to take seriously. I’m amazed that it is still around.