There was no game Thursday night. In fact, there won’t be another NHL game until Saturday night when the Sharks host their first ever Stanley Cup Final game. That doesn’t mean there wasn’t news to be made.

Logan Couture said that Sidney Crosby cheats on faceoffs. His reason was kind of sad- sack, spoil-sport, and quite frankly, LAME. Good centers know when that puck will fall. St. Patrice of the Selke Trophy will tell you. As for cheating, it’s obvious Couture hasn’t faced Tomas Plekanec much, because he would have a much better idea of what cheating really is.

There was other news as well. The Florida Panthers unveiled their new logo and uniform using both Aaron Ekblad and old pal, Reilly Smith as models for Home and Away Jerseys, respectively.

Here’s the scoop on the new look.

Hey, maybe the Bruins should think about a new logo. I took a few minutes this evening to redesign it. Tell me what you think. 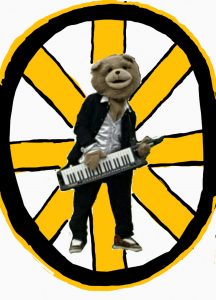 That interview went well until the GM. Backed me into a corner and had to admit I had no skills in a certain area (I didn’t lie, I didn’t put it on my resume and get caught, he just pressed me on it).

We’ll see where it goes.

Ah bummer, but sounds like it went well over all other than that?

In fairness, though, I was warned by the actual hiring manager that the interview with the GM was going to be rough and to not worry if he starts drilling. The hiring manager was pretty chill. So perhaps I shouldn’t be too concerned.

A NUMBER OF THINGS:

Make sure you read the draft profiles today. They’re good. This afternoon’s will be rather demonstrative of what a crazy week I’ve had. I enjoyed it.

I’m on week two of coffee, no bourbon. I am less of a fan of coffee as a result.

The new jerseys are quite Euro.

It’s such a clean logo.

I don’t like that the home crest says “PANTHERS” above a picture of a panther.

There’s something about it that I don’t like. It’s as if Mussolini had a hockey team, that’s what the logo would look like. I may warm up to it over time.

Though keytar bear rocks. I’ve been wanting to change the bug icon in the browser tab, and this might just be the right one.

Apparently, this statue is somewhere in Rome, so Mussolini may have actually had a hockey team:
http://www.foroitalico.altervista.org/stadio%20dei%20marmi%20foro%20mussolini%20(15).jpg
I like the FancyCats’ new FancyDuds. Like Sis & CB18 said, they look very Euro-footy.

The Mrs’ “fixing it” resulted in boss calling and apologizing. We have a meeting on Saturday. I’m making a list of demands. He meets them or I walk. He breaks another agreement, I walk. I don’t care. With or without the money. Fuck this guy. He will have to do some major ass kissing on Saturday or I walk.

I may have a lot of walking in my future. Is it too late in the year to start the Appalachian Trail?

The Appalachian Trail? I’m not sure that’s such a good idea.

Technically tomorrow is my Friday, but close enough!

I’m working tomorrow too, so yeah.

Notarized. Saturday is the new Friday.

Morning All! My answer to cheating centers is to change speeds on my drop. I signal to my partner or the scorekeeper the same way a catcher signals to a pitcher. Two fingers means I’m dropping the change up.Centers swing and miss or draw air back to their defensemen.Yo, it’s hilarious! Also if they won’t line up properly, I make sure they lose the draw.
Teams will sometimes put a wing in to take the draw. His real job is to engage the other teams center and get both thrown out. Then their center is drawing against a wing. If I recognize the strategy, I make that wing stay and take the draw. They moan because they want their center taking the draw. More fun inside the faceoff circle!

Who knew the faceoff dot was a hotbed of drama!

There are a ton of plays teams run on face offs. Players are all trying to set picks or move behind picks. Defensively players are trying to stop those plays. Then there’s the chirping…. I like it if it’s clever. Hockey players can get really creative with their chirps.

Got a couple of examples?

I heard a player make a remark about the quality of the education at an opponent’s school. The opponent looked at him and said “I can count to two, the number of times your ass got off the bench today!”

I’d heard the opposite side of this before from centers. It’s interesting to hear the ref’s side of it.

The first year the Sedins were in the league, the Canucks would have one of them take the faceoff and if he got kicked out, the two would skate around each other and then the original one would go back and take the faceoff. That ended immediately once someone figured it out.

That is the greatest thing I’ve heard about the Canucks.

Ah, it was in Sweden, not the NHL:

“Have they ever swapped jerseys? “No,” said Henrik. “But once in Sweden I got thrown out of the faceoff circle, skated over to the boards and then went back in and took the faceoff … and didn’t get caught.”” 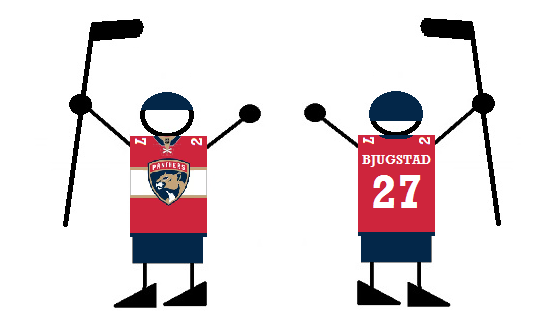