Penguins fans gathered in bulk to watch what they thought would be a Stanley Cup victory on Thursday night.

The storylines before the game include:

Fifteen years ago today, Ray Bourque raised the Cup with the Avalanche (via @SI_vault) https://t.co/N4n0svEgBk pic.twitter.com/0JvJS5zBqo

Unlike previous games in this series, the first period was “where it’s at” tonight. Brent Burns scores 1:04 into the period on the very first shot of game.

Logan Couture scores 1:49 later on a deflection from a pass from along the boards

Couture with the redirect makes it 2-0 Sharks early pic.twitter.com/XmOAmupdxk

Dainius Zubrus goes to the box (puck over glass) to the cheer of the crowd at Consol Center. SCOOORE! By Phil Kessel with a beautiful cross-ice pass to Evgeni Malkin, who bangs it in off a defender Justin Braun‘s skate. It’s now 2-1.

Score! Nick Bonino off Carl Hagelin and into the net. (Off a turnover by Brenden Dillon) It’s a tie game, 2-2.

Bonino banks it in off Hagelin to tie up pic.twitter.com/1pjecZILPP

A 2nd power play (Burns high stick) results in 2 or 3 posts but no scores.

After the 1st 3 shots of the game (all San Jose), the Pens dominate play with 11 SOG to 1 by the Sharks.

With about 5 minutes left, Dillon does something right, passes to Couture who slips it with a nifty backhand pass back to Melker Karlsson who snaps a shot off the bottom of Matt Murray‘s glove through traffic. 3-2, Sharks.

Great feed from Couture to Karlsson and Sharks reclaim the lead pic.twitter.com/xw5qQEg4HV

You know, I’m starting to doubt the writers give Murray the Conn Smythe if the Penguins rally here. #StanleyCupFinal

Murray did not look so great in the 1st period.

The 2nd starts out much less frenetic and a bit more even. The penalties don’t go the Pen’s way this time.
First, this boarding by Roman Polak gets missed by no-one anywhere, except for the guys who count.

Then they get caught for too many men on the ice. (But that one is really their own fault). They successfully kill that penalty.

Halfway through the period, the Penguins start to assert themselves, dominating shots on goal and crashing the net and making Martin Jones scramble on several occasions. They would get 11 SOG to 2 for the Sharks in the last 10 minutes of the period.
Pens lead on shots on goal with 32 to 15 after 40 minutes. Other stats are fairly even, but Sharks have not gotten much attacking zone time.

Sharks get some pressure, but Penguins are better overall. Martin Jones keeps the score unchanged. He would make 14 stops this period.

In the last 2 minutes of the period, the Penguins go empty net and immediately regret it. Joe Thornton feeds Joe Pavelski in the slot to make it 4-2.

With 3 seconds left, Marc-Edouard Vlasic and Sidney Crosby get into some rough play, and each will get… to play game 6 on Sunday.

My apartment search is going rottenly. Nobody is answering emails. At all.

They don’t give their numbers, or I would!

If you ever get a chance to see the Stanley Cup, I highly recommend chatting up the caretakers. Some fun conversations with them.

My girlfriend is applying to post doctoral positions. There is one she is very interested at the College of Charleston in, Charleston, SC. She told me this via text, and before I could even get to google, she sent a link for the local hockey rink and the rules for enrolling. I was very touched! 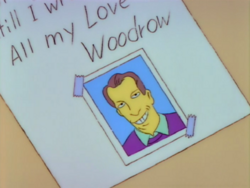 Race weekends aren’t a picnic either. Especially if you’re trying to get through Concord.

Absolutely. Avoiding 106 during race weeks is the greatest thing to do.

I do find the disdain a little bit funny coming from someone who was so enthusiastic over Monte Carlo.

Loud Harleys are annoying, but it’s not the noise that bothers me. The entire lakes region just gets totally filled with jackass bikers that have no care for anyone else on the road. Entitled douche canoes that pass people in breakdown lanes, ride 3 wide in a lane, weaving all over the road. Bike week is good for NH economy, and I don’t want to hinder it’s tradition, but as a non biker, I hate the mentality that happens during it.

I’ve done nothing most of the week. My head has not been kind to me, though.

Nothing wrong with Nothing.

Yay we’re back! Already tired thinking about tomorrow. Work 5:30-1:30 then have two graduation parties to go to. WHY ARE MY FRIENDS’ KIDS GRADUATING HIGH SCHOOL?!? I DON’T LIKE THIS FEELING OLD THING!

GET OFF MY LAWN!

WHO IS THAT WALKING THEIR DOG ON MY SIDEWALK!

That was a good game

Good morning folks. Glad to be back!

Welcome back! I found this two days ago which I never knew existed: https://en.wikipedia.org/wiki/List_of_ice_hockey_nicknames . Yes. Wikipedia has a list of NHL nicknames. It does include some Bruins classics like “Raptor Jesus” and “Yeti”. However, it has a glaring omission of “Hi, I’m Chad Johnson”

Interview #2 went well. We’ll see what happens from here. I still need to decide if I want it – I’m concerned from what I’ve heard that I’d be stepping into a company that is similar to mine when I stepped in 3.5 years ago. BUT, it also sounds like they are actually TRYING to move in the right direction. I don’t know what to think.

I’ve gone mental. Got a good weekend planned though and the wife is around, which wasn’t the original plan, so that’s nice.

I also like one of JVR’s: “Better than Luke Schenn”

We sure its not “KevAn”?

I have actually seen this before – a long time ago – and it hadn’t been awesomely edited yet!