Game Six of the Stanley Cup Final was played in San Jose last night. Was it the final or penultimate game of the season?

Cuba Gooding, Jr is the best hockey fan there is. He brings an opinion and won’t let a few FCC regulations get in his way of expressing it.

Directly before the game, the NHL paid respect to the victims of the Orlando nightclub shooting.

A moment of silence for the victims and their families of the Orlando tragedy. https://t.co/9fBmdI69YP

Later in the period, Melker Karlsson takes a nasty fall into the boards and is temporarily injured. Peter DeBoer and the fans wanted a call against Olli Maata but they wouldn’t get it. Karlsson would return before the end of the period.

Penguins take a 1-0 lead into the next period.

Before the second period began, tribute was paid to Mr. Hockey, Gordie Howe.

At 6:27, Logan “Croatian Tom Cruise” Couture wrists one in on Matt Murray, who deflects it with his own pad for San Jose’s only goal of the game.

Couture ties it up for the Sharks pic.twitter.com/BbdVBjaGFR

Pittsburgh answers quickly with a goal of their own 79 seconds later when Kris Letang bangs one in from the left faceoff circle.

Later in the period, Chris Kunitz‘s pass-first mentality causes him to miss an opportunity on an open net as Martin Jones was sliding to his left. At his left, was a waiting Evgeni Malkin, who received the pass from his teammate but was unable to make the play.

Marc-Edouard Vlasic disappeared for a good chunk of time in the second, for about 8 to 10 minutes. Reporters in the rink made note of it on Twitter, including one of our faves, Amalie Benjamin, but no one on the announcing crew did.

This is less than good news for the Sharks. https://t.co/FWOeiHOeeP

Vlasic has returned. That’s much better news for the Sharks.

Shame on you, Doc and Eddie.

Penguins take a 2-1 lead into the Third.

There haven’t been many penalties in this game, in fact only one through two periods. Conor Sheary hooks Justin Braun just more than five minutes in to the period, giving the Sharks their first power play opportunity of the game. However, their highly-touted power play units fail to score. Pittsburgh is blocking so many shots this game as in previous games. In fact, the Sharks only have one shot on goal through much of the Third; they notch a second shot on goal with 10 seconds left in the game.

With under two minutes left in the game, the Sharks go empty net…which backfires when the Sharks turn over the puck and Patric Hornqvist scores.

A chant of “Let’s Go Sharks!” bounces around the arena before the teams line up for the traditional handshakes. As they go through the formalities, the Meat Puppets “Backwater” plays somewhat appropriately in the background:

Why the fuck did Sidney Crosby win the Conn Smythe? Wasn’t Matt Murray or Phil Kessel (or just about anyone else more deserving of it)?

Sidney Crosby winning the Conn Smythe was inevitable, but Phil should have gotten it. He was incredible.

Phil Kessel has the Cup.

Thankfully, sensible Sharks fans booed Gary Bettman every time he spoke during the trophy ceremony.
What was cool about the ceremony:

Anyway, the season is over! Time to start thinking about the next one…

My rooting for the Guins was mostly because I reffed Bonino when he was at AOF and Murray because who doesn’t love an unsung hero. I wanted a game seven for more hockey, but didn’t want the Shorks winning.
I loved the opening faceoff! Crosby and Jumbo got right into it and Thornton pretty much disappeared after that. Dude is softer than baby shit.

Hey All!!!! I’m MIA at MIA (Miami international airport). Came down to see Jo’s granddaughter. Had some great food and got to watch the game on a really big screen. Jo’s son in law keeps their place really cold so I’ve been wearing a fleece most of the weekend.
Great final. Incredible pace for most of it. Gotta love those five minutes stretches of action without interruption. No other sport can match that. I felt Murray should have won the Coin Smythe. I would have been fine with Phil. Crosby was a poor choice, IMO. C’mon NHL. Where’s the love?
Glad your skating, Phony!!!
I need to get back on the ice myself. Double header tomorrow. I feel the need for speed!!! Can’t wait to get back on the water, either. I need to spend the rest of my life on water and ice with a bourbon IV.
On tap is a three hour flight to Hartford and bourbon.

As for Kessel allegedly being out of shape, he’s one of the fastest players on the ice and he hasn’t missed a game in five years. Agreed, shut up about it already.

Happy Anniversary to you and Em! Enjoy “the weekend”!

Happy Anniversary and to many more!

Happy anniversary to you and Em!

Going up north for our anniversary today through tomorrow.

Where the hell is “up north”? You ARE up north!

I’m going out on a limb and guessing here, but I would presume “up north” might be north of them.

(I’ll show myself out)

I saw these in the supermarket today so I got some: 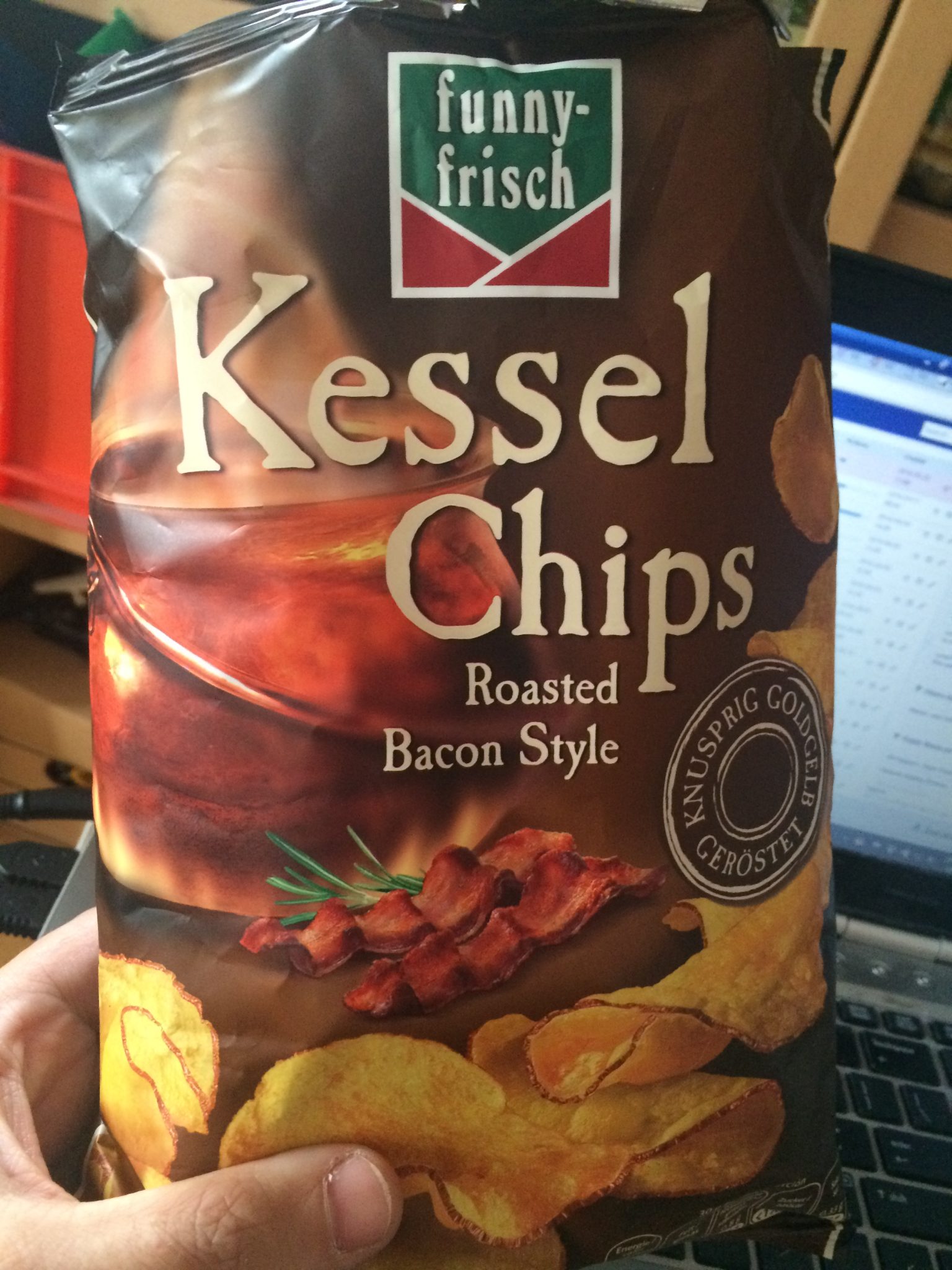 Everything about this is incredible.

Huge win last night! I am of course talking about Small Batch’s 4-2 victory over the Bucs. Since losing 7-1 in our first game, we’ve won three in a row and allowed four goals in that span. It was a chippy game, but the refs did a good job keeping us calm. I was called for tripping and a slash.

Had a great weekend. Went to York Beach on Saturday and the Bunker Hill Parade on Sunday. Totally sunburned and totally worth it.

Boo Penguins, but good for Phil.

Boo Penguins, but good for Phil.

Grrr…. I wanted to see the Bunker Hill parade, but I forgot. (Also, have to do yard work sometime). I know a guy who is a reenactor who was going to be in this one.

My friend lives right on the parade route and was having a BBQ. With the move and stuff I haven’t seen people enough lately, so I jumped on that shit.

I’m overdue for a day spent in the city. I’ve been down for a dinner or Sox game, but haven’t spent a lot of time lately.

I’m kinda pissed off, yet unsurprised that the mediots awarded Sid the Conn-Smythe. Kessel was really so good & consistent. He was their best playmaker. I’m not really a Phil Kessel fan, but fair is fair.
I’m not even trying to downplay Crosby – he made some great plays, had long stretches where he completely dominated on the faceoff dot, and I pin that ~game 2 OT winner on him as a set play he’s done before.

But Kessel was better. There were members of the media who were falling all over themselves to celebrate every fricking pass he made, just so they could justify him getting Conn-Smythe rather than the less inspiring Kessel.

Yeah, I’m quite surprised it was Crosby. But then again, is anyone that surprised?

Morning all! On tap: Not a damn thing. Took the day off from work. Heading to SatanParents later for some post-birthday fruit tart. Cold and rainy so perfect day to do nothing.

Saw the yeti beer. How was it?

It was good. Would definitely get it again.

Two stouts, fried avocado, a hamburger, fries, and chocolate mousse made for a very full Sis.

No thanks. I’m all set with that.

Yeah, I’m down with not eating that whatsoever, but i need details on how

Cut into strips, breaded, then fried. Interesting mix of crunchy and creamy.

Hahaha. I think I liked it the most out of my friends. It was good but weird. I kept thinking “Wait, this seems like it should be a mozzarella stick, but it’s not.”

Sounds yummy to me. Is it available with a bourbon batter?

Yay! We didn’t lose the Thornton trade all over again!

I don’t know if I would have had it in me to deal with that all over again.

See! We lost the Kessel trade!/s

But we won a cup w/ Seguin so that means we won the Kessel trade. But then we traded Seguin and didn’t win won without him so we lost it again? I can’t follow the #HOTTAEKS when they’re this hot