The NHL is expanding…
To Las Vegas!!!

The Associated Press is reporting that the NHL has agreed to expand the league by granting a new franchise to wealthy businessman, Bill Foley, (seen below)

to be located in Las Vegas, NV.

The proposed team would play at T-Mobile Arena, which is a brand-new 20,000 seat arena located right in downtown Vegas, on the main strip. (This is reportedly 17,500 seats for an ice hockey layout.) This would give them an advantage over other recent expansion teams such as the Coyotes or the Panthers, who are located at some distance from the main regional population centers.

They would also be the only major sports franchise residing in Las Vegas since the Outlaws from the short-lived XFL. This gives this franchise prominence of place, — at least unless the Oakland Raiders actually relocate to town.

Nothing is official until the Board of Governors votes on it at their next meeting on June 22 in… wait for it… Las Vegas.

A 2/3 majority will be needed to approve the expansion. I don’t forsee Jeremy Jacobs and his ilk saying no to this if it has already been approved by the executive commitee, and is due to yield them a $500 million franchise fee. (Note: JJ is actually the chair of said committee)

The new team, if approved, could potentially begin play as soon as the 2017/18 season.

Creating a franchise in Las Vegas is interesting for a number of reasons. First, Las Vegas, with a population of ~2.2 million, is the largest U.S. city without a major sports franchise, so in spite of not residing in a natural hockey market it seems like a logical expansion candidate. Secondly the prospective owner has a desirable arena and a practice facility all lined up. Third, city & county officials seem to be completely stoked for this. And fourth, adding a team that would be a natural rival to the Yotes (as well as the Avs & Stars) could significantly increase the hockey fanbase in the southwest, and possibly even improve the viability of the Coyotes.

But of course the downside is that expansion will tend to dilute the NHL talent pool – by a factor of 1/31 – meaning that many teams will have 1 player on the roster who would not make it into the league this season. Also, it reduces the impetus to expand in more natural hockey markets such as Quebec City or Seattle. However, at this time, Seattle does not have a well prepared bid, and Q.C. has two problems – it is a comparatively small market (comparable to Winnepeg), and the hockey market is already saturated and would primarily siphon existing fans from the Boston Bruins (Maritime provinces) & the Montreal Canadiens (eastern Quebec) rather than building a new fanbase. A downside of Las Vegas in particular, is that local fans are likely to have difficulty getting tickets, as luxury hotels & casinos dominate the local economy and will doubtless buy large numbers of tickets to provide as perks to their high end clients. This is offset by the desirability of Vegas as a destination for visiting hockey fans, but it does reduce any home-town crowd advantage.

How would an expansion draft work?
James Mirtle and Chris Johnston report the following details:

All in all? If we can actually stomach having the Anaheim “Mighty” Ducks in the league, named after a kids movie, we can have a Las Vegas Black Knights franchise, and it will likely succeed.

The Chicago Blackhawks trade Brian Bickell and Teuvu Teravainen to the Carolina Hurricanes for a 2016 2nd round pick (#50 from NYR) and a 3rd round pick in 2017. Wow.

Dumping salary does not come cheap

I will never be able to take “Black Knights” seriously. Foley, Please dont.

I’m late with draft preview #15 because work had me up until 2am last night and woke me up again this morning. But it’s submitted to our editors for review and should be up later today. We ain’t waiting to give you draft preview goodness, so here’s Carvin’ Bass with #14 – the Bruins draft slot: 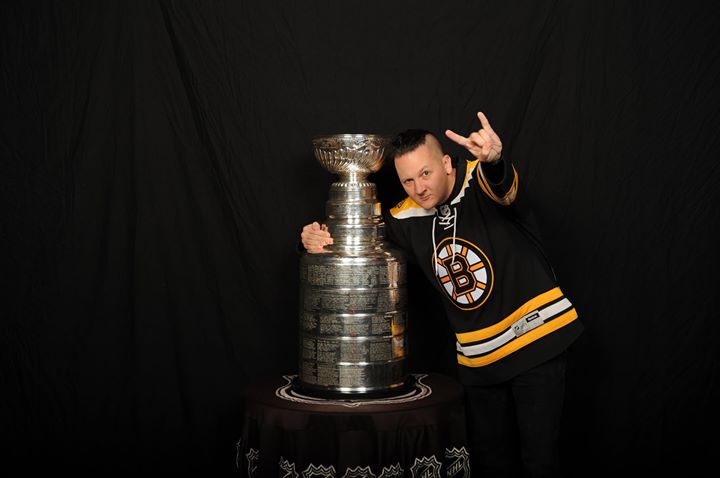 Oh man, forgot about this picture!

WHY AM I SO HUNGRY

WHY IS THIS DAY GOING BY SO SLOWLY

I love days where I get to throw my boss under the bus!

Does that happen often? If so, I want your job!!

Every now and then! And he’s cool about it. Knew it was his mix up.

On the other hand, fuck this place. FDA is tearing us apart again and it’s only going to get uglier here. As long as I a) get the offer and b) the offer is for decent money, I think it’s time to exit, stage left.

It’s always tough to head into the unknown. Your current job sucks, but it’s the evil you know.

Hey All! Worked my ass off yesterday (sitting down is going to be tough). I need to put a shitload of hours in early as I have side jobs to do and games to ref.
Stoked for Mom’s 96th Bday party this weekend.
Phony, try Laura Stamm’s Power Skating. It’s available in paperback and maybe at your public library.
Double header tonight!!! Playoffs so everyone will be a little crazy. They forget that a new season starts in two weeks.
Coffee? … I guess. Until I find a substitute…. straight bourbon? Nah, maybe OJ.

Do you just not like the taste of straight coffee?

I’m not crazy about it, TBH.

That is the funny thing about rec hockey. Off season is about six days.

You’re right. It’s only two weeks for the first round loser.

Good morning everyone. Care for some bullet points?

Just once, is that honestly too much to ask for?