The carnage of pre-free agency offseason trading has begun!

The contract buyout period began on Wednesday, continuing until the end of the month, and both the NHL Entry Draft (6/22) and start of free agency (7/1) begin soon. Teams are starting to make all kinds of interesting transactions.

The Philadelphia Flyers are buying out R.J. Umberger

The Florida Panthers were investigating the possible buyout of Dave Bolland, but cannot because he just failed his physical and injured players cannot be bought out, traded, called mean names, etc. under the CBA.

Dustin Brown was considered a buyout candidate, but the Kings claim they will not do so. They have however, stripped him of team captaincy, awarding it to Anze Kopitar instead.

The Dallas Stars have traded the rights to Alex Goligoski to the Arizona Coyotes for a 5th round pick. Goligoski is a free agent as of July 1st, and there is no deal in place.

The Florida Panthers have traded Marc Savard‘s contract to the New Jersey Devils along with a 2nd round draft pick. The Devils sent back Graham Black and Paul Thompson.

The Blackhawks have traded Brian Bickell to the Carolina Hurricanes in a salary dump for a second round pick and next year’s 3rd rounder. And all it cost them was Teuvo Teravainen. Wait, WHAT!?!?! They should have dumped to the Devils.

The Red Wings have extended RFA Riley Sheahan for $2.075/yr.

And Jared Cowen is in process of having his contract bought out by the Leafs.

The Bruins still have not signed Loui Eriksson, but they have signed Peter Cehlárik to an entry level deal. Now how do they shore up their blue line?
Well, there is Torey Krug left to sign, and there will be some free agents they can sign.

Tonight’s plan is to pour a glass of wine and get caught up on draft previews!

What kind of wine?

A white wine since it’s so warm out.

Hey All! Quick and out. Final work push before heading to Newport. Had to buy my brother a train ticket to get him here from DC. Did it at 1 this morning with him on the phone trying to figure out when he could leave. “Dude, I need to go to bed, WTF?”. Anyway, he’s on the train. That’s Mom’s birthday present, I guess. I only bought him a one way, my sister might be stuck with him. Nah, he just isn’t sure when he’s going back (because he’s a pain in the ass that way). Oh well, it’s what we do for family, right?
Have a great weekend everyone! If you are in Newport, look for the party.

That sounds an awful lot like my brother. And that’s a big part of why I haven’t talked to him in over 10 years.

There’s this one vendor who keeps calling me about a quote that I got from them a month ago. I feel bad because they have the worst luck – they have yet to manage to call me when I’m at my desk.

Sister once said that so long as you’re holding a piece of paper you never have to be at your desk.

It’s even better when you have two sites. “Oh, I was in the other building this morning”

Just spoke with Emily’s uncle who said if there was an opening at his job he could get me in there, and he thinks that there wont be a spot open for about a year. Shit. There goes that plan

I’ve heard there will be an engineering technician position opening up in Hudson/Merrimack shortly.

Rumor has it it’s a great place to work.

…he lives in NH? And I’m talking about NH?

(Granted, he’s far enough north that the drive would be soul crushing)

Fact. Also the drive to Meredith has become soul crushing. I’m just hoping to stick this out long enough and get in with my uncle-in-law. Good pay and a 2 minute drive to work. YAS

Looking like a year + right now though. Maybe it will get better here after this quarter ends……..

Oh someone is always about to be fired

Yeah but…getting someone fired and immediately hiring a relative in their stead is a quick and easy way to get a lawsuit.

Maybe it will get better here

So there’s an alpaca farm down the street from me. 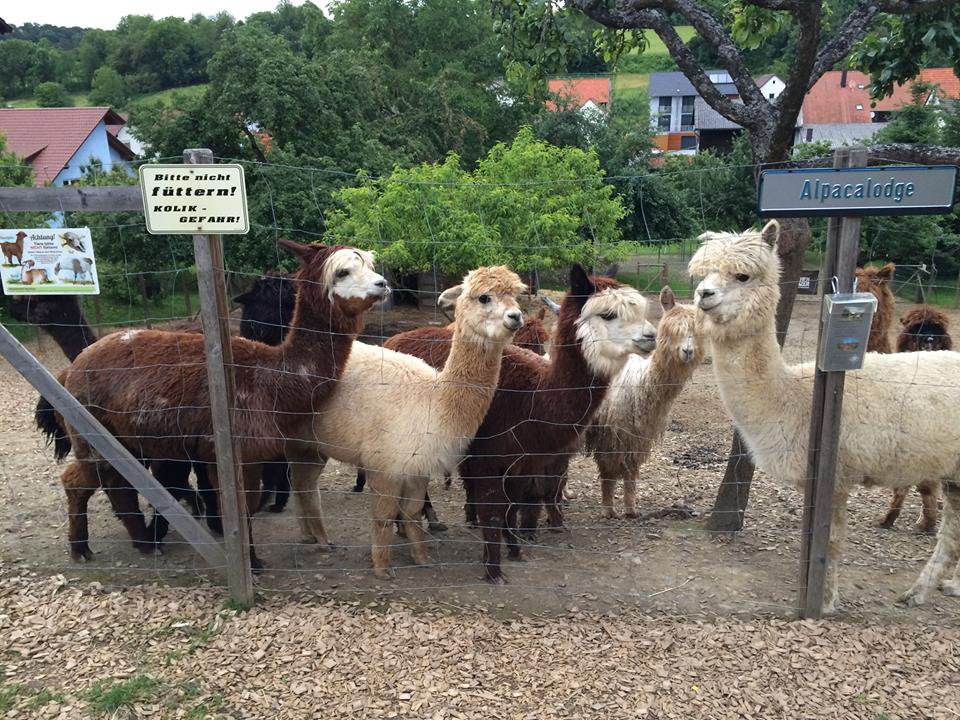 Their faces make them look like they’re fake. It’s so bizarre.

Shaved alpacas freak me out. The head is so comical!

They look like something that would ride in Paris Hilton’s backpack.

We took a turn somewhere and I got lost.

Wasnt that the begining of house of Wax?

Be careful. They spit. At you. On purpose.

Not surprising, since they’re the camel’s South American cousin.

-Happy Friday!
-I’m going to take the job. The only question remaining is the start date and the notice I give to my current company. I do have projects that I can finish here in the right time frame.
-It doesn’t seem real yet.
-I’m going to try my hand this weekend at building a small table for over a file cabinet so I have a place to put a TV in the office. God help me on that one.
-Hopefully taking the parents out to dinner tonight at one of our favorite restaurants in Manchester as a thank you for all the help they gave on the new house (and Father’s day is Sunday)

Anyone got fun plans this weekend?

If it keeps pouring out like it is now, then it looks like I’m just gonna stay home and write hockey articles and play D&D this weekend.

Busy busy (but fun) weekend for me.

Friday Night: Playing human vs zombies in the Wake Forest library. It’s a great excuse to hide in bookshelves and shoot people with nerf guns.

Saturday: sleeping in until noon! Then have a bar gig at one of my favorite bars. I’ve been playing at this bar since I was 20. I’m almost 27. Guaranteed pay plus tips and bar tab.

Sunday: Also sleeping in until noon. Gig overlooking the Yadin River at 7pm. The local NPR affiliate and clean rivers non profit (thanks Duke Energy coal ash spill) are covering the event and promoting it. Guaranteed pay plus tips and pot luck food. Then my brother and I will pack up as quickly as possible and drive one hour to the hockey rink. Our rec team plays for first place 10:30 Sunday night.

Man the Hurricanes are not good at this “Let’s get better” thing huh? I’m also surprised that the Stars traded the rights to Goligowski too. I wonder what that means for Demers. Thirdly, Savy feels

Anyway good morning folks! My printer this morning is being an asshole casserole & my manager has been as mean as he is incompetent this week. So cheers for it being 3:30 soon and the weekend can begin!

It’s hard to imagine the Stars having even less defense, but here we are.

Surprisingly, some fans are defending Ward’s signing. They point to no prospect in their talent pool and no top goalies available in the UFA market.

This is where I disagree with most of these Carolina fans. Ward is through. He is barely an NHL goalie anymore. Guys who should play 20 games a season shouldn’t make that kind of money. I would take the Monster over Ward at this point.

Ward had a decent season two seasons ago I think, but yeah, he’s not a franchise goalie, that’s for sure. Maybe they’ll shore up the defense?

Some have said that the Carolina defense needed to improve. Sure, all bluelines can improve. However, the Hurricanes were 5th in the league allowing on 27.6 shots per game. They were, in fact, the best team in the East in that category. However, they were 18th with 2.70 goals allowed per game. That, to me, points to goal tending.

oh. They were also 27th in the league with 2.39 goals scored per game.

Makes sense. I was just shooting from the hip on that one.

Oh I know. You’re also not a Canes fan, but I did attack you. I will settle down now.

It’s all good. I understand that frustration.

Think the Lawsuit bewteen karmonos’s is gonna doom everything anyways?

I do not. Karmonos and his sons have feuded for years. The lawsuit just makes it official. Even though Karmonos is the owner, the lawsuit is more of a personal dilemma than a franchise dilemma

PNC Arena, the home of the Hurricanes and the NC State Wolfpack, is managed by the Hurricanes. This means they have little to no rent and quite possibly make money whenever the arena is in use. It’s one of the best arena deals in the NHL.

Interesting that you should mention that. Last night’s episode of Bones centered around a hockey team whose owner was tanking in order to be allowed to relocate.

How about the fancy stats? Do they measure up with all those Corgis and shit?

Though come to think of it, the UFA goalie market really isn’t so great:

Reimer would be better than Ward for the same or less moneys.

Reimer is the best out there. I assumed he was headed to Carolina. Maybe the Flames will throw money at him. I would love to see him as a backup in Boston, but I think this is the season we finally see Subban

I hope Subban’s ready. There’s been a lot of hope with him and I’d like to see him finally get a chance (and succeed) up in the big club.

Dont disagree that Subban is the backup next year…though how great would it be that all Bostons goalies for the last two seasons all came out of Toronto if they got Reimer!

I forgot about the Toronto connection!

I would be so sad if they get Matthews and Stamkos and with all that young talent…they just suck cause of trading Reimer with no goalie.

Not as great as the prospect of seeing Malcolm stonewall his brother!

I’ve felt that Ward was overrated for a while.
I’d take much of that list over Ward (Khudobin, Scribbles, Reimer, Montoya, Enroth), but the gap isn’t huge.

So the question is do they try and pry Fleury or Allen away from their respective teams or do they hold the fort, hoping for a cheap long-term answer to fall into their lap (a la Martin Jones) so they can make a big leap as a team rather than an incremental one?

They tried the luck approach with Lack and it didn’t work. Who is available in two years?

When he plays, he is barely better than Ward.

Could be an indicator that it’s not the goalies, or not completely. Just stirrin’ the pot.

I should probably be smoking it instead!

Miro walked up to me and punched me in the balls. Is Miro the name of a cat?

This was the only comment on the page when I logged on this morning, and I was beyond confused. I looked back at the article, and was trying to find a connection. 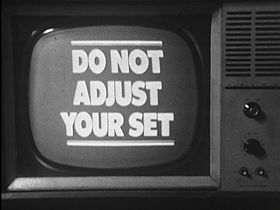