Yes, the league is expanding… bringing Pro kockey to a new city…

London!
The KHL is expanding to London, England. While the UK is not a hockey dead zone by any means, it is not a hot spot either. In the EIHF, the only team with respectable ticket sales is the Nottingham Panthers. It is therefore interesting that Panthers owner Neil Black is rumored to be involved in this.

As you surely remember, the KHL was envisioned as a 64 team league with both a European conference and a Russian conference.
This is a very ambitious step towards that goal.
The KHL is also expanding into China. These two new teams would bring them to a total of 30 teams in 9 countries.

… or was that Archie McFee? 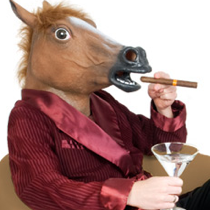 Nope. Still not right.
Maybe it was George McPhee?

Sounds like Bill Foley's final decision was between George McPhee and Don Maloney to be LV GM…with McPhee getting the nod. #GMGM

Yes, that’s it.
McPhee, an advisor to Islanders GM Garth Snow, was the GM of the Washington Capitals up until 2014. This gives him a rather deep NHL pedigree. He has already begun talking with the press, and is certainly not an outlandish choice. (Though some Caps fans may tend to disagree)
Following that announcement came the admission that there are some complications with settling on a team name. Apparently, the name in question already has trademark claims on it which are making things difficult.

We have a lot of names in mind, but a lot of the ones I really liked are trademarked, so that’s a little bit of an issue — Bill Foley, team owner

Rec team lost a tough one Saturday night 2-1. Defense was there but we were a mess in the offensive zone.

Hopefully the beer was still cold!

Actually, ice cold! I still had a blast. A memo was sent about guys being too aggressive on the bench, and the team responded well.

Yesterday my month of sobriety was finally over. I found a full beer floating down the river, but it was a Coors Light so I had to throw it back. Seriously, I couldn’t even give that shit away! I wasn’t going to break my fast with that. I waited til I got home and had a lil glass of Jefferson Reserve to do it properly.

Another busy week ahead. I am enjoying being busy, though.

I do believe “Fucking Knights” is not trade marked.

Fuckers apparently built a hive in the middle of my lawn which I found out the hard way while mowing. I found one hole but don’t know if there’s a second. Thankfully its in the back half where the kids don’t really go

I found a huuuuge nest that way last year. I had those nasty lil fuckers inside my pants~! Only one got close to the family jewels, but it was all pretty funny as by that time I was in the house and Jo’s Mom was trying to figure out why I was tearing my clothes off.

Goddamn. Thankfully these ones just stayed by my ankle. The first time I stumbled across one they got my mid-thigh but nothing higher up. I’d be terrified of them getting into pants! Looking at how I react to just getting stung I can only imagine how ridiculous my reaction would be to them in the pants!

This is my third nest in three years but the other two were in the first summer. Thankfully the second one the wife noticed from the window so I never got stung.

Thanks for taking some stings for the team!

Yeah, I had boot cut jeans on and several flew right in there. I had run into the house and Jo’s Mom was asking me to look at the washing machine when the first one stung my ankle. The chain reaction started immediately. Knee, mid thigh, high thigh….. pants off!

The Las Vegas Dr. Gonzos. And if Ralph Steadman doesn’t design the logo then you have failed as a franchise!

Wonder if that would be deemed to close a reference to gambling. NHL supposedly limited them in that regards.

I’m sure you all have heard the name they were going for (Black Knights) until the Army nixed that. Sounds like they may still go with Knights which while goofy is also a mildly amusing name.

Hmmm… would wonder if they hold it as a trademark though. Could probably argue the sphere of influence is sufficiently different that it wouldn’t matter. Or they could probably be bought off to allow its use.

Owner really needs to get off his West Point pride kick…the team is not at Westpoint…its not in the same state…they dont want you to use the name…just leave it alone….do something that the people actually want.

If he’s doing it as a tribute to his Army creds, and the Army says they don’t want him to do that, then he really should leave it the fuck alone.

Amalie Benjamin with another good piece (as always). This time it’s about the B’s plethora of good defenseman prospects:

And bookmarked the Subban video so I can watch it as many times as he says “Smashville.”

He says Smashville a lot because he is very smashed in this video.

The KHL is expanding its league by two teams while the AHL is trying to drive away goons. Might we see a new rival to Vityaz?