Is Brooklyn not the paradise the Islanders thought it was?

Rumors have been percolating that the Islanders are considering a new new home.
From Puck Daddy:

The Islanders are in talks with the Wilpon family, owners of the New York Mets, about building an arena adjacent to Citi Field in Queens, according to sports columnist Scott Soshnick of Bloomberg News, who is the first mainstream source to report rumors that have been kicking around New York recently.

It is certainly possible that this is posturing by the ownership grou, looking for a better deal. However, many fans have complained about the severely obstructed views in the relatively small Barclays Center. And the choice to remove some premium seats so they can advertise some Honda SUV is clownish at best. Though it does have a mock Twitter account:

Sneak peak at what games would look like if @NYIslanders move next to @mets #isles pic.twitter.com/Vg3W0a0WPs

Back from vacation, and it feels… uh, something. (TMI ALTERT): Got a lot of reading done and also cut out a few hours of beach time a few days this week because I had a nasty UTI, which I thought was a stomach bug until about Thursday. AWESOME.

How is everyone? Is it hockey season yet? Why the hell not?

Annnnnnd, this is Friday’s skate. Oops.

no new morning skate? getting lazy in the heat are we?

I think Tallest must be in the middle of a tremendous thunderstorm right now. Checking the radar. Jo and I would like to get set up before any storms hit tonight. We could leave in the morning. Watching the radar and it will be a game time decision!

They’re loud and scary and not fun! I usually end up riding them out by plugging in my headphones and watching movies on my tablet.

Happy Friday, All! Work, work, work. Jo and I head out this afternoon. This is one of our favorite weekend trips. Disc golf Saturday, whitewater Sunday. Plus, a fantastic campsite. We may have to dodge a few raindrops while we set up. Once we’re set up it can rain all night. We’ll be dry in our weekend drey!

The dog days of hockey are upon us. I love hockey, but summer could go on forever and I wouldn’t mind.

Coffee is extra yummy today. Seltzer and lemon juice on tap (i’m so boring these days!).
I will be bringing some bourbon this weekend.

I think Vesey is holding the hockey world hostage because teams are pinning for him first.

The Bruins announced their 2016-17 season national TV schedule yesterday.
Sorry, but that’s the best I’ve got.

They’ll play 3 games on national TV against the Caps and 2 each against the Rags, Blues, Wings & Stars but only one against the Habs. And that one game against their biggest rival won’t be one of their 6 “Wednesday Night Rivalry” games – it’s on a freaking Sunday! Dafuq, NBC? Dafuq?

At least it’s something!

Evander Kane reportedly voluntarily turned himself in to the police – he had been charged earlier this summer with four counts of non-criminal harassment and one count of criminal trespassing (a misdemeanor), due to an incident at a bar in Buffalo.

On Monday Donald Trump is coming to Winston-Salem, NC. His rally will be right next to where I work. I don’t care what think about the man, but traffic is going to be horrendous. All sorts of fruit cakes will surround my parking space.

Traffic. I’m spoiled up here in the hills. Rush hour is a handful of cars between 5 and 6. I still moan about it, but I’m aware of the fact I’m complaining about nothing. 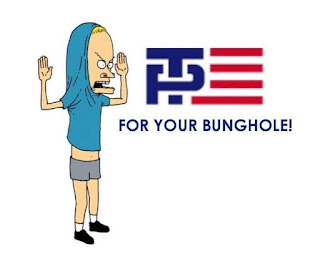