Lots of player signings have been going on lately.

With arbitration deadlines coming up, signings (particularly among RFAs) have been chugging along.
Who’s signed on the dotted line?

Matt Dumba signed with the Wild for $5.1M over 2 years.

The Yotes have locked up Connor Murphy for $23.1M over 6 years.

Michael Stone is only getting 1 year, but he’s getting $4M.

Matt Carle is getting $700k to be a Predator this year.

The Preds also signed Calle Jankrok for $12M over 6 years.

Max LaPierre is getting a shot at the Rangers roster with a PTO. I thought we finally got rid of that guy!

Petr Mrazek just sgnd a 2 year, $8M deal, which will force the Red Wings to put both Vitale & Franzen onto LTIR.

Tampa signed Vlad Namestikov to 2years, $3.85M, they still have work to do. Nesterov & Kucherov are still unsigned. Speculation is that Ryan Callahan may be put on LTIR to accomodate those contracts.

Brandon Gormley is going to be a New Jersey Devil this year. And it will net him a whopping $650k. Yep, it’s nice to be a first round pick.
(Snarky author looks at own paycheck, cries…)

If you’re jonesing for hockey, this good fellow, Paul Altmeyer, has posted a number of videos from that Foxboro Pro Summer league… he is sure that Vesey is simply not announcing his decision he doesn’t want to answer a lot of questions all summer about why he ISN’T signing in Boston…
https://www.youtube.com/channel/UCCtotAB8vsyHDs7os5Owuhg

It sounds like a good reason, but my money says he isn’t saying anything because he’s not truly a free agent for another 2+ weeks. (the simplest answer is usually the best)

I’m not feeling good about getting this guy, since Backes is the only competitive FA that Sweeney has landed (I don’t think the competition for Liles was all that stiff). I’m not very confident that the Bruins have been doing a great sell-job on becoming a Bruin, because they would be assuming they had the inside track.

I don’t think Vesey will sign here for the same reasons he wont sign anywhere else. I have no idea where he’s going to land and I try not to get my hopes up that he’ll land here.

I find this highly unlikely since teams are not even allowed to talk to him yet unless he is just like…im signing with Toronto no matter what. I dont have my hopes up that he is an automatic for boston, but its also worthless to speculate anything.

Update on the work front. It’s been so humid in here the past 2 weeks that when partial rolls of media are left on the shelf they get warped and ruined. I’ve been trying for the past hour to get 1 more print done (thanks nozzle out rule) and failing because my stupid carriage hits the material.
http://67.media.tumblr.com/a59c99cda990a322c93b4ea13b1861da/tumblr_inline_mqhj1iqVts1qz4rgp.gif

I hate the nozzle out rule.

Please do not look away from
the nozzle
https://www.youtube.com/watch?v=H8yQhXDquII

I knew what this was before I clicked. And I clicked it anyway because I dare not look away from the nozzle.

Me too. Out of 20,400 individual nozzles, if even one of them is not firing in the test at the end of each image the whole thing is junk. Regardless of if the missing nozzle can be seen in the image.

I survived my first full week in about a month. Somehow it flew by.

I need a haircut like crazy. Hopefully can get one after work. Then it’s time for requisite Friday booze. Woo Friday!

As a new fan of the Preds, I am excited that they are bulking up on defense. After watching the terrible 30-second shifts of Backman-Bitetto following by much-longer-than-they-should-have-been shifts by the defensive workhorses of Josi-Weber in the playoffs, it was obvious they needed to change half their D-corps. They also signed Petter Granberg (of whom I know nothing) to a 2-year contract, the first year of which is a two-way deal.

have you been missing lately or have i just been unobservant?

speaking of which where the hell has muse been?

Sweden for a while, but I think she’s back in CA now.

I took a little time off, then my Julio died and I just haven’t felt like being around anywhere, virtually or IRL.

No, it isn’t. He was my first dog as an adult, and though we knew the time with him would be shorter than we wanted, we didn’t expect it would be this short. It didn’t help that he had been ill for months and we couldn’t fight the infections successfully. The final kicker was the aggressive prostate cancer.

In time I’ll feel better, but I miss him so much. He was such a sweet boy.

He was lucky to have two humans who loved him more than anything.

Thank you. I think we were lucky because he was so sweet.

I still miss my first dog. My wife wants to get one but I’m literally balking because of fear of when that time comes.

I know it’s silly to worry about that on advance, but I don’t handle not worrying about the future particularly well.

I wouldn’t hesitate again except that we want to spend a little time doing things without worrying about taking care of a dog. We will get one again, I won’t wait as long as I did after my brother’s dog died.

Dogs are better than family! They love us unconditionally. Nothing but time can heal the hurt.

Yeah, he died the day before we were to record. I just couldn’t.

Understandable, you were missed

Morning all. My phone had a stroke and somehow ended up back in 2014 and a few hours off. Alarm went off this morning. Took the dog out for a walk thinking, hmmm, it’s really dark for 5:30am. Turns out my alarm went off at 3:00am. And my yogurt just exploded on me. This day can go to hell.

While I feel sorry for you, I have to admit I still laughed at this one.

Jerk. (It is pretty funny.)

But it’s Friday and many many wines can be had after the day ends.

Alas, I have to work tomorrow so many many wines can be had tomorrow night.

ALWAYS OPEN YOUR YOGURT AWAY FROM YOUR BODY.

I FORGET THESE THINGS! 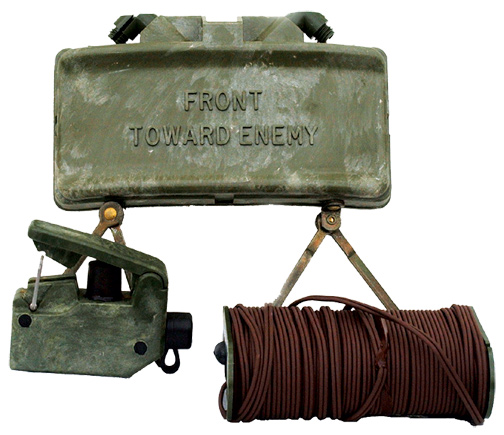 Play the lottery while you are back in 2014. Message us the date, we’ll get you the numbers!

Good idea! I’ll even share some of the winnings!

Morning All! I slept in this morning! I never heard the alarm and Jo let me sleep. Late double last night. The top league in Danbury. I get a great skate in on Thursday nights. No bullshit. These guys have already played some competitive hockey so have less to prove and just want to have some fun.
Disappointed by the rain. There was such potential there.
Will try to get a game of disc in this afternoon. Need to stay sharp. Jo and I are playing a tournament next weekend.
Heading to Newport on Sunday. Hoping to paddle somewhere Saturday.
Coffee: It tastes like it needs bourbon today

For the past seven months, the printer in the room next to mine has been low on toner. I walked into the room to pick up a printout and noticed a brand new box of toner. I asked my cow-orker how long that’s been there. “About seven months.”

That’s a pretty cheap deal for Dumba given how much he was pursued at the trade deadline (or rumored to have been pursued). Interesting that Connor Murphy got so much money.

Man that Jankrok contract is just so bizarre. 6 years @ 2mil. I thought I had more this morning but nope. Waiting for quality to sign my prints (been an hour and a half so far waiting) so I can then hand it off to the service team. Water & waiting for the weekend on tap today.