The Bruins Captain’s Practice sessions have begun.
Does this mean… Faux hockey is nigh?

Bruins who stumbled out of hibernation and made an appearance were Torey Krug, Noel Acciari, John-Michael Liles, Adam McQuaid, Frank Vatrano, and David Krejci.

So we’ve started the Captain’s practices, but without any captains? No Zdeno Chara? No Saint Patrice of Bergeron? We’ve only got 6 guys here so far, led by part-time Assistant Captain David Krejci. We love ya, Matrix, but isn’t this supposed to be Z’s gig? Of course, this begs the question – with Kells gone, does Krejci get the ‘A’ full time? Or just a revolving door? For that matter, who replaces Kelly as ‘The Most Canadian Man in the World’? I hope that there are a few more guys who are going to participate in the upcoming sessions.

Yeah, it’s only a baby step, but it’s a hell of a lot more hockey than the ‘My tractor is bigger than yours‘ stuff we’ve been getting lately.

Jo is booking a room within spitting distance of Marlborough for Octoberfest!!!! 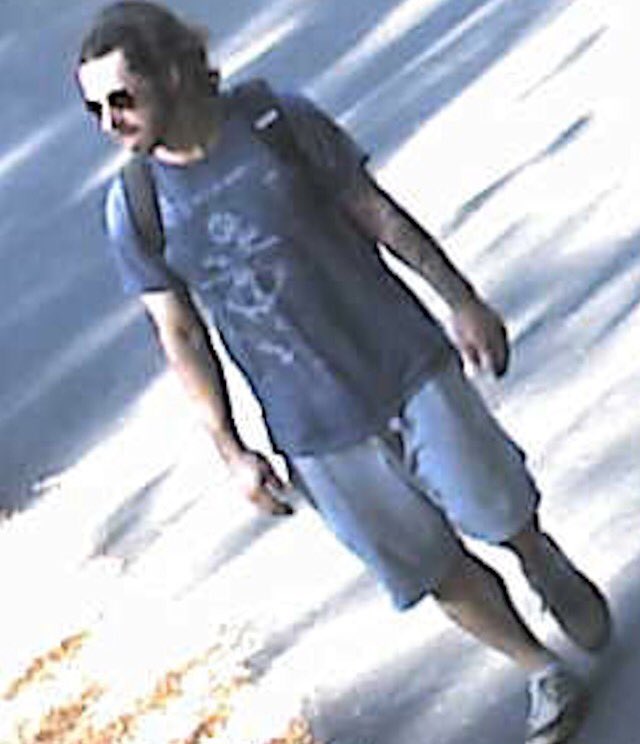 I think this guys looks a lot like me. Sadly, this guy is wanted to exposing himself.

I have a coworker who shares the name and birthday with a known fugitive. Security checkpoints with him are no fun.

That is most unfortunate.

Name AND birthday! What are the odds?

Good Morning All!
Late to the party. I got out early to trim a hedge while it was in the shade. Mission accomplished!
Single game tonight.
I got nothin’
More coffee!!! So i read that a lot of seltzer might not be good for one. Shite and onions, is there anything i can eat or drink. Seltzer anyway as we have a lot of it.

Is it Saturday yet? I want to be in Chicago.

I am currently on hold with an IT department. I got another adjuncting gig at a different institution, and I’m setting up my online account. It’s super exciting. But, hey, it’s more money, so that’s a good thing.

How’re you all doing this fine Tuesday?

Also, this is the worst elevator music that I’ve ever been forced to listen to. UGH.

How was everyone’s weekend?

Are you ever not in Pitt anymore?

I was home over the weekend for a golf tourny. I will be now in Pitts till sept 25th.

Ball golf or disc golf? The Feed the Beast tourney was at Page Sunday….

Ball golf, we have a fundraiser for a scholarship fund ever year that i participate in. I did pretty ok seeing how i was playing with a broken toe on my pivot foot. Still came in last place….i have certain team members that would rather keep our “most honest score trophy” than lose it by playing well….or playing at all.

Am I the only one who finds it mildly amusing that your flight went from Brad->Pitt?

I went to bed early and slept late. Why am I tired?

Same here. Got a solid eight hours but feel like I could use about four more.

Morning all. The line down my monitor, which had been purple, is green today. Nice to see it’s mixing it up a bit.

We throw monitors out like, once a week, maybe I can use the portal to get you one?

I love that the portal is a thing.

We still have to see if tje portal works both ways, or in other ways.

There is some QC test occurring in the office area that involves beeping at a quasi regular interval. It’s driving me crazy. This is the third straight day…..

Yellow jacket nest, day four: I still haven’t attacked it. Managed to safely mow the lawn then inadvertently hit the nest quickly with the hose. They were NOT happy. I was a safe distance away at least.

I can almost smell the hockey coming. And can’t stop laughing at the two tractor gifs above.

My garden fence is infested with False Widow spiders – they eat wasps! I’ll collect some up and send them to you if you like

The downside is if they bite you it feels like a bee sting (apparently – I haven’t tested it), but at least they are easier to avoid than wasps.

Koko is in action in Russia this evening (or lunchtime for you guys). He is on Datsyuk and Kovalchuk’s team, SKA. He’s played one game so far, 10mins TOI and one SOG.

Nice to see he’s picking up where he left off

Hmmm…. we’ve got ‘Brown Widows’ out here. Something I’d never heard of until I realized i had a toolshed full of ’em. Supposedly they are mildly venomous but I am sufficiently wary of them that I don’t get bitten. I’ll have to find out what they eat – perhaps I don’t need to be quite so aggressive at keeping them under control.

Just looked up the Brown widow. It’s clearly from the same family as mine though not exactly the same. They are very shy – they run and hide if you blow on the web, so you’d have to be unlucky to get bitten.

One of mine caught a caterpillar the other day, then after three days eating it she’s grown massively fat. It’ll be interesting to see how long before she has to eat again.If you find that kind of thing interesting.Which I do

May I interest you in a NC velvet ant instead?

I have garden spiders. They are yellow and black, with a mesmerizing pattern on their backs. I like to feed them japanese beetles. it’s amazing how fast they can pounce on and wrap up a beetle!

Black and yellow garden spiders are a species in the orb-weaver family.

They are in the DEAD family.

I will be as calm and assertive as I can be: you MUST be very aggressive about keeping them under control. In fact, the toolshed needs to be burned down. Spider phobia is real!

Arachnaphobia!!!! It must be real… they made a movie about it.

Well, it is real, and they movie terrified me.

Just note the spot and hit ’em at night. I finished mine off last night.

ciao!
First off. Joe Morrow’s tractor is the bomb-diggity and you can’t convince me other wise. I have been on again off again awake since 5 this morning thanks to Pippi barking. I should have just gotten up then as opposed for trying to sleep for 45 more minutes
http://stream1.gifsoup.com/view2/1312034/dog-falling-asleep-o.gif
Venturing out today without bullet points and a cup of coffee. Other than that, I WANT HOCKEY