Morning Free Association: Getting Ready for the WCH

On Thursday night, the preliminary play of the World Cup of Hockey will begin in many cities that are not Toronto. Below is a listing of the teams, cities, and how to watch courtesy of the NHL.

There’s an ESPN3? I don’t even know what that means.

Now you have the preliminary schedule and can prepare for when and how to watch. You’re welcome.

Just because timelines are fun to have (not really):

The WCH officially begins on September 17th, potentially ending on either September 29th or Oct 1st.

Bruins training camp begins on September 15th for the rookies and on September 22nd for other players. The first Preseason game is Monday, September 26th against the Blue Jackets. We’ll let you know if there will be a game day thread based upon viewing options available. Stay tuned for more info.

Hockey is on the horizon, kids. Are you ready?

Winston-Salem, NC, will be getting a FHL hockey team in October 2017. The colors are not set, but we have a logo and name: the Thunderbirds. I watched a FB video, but I can’t find any static images.

Federal League? We have a team in Danbury, CT. The Whalers. Also one in Brewster, NY (right across the border), the Brewster Bulldogs.

Holy shit could this day drag on any slower?

Yes, this day could drag on slower but it chose not to do so.

Based on the progression of this day. I reject your reasoning lol.

I started the deep cleaning project last night and plan to finish over the weekend. Also ordered a new shower curtain and bathmat. I feel so adult. Another also, there are $80 shower curtains. Who the hell spends $80 on a shower curtain? 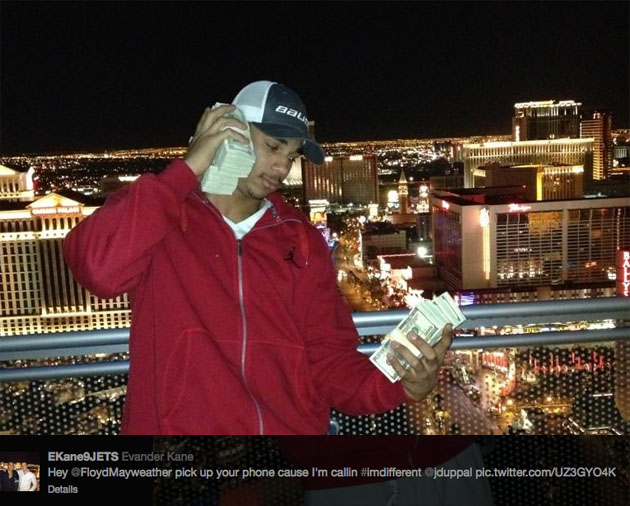 It’s ridiculous, no? I can’t believe I’m saying this, but I need curtains for my kitchen, and the cost is somewhat prohibitive, so I’m dragging my feet.

They’re pieces of fabric! Why so much money!

he may be scary, but Matt Bartkowski could be an upgrade at this point.

Y’know what? If it’s for ONE season, sign Kris Russell.

thing is… We have 7 defencemen under contract…. I would love to see upgrades to limit chara min and see less of K. Miller and Quaid on the ice… but i would hope the kids can improve on last year since being signed on one way contracts. I fear that signing a one year would do nothing but sit C. Miller or someone when they should be seeing consistent ice time to get comfortable.

Yeah, we’re kinda screwed this year. The only way to get Killer & Chara fewer minutes but still develop Chiller would be to pull in a top-2 (or 3) guy, and bury Morrow in the AHL. If we were to grab a Bartkowski, he’d be no improvement over Killer or McQuaid so he would serve no purpose in improving the defense in the short term, and would hinder developing the young talent for the long term.

Exactly, the only way to improve this defense is via trade. Do that or rush the youth, which is difficult given the already 7 d.

I hate to say it, We just have to stick through this year with this defense and hope that we score a lot more than we allow in.

Honestly, I expect at least one injury which would allow the bruins some roster room manipulation. But i think that with the hope that Rask iss back to a top 5 goalie form and a bit more experience to the young guys plus a full season of liles will make it look better than last year. The only thing we lost was Seids…and i think he did add some dependable ice time min though arguable the effectiveness of it.

I dont think the scoring will be quite as dynamic to make up for D mistakes but i think with luck that maybe there is a trade deadline move in the works this year.

Bart is okay with me.

How do you do bullet points

it’s the “li” function in the header above the comment box. Just wrap each line you want to be a bullet point in it

Ciao, loving the Italian
sure why not
nope
needs to be red
I dont know what that means but I am the poke generation. Squirtle Squad for life
Im drinking already. Already off work baby

meh didnt work for me

I could go for a good red. Honestly though I was thinking about a bottle of moscato to share w/ the wifey. It’s her favorite.

I was a huge fan of the red/blue/yellow games + the actual trading card game as a kid, so I’m surprised in myself that it took me so long to start playing Pokemon Go.

I cant do it with an American number in Italy. It has lots of error codes pop up. Too bad because I already walk a lot

Are you supposed to get off work before drinking? I’ll pretend I didn’t read that.

I was running real late this morning, rushed in, and found out my morning meeting was cancelled anyways. Whoops.

ESPN 3 is their online only streaming system. Used to be called ESPN360.

Might to try to catch that Team Euro v NA tomorrow. Get some sort of hockey.

Yeah, that was how I was. I just didn’t understand.

Im only rooting for Finland if Rask is in net, otherwise its team North America all the way

There’s an ESPN3? I don’t even know what that means.

Oh, it goes way deeper than that!

I knew that was going to be the Ocho, but still I clicked

lets see if it pays off

Oh, c’mon… I once saw Championship Scrabble on ESPN2.

I want that young team North America to win

Right? If you’re talking underdogs, forget USA and Sweden, that team is primed to disappoint some countries

Ugh don’t get me started on that USA roster. My god it’s primed for a 5th place finish

lol Why? You hate it?

It’s an easy roster to hate with Kane, Patches-o-dickbag & Kesler. Add in that they left off Kessel, Tyler Johnson, Justin Faulk and Kevin Shattenkirk for guys like Jack Johnson, Derek Stepan and Justin Abdelkader. gives the feeling of being able to win a few games, then flame out quickly out of the group. Team North America or Sweden all the way for this guy.

Kessel had surgery on his hand in July and isn’t expected to be ready for action until training camp. His initial roster snub is still baffling.

Maybe they talked to him before the roster was announced and knew he wouldnt make it. As a causal fan of the Hurricanes, I think Faulk should be on the roster but Im glad he’s not on it also.

I dont hate Kesler, but I hate those other two. Also pissed that Kessel and Faulk are off the roster especially. as well as the other guys. What really miffs me? Torts is the coach over Peter Laviolette

The bookies are offering a hefty 20-1 about Team North America. I might have to invest a pound…

Jeez, maybe I’ll throw a fiver down on that action

Those are some favorable odds. I’m kinda thinking that the Young Guns have the second-best roster in the tournament.

Yeah, that happens weirdly and unexpectedly. I fixed it.

speaking of which I took the Stars (30 euros) to win this year at 14-1. Stop giving up so many goals!

I quite like the Panthers at 22-1 but there’s so many roster changes this year anything could happen! Not long now! IsitOctoberyet? Nearly!!

I repeatedly forget that Kesler is American.
He doesn’t bother me. He was overrated, buuuut we beat him.