Was Team USA improperly built for a game that has evolved into one of skill and speed? Or did they just underestimate their opponents? These are the questions that anyone who has followed the demise of this team built on a “blue-collar” ethic of grit and determination are asking after the defeat by Team Canada. New Bruins forward David Backes was not shy to talk to the press, being quoting in many outlets including in this piece on Puck Daddy, his words causing all sorts of Bruins fans to opine one way or another on his possible play with the Bruins this season.

“We weren’t going to out-skill Canada. Truthfully, we’re maybe on par with skill with Europe, but we have the blue-collar mentality that we’ll push farther, but we didn’t go through with it,” said Backes.

“Let’s analyze the games,” said Backes, speaking about the Canadians. “We played them three times. We beat them the first game. They outshot us, but we were able to get the win. Second game, they beat us handily. Last night, if we wanted to go into full analysis of it, it’s a shot off the back board that goes to Duchene and he’s tapping it in. It’s a backhand pass to Quick’s blocker that he deflects off Perry’s chest and it goes into the net. It’s a great move by Tavares, and it’s off our defenseman’s skate and it goes in. It’s a breakout that hit’s a defenseman’s shaft, and deflects to [Duchene] for a mini-breakaway and he scores. We hit four posts in the game.”

Uh, David, that team as comprised was not going to beat Canada. You should have beaten Europe, that’s true. Surprisingly, that team has more pluck and resolve than it should.

Team “All These Guys Could Be My Sons” beat Team Sweden in the afternoon matchup, 4-3. In primetime, Canada beat Europe 4-1. That’s okay, Zdeno and Brad can still hug it out.

Marchand and Chara hug it out pic.twitter.com/TQIVP36vkr

Cold, but I want to feel my face. There goes Chicago!

The more i visit Providence the more i don’t dislike it.

You should work for their tourism board.

The more i visit Providence the more i don’t dislike it.

Strongest vote of approval Providence has ever received!

BOSTON WE COULD MEET UP FOR DRINKS MORE OFTEN

AND GO TO BRUINS GAMES TOGETHER

AND SPEAK IN ALL CAPS TOGETHER

AND MAYBE SEE THE BRUINS PLAY THE CAPS WHILE SPEAKING IN ALL CAPS!

WHILE WEARING CAPS ON THEIR HEADS!

AND IF SOMEONE COMMITS MURDER WE CAN USE CAPITAL PUNISHMENT!

OR PUT THEM ON A BOAT SO THEY CAPSIZE!

AND COMPLAIN ABOUT OUR TEAM’S SALARY CAP PROBLEMS

WHILE DISCUSSING THE PROS AND CONS OF CAPITALISM

The Land of Make Believe because there are affordable rents there.

We’re going to go to the Magic Kingdom

Boston or Flagstaff, flip a coin

its the first day of fall….yeay.

The Backes comment about Kessel was a lil harsh in my book, not sure how you can take offence to that, but im sure Backes was just pissed that he didnt have a better team.

Backes was just pissed that he didnt have a better team.

Someone who could finish would have been nice. Phil did have a Conn Smythe type postseason, even if they gave the trophy to some other jerk.

Good Morning All!
Bunch of assholes in my double header last night. It’s expected in the finals, but jeeze Louise, Next season is next week. Jerks.
Getting stoked for two days on the West River. There’s nothing like that feeling in the pit of your stomach right before you head down the mountain! Here’s a good look at the West
A league championship tonight. More douchebaggery anticipated.
Moar coffee, please!

There was a fight everyone’s final game Sunday. Yup

According to Urban Dictionary, the collective term for a “bunch” of assholes is a privy. (ex.: Sitting at the bar was an entire privy of assholes.) 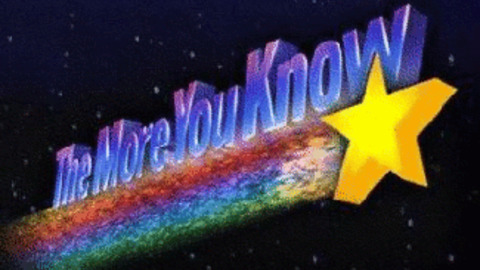 I was not privy to that information.

Now they need Finland to see off the Russians to make it to the semis, where they will lose to Canada…

My Mom is in Dallas at the moment. She loves the States and I usually ask her to bring me back a shirsey from wherever she goes, but Dallas, mmmm, nah.

Only 4/5 days until the first Bruins pre-season game! The Bruins website says it’s Tuesday 27th, but NHL.tv schedule is showing Mon 26th. Does anyone have a definitive date?

Take care all, have a great day.

You could get one of the goaltenders, but it’d be full of holes when you got it

There used to be a soccer goalie named Antti Niemi, now retired.

Morning all. I get to go home tonight!
Holy awesome Sweden/NA OT, Batman! I’ve been loving the WHC.

The WHC is way better than preseason.

Eh. It’s been the same for me

I’ve been enjoying it. It’s been fun for me to see hockey in September where they’re actually playing like they give a shit, USA excluded.

What do you think of the ref-cam? I love it. Never having played hockey it gives a great insight. Seen some negative comments on FB and Twitter, but as long as they stick to using it for replays (rather than while the puck’s In play) I think it’s a great new angle

The ref-cam is great. I want our resident long winded striped mofo to wear one and post video on here.

I’ll work on that.

The ref cam is great! I hope they use it during the NHL season too

Caution must be exercised while using the ref cam. Jo once told me that while I was watching the game, my partner’s attention was focused squarely on a hockey mom in yoga pants.

Backes comments are whiny, but at the same time why is he getting ripped for his “poor character”? What was he supposed to say, “Oh Kessel is totally right and our team sucked thanks to management decisions”? Ugh hockey fans are mostly obnoxious.

Trivia tonight, hoping for a much better showing than last week. Maybe we can even get another win??? Other than that water and work on tap for me today

I get it that Kessel could have been interpreted wrong when you’ve already been embarrassed. Hopefully the players will realize it wasn’t directed at them.
From a fan perspective: That Tweet was awesome.

I’m talking about Bruins fans whining about Backes though. Like what was he supposed to say “yeah, Phil’s totally right, USA totally sucks”

Agreed, whatever a Tweet is…. that was a good one.

I find Backes’ comments pretty accurate. The team was built to play a gritty game, but they didn’t play that way, at all. I found Backes to be grittier than most.

While Team USA was a roster full of douchecanoes that deserve multiple kicks to the balls, I can’t really fault them for losing. Management really didn’t set them up to succeed.

I don’t think we’re gonna see another post-game press conference from Torts after this tournament.

I don’t think we’re going to see Torts in another international tournament…nah, someone will be stupid and hire him again to do this.

HE CHALLENGED A GOAL THAT WAS ALREADY REVIEWED! Good lord, the stupidity.

I’m pretty sure his coaching career is over.

I’M STARTING QUICK, DAMNIT, AND NO ONE CAN STOP ME!!

He still coaches the Blue Jackets.

John Robert Tortorella is the head coach of the Columbus Blue Jackets.

That word… “coaches”… I think may be open to interpretation…

could be interpreted as “has team play with one arm tied behind their back.”

I’m leaving for salt lake city tonight, then driving to Jackson Wyoming tomorrow for a wedding. These are places I’d never think I would be going to, but here we are. (Also worth noting, the wedding is in a town called Moose, WY.)

I’ve only been at my new job for about two months, and yet i feel I’ve contributed more in that time than I ever did at my last place. It’s such a weird feeling to actually have the power to things and to be actually making a difference. I like it. I knew I had to get out of there, but I didn’t realize how bad it was until i was really gone, apparently.

Have a good weekend everyone, if I don’t check in again.

And have fun in the middle of nowhere!

Red Sox have been fun to watch this week, that’s for sure.

I’m that co-worker here for the Bruins. Get asked “how they doin” and I start going off on a whole thing until I get that glazed over look like “uuuhhhhhh, what?”