The 2016-2017 NHL Season officially began last night, a night which belonged to the number-one-overall draft pick of the 2016 NHL Entry Draft Auston Matthews.

Matthews scored a goal on his first shot…

and another on his second shot…

and a Hat Trick by his third…

All totaled, Auston Matthews scored 4 goals on 6 shots for the night.

Patrice Bergeron is out of the lineup and did not travel with the team with a “short-term” injury.

This statement from Head Coach Claude Julien didn’t stop people from speculating and jumping to conclusions that this injury could ruin the season for the Bruins.

With Bergeron taking time to mend, players have to slide in and fill-in at other positions…

Don’t forget to come back for the game thread later on tonight.

I really need a nap.

Particularly pleased at that last one as I was constantly confusing him with Spooner when he was 61.

So, I can just slap some duct tape on my Dougie shirsey and write CZARNIK on it?

I dislike the new Carlo number. Taken a little shine off the apple of getting a shirsey or jersey.

Do it. It’d be kinda funny.

I lived that era. I don’t need no site. He WAS 25. Still waiting for the retirement ceremony.

I could barely remember who was 25 LAST year!

Guy in the hot dog costume.

Well, that changes everything.

I’m so excited! I just saw a guy wearing a Backstrom Caps jersey and I almost wanted to say something to him, because hockey is back for REAL tonight and it is awesome.

The Leafs threw a party last night and Kyle Turris was the obnoxious neighbor who called the cops. Ah well, Leafs gonna Leaf.

I feel like I’ve been yapping to everyone on Twitter and it’s been great to snark at each other again.

I’ve been car-pooling in with another Anthro grad student and it’s been kind of fun gossiping about the department with him.

i guess im just too excited for hockey.

Good Morning All!
My body is getting beat up already and the season just started. Thumb is probably fractured from blocking a puck headed for my face, groin pull, hit in the knee with a clearing attempt last night. I need some goalie equipment – or better hockey to ref.
Hey Tallest, thinking of playing Cross Farms on my way to Massachusetts Saturday.
I’d really like to be back on the river – in a warm place.
I’ll have to pay closer attention to this fantasy hockey thing… mistakes were made….
Coffee!!!!

Tolland, super nice course. Any course between me and Boston is fine. Manchester even. (“Manchester even” must be said with Snaggletooth accent).

if you want, email me a time on when you plan to go. I may be doing some house hunting, so im not sure what i can commit to this weekend.

Trying to find your email address and am not so successful. Mine is 444iceman @ gmail.com. Email me and I’ll have yours. There should be an email address book, like the old phone book.

Do have to laugh over everyone going crazy with Matthews success last night. Did anyone else see the list of players to have a hat trick in their first game? Stepan was the most recognizable name and while he’s good, he’s far from a superstar.

My favorite may be Fabian Brunnstrom. Anyone else remember him? Huge FA competition, signs with Dallas. Hat trick in first game. Finishes his ~100 game career with 19 goals and 40 points.

No doubt it’s impressive. Many solid to above average players have gone their entire careers without a hat trick. But it also isn’t exactly indicative of future success.

But it is a fun way to start the season.

I don’t expect anything of Auston Matthews except (1) for him to stop spelling his name in a stupid way and (2) to continue to look like a younger , doughier-in-face, even-more-sullen Jack White clone.

Can't wait for him to go through his faux-goth phase!

So does Jack White.

ugh I hate the austOn….

Also, Toronto’s opponent was Ottawa. Matthews will be better than Brunnstrom, how good remains to be seen. Didn’t Tomas Hertl have a four goal game pretty early in his career?

Yeah! And I think that’s specifically where the Rooster comment came from!

Rooster comment? I am not knowing about this. Please to splain to me.

Thanks, I forgot about that.

Holy fucking shit, how the hell do I send a text message with the new iPhone update?

By upgrading to an Android? 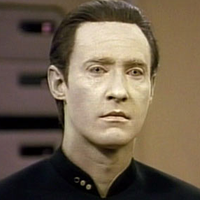 A superior phone system. Understandable you wouldn’t be familiar with it, stuck with the iphone as you are.

I really don’t understand why people care enough about phones to argue about them.

Ive always been a person of reason. Everyone is different and everyone has a device that fits their needs in their own ways. Take advice for what make the phone a good one and dont listen to anyone’s advice as to which to get, play with them and find the one that works best for you.

If someone wants my advice on a phone ill gladly give it, but ill never tell them one is superior in general, just what might be better for what they want it for.

I actually don’t really… I just dislike Apple and its acolytes so take shots when available.

Being objective, the two phone types are essentially equivalent. Each has slight advantages over the other but average out to be comparable.

To be fair, there really are two types of iPhone buyers: the “oh cool, I got an iPhone” and the “I must get all the new iPhones when they come out and give all my money to Apple.” I hate the way that Apple tries to sell to people so desperately but I don’t begrudge the average person who buys an iPhone. That being said, I love my phone (not an iPhone) and love that I got it when I did.

I found out how! I can also draw on it.

The long, long wait is almost over!

Don’t know how to check it, but I’ve got a feeling we did alright in matches without Bergy last season. Maybe other teams underestimate us.

Really enjoyed the H2H draft the other night, even though I only got a couple of the targets my exhaustive research came up with. Didn’t know we had so many scoring categories – I approve! I know this was discussed yesterday, but I was out all day, so didn’t get on here!

Hello Muse. I’ve been to see Muse nine times, but I’m guessing you’re not named after the rock band …

No, a throwback to an old blog I had where I went on and on insufferably about my favorite bands at the time.