Your Boston Bruins are taking on the Winnipeg Jets in seasonably cool and not-yet-wintery Winipeg tonight. I bet they’re glad to be doing it now when one can go outside and do Winnipeggy stuff instead of Winterpeggy stuff.

This is Winnipeggy in warm weather.

This is Winterpeggy. See the difference.

Holy Offsides, Batman! Blake Wheeler is now the captain of the Winnipeg Jets! Raise your hand if you forgot about that! C’mon, tell the truth!

Opposing Room: @NHLJets Captain Blake Wheeler previews his team, looks back on his first NHL game & shares what it's like facing Chara: pic.twitter.com/wtvvxfA9wd

Anyway, what do the lines look like tonight? I have some things that look like best guesses.

Tuukka Rask the first goalie off the ice at pregame skate. #NHLBruins

No fucking clue. The Jets do not like to inform their fans, or anyone else, who will be playing on which lines. Bastards.

Whew! Glad to get out of the first!

That was a lot of hockey.

I love you, Tuukka Rask.

Kitten update: She has worn herself out and passed out pretty much in her tracks 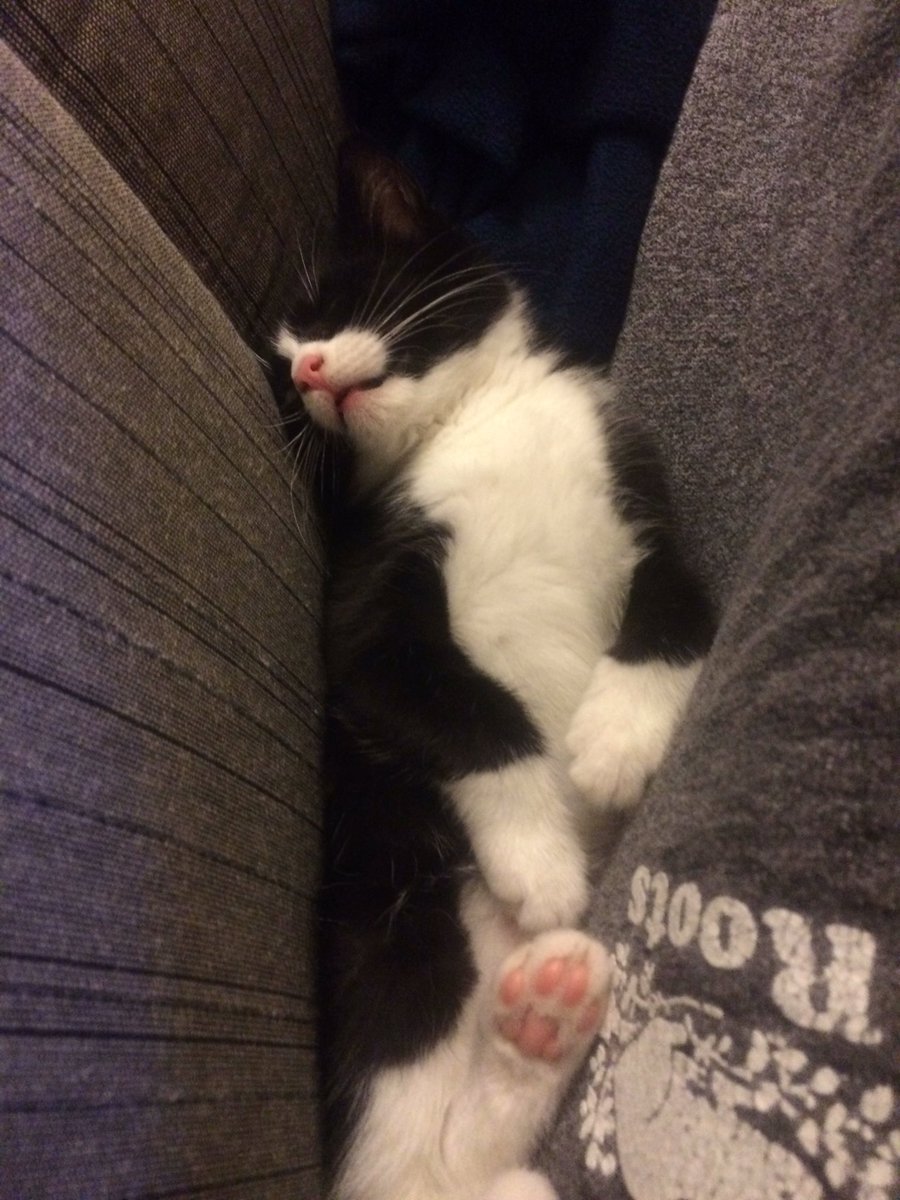 I love her little pink toesies!

I thought you meant the Finnish goaltender, like he was Santa Claus or Jesus.

Also, I accidentally types “Santa Claude” and with that I believe I just wrote the next Bear & the Gang.

Me? I’ve got so many layers going on, sometimes I don’t even know!

Wheeler did a bad thing again.

Wait. No. I lied. And am stupid. And will shut up now.

Uhhhh carlo…really? How did you think that wouldnt be called

Oh no, he’s not perfect. I hate him now.

Defensemen always trip and wonder how they don’t get away with it,

At work we have critical task laminated “do not desturb” signs…maybe try one?

and maybe a guard dog and some traffic cones

I assume thats because if disturbed during a critical task, you could trigger your very own Chernobyl though

OOOH! WE SHOULD MAKE ONE!

So Say We All.

Doc, you were right, it does seem to be said “Eelers”.

My boss’s last name is pronounced Eyelers. It amuses me when people
call and ask Craig Eelers.

Especially since I answer the phone call with the correct pronunciation. Follow my lead people!

People often don’t listen to the person who answers their call. I get distracted and expect to get a machine and that throws me off entirely.

Did someone just shout “Take Cover”?