The Bruins dropped one to Toronto on Saturday night. But, they’re on to Winnipeg.

Claude was asked about the availablity of several players for the game tonight:

Julien "pretty optimistic" Tuukka Rask will be ready. As of now, he has Rask scheduled to play tomorrow night.

Julien spoke w/media in Winnipeg; said Bergeron is back in Boston, but he's been on the ice & there's still a possibility he could join team

Tuukka said he feels good. He was asked if he would be ready to go for tomorrow night. "Yeah, definitely."

Should we hope that Bergy can make it to the game or take a few more days to really make sure he’s ready? Should we be worried about Tuukkas soreness issue? Did anyone even know that there was something wrong with Backes?

not to start a whole new topic but i just remembered…

In game one didnt tuukka have a moment where he had to collect himself from being on one knee? Initially i was like “oh no…groin strain coming back again” and then stayed in the game. Could that be why he was out in game 2?

Good Morning All!
Been busy with new house stuff this morning.
Oktoberfest was great. Many thanks to GH and IW.
I ate a lot of food that I’ve never eaten before (stretching my food envelope!) and was surprised at how great it all was! I think the sauerbraten was amazing. Also, the currything was really, really good.
Desert? Wow! the shiksacake was the schizzle, my nizzles! That appledeal was great, as well.
It was really great to meet some more oyster crackers. Great people, great times.
Jo and I even got to play a round of disc with Tallest. We were really happy to find he was at our level (we are all amazing, just not at disc golf!).
Went to see Mom Sunday. Also spent time with my sis and her hubby. They had lots of house advice based on their mistakes (they’ve been working on their house for 35 years and, no, it’s not done).
Heading out to lunch with Jo.

We were really happy to find he was at our level

Thank you! I try to introduce people to the tastier side of German cuisine. I need to make potatoes the right way. Also, I loved that you loved the Apfelkuchen.

Beleskey plays (better) Defence
Goaltender in net is not sleeping
Pasta scores for 3rd game in a row to keep hopes of a full season goal streak alive.

Goaltender in net is not sleeping

I recommend this all the time. NO DOZ for all the goalies.

I recommend NO-DOZ for me.
Or perhaps I just shouldn’t spend 6 hours straight eating & drinking before the game.
Yeah, that might be it.

Score more goals than the Jets do.

Five:
Make sure none of those goals go into your own net.

Score more goals than the Jets do.

This is a solid plan.

I’ll get Claude on the phone right now!

Oh did anyone pass along the signing Hampus strategery to The Don Sweeney? That was hilarious.

Well, he is officially a Canuck now.

Oh man, yeah, that was rough to watch.

FIrst goal of season on a new team and its an own-goal.

I know! Of all the things to do!

I think you can leave out the better. He needs to play defense at this point. He was miserable Saturday

I am still curious if this is due to trying to do too much with a young center? I would have to rewatch to see if Czar was also out of position…but yeah…forwards need to stop letting the extra man be open. 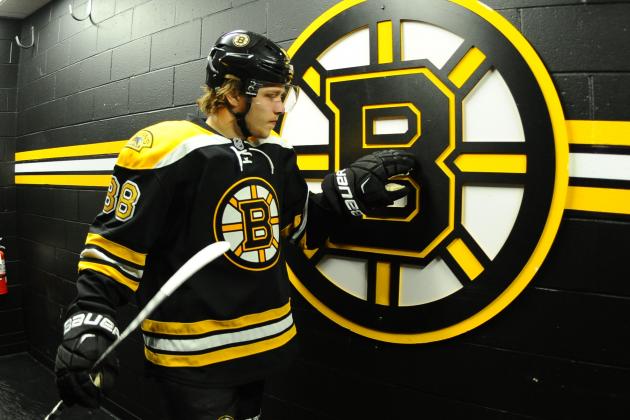 is it cannibalism if you are eating yourself?

Whoever is “Yandle with Care”; were having a nice back and forth battle. After I started strong you came back to clobber me and now were tied. This is exciting

That would be me. Hello!

Were having a good tug of war. What day is our match over?

That’s a good question as I am drawing ever so close to Tuuka Catsk!

I’m still grading the most depressing batch of midterms I’ve ever graded. For example, I asked my students who was the black man who died in the Boston Massacre. It was a multiple choice question. Several students picked “Luke Cage.” GOD DAMN IT, STUDENTS.

WestWorld is a cool show, though. More hockey tonight.

I’m seriously going to have to recalibrate this class. I’ve never had so many Fs. And I thought that the test was super easy. I’m baffled.

HOW COULD THEY NOT KNOW THIS WAS NOT THE ANSWER? DO THEY NOT HAVE NETFLIX?

Although, yeah, you ARE right, I thought Luke Cage was supposed to be indestructible anyway.

See, some of my students wrote “impossible” next to Luke Cage on the test. Some are in the know!

not true…i believe deadpool killed him by making him swallow a grenade.

Well, I’m sure that’s right. But I’m willing to bet that most have only seen the TV series (myself included).

yea, to be fair, he was killed in deadpool kills the universe so…theres that.

hope everyone recovered well and is fully not enjoying their monday like myself….you know what they say…misery loves company!

btw, nice meeting those of whom i havnt met before, had fun and enjoyed all the lovely hosting provided.

I’m glad you came and stayed for the game. It was a lot less hectic by that point.

Thank you for hosting and feeding me!

Yay, I might be able to see most of this game with you!

Not a whole heck of a lot happening this weekend. I took care of my friend’s cat and I think walking back and forth set me back a little on my cold but I’m otherwise OK.

So yesterday I spent a lot of time watching TV. I started watching Pitch which I liked fine, but I really have nothing but amazing, wonderful things to say about This Is Us. It’s so well written and just has a lot of heart behind it. Went through all the feels last night watching it.

Morning all. Ended up working all weekend. Ugh.

Well thanks for kicking off the game thread on Saturday. I was having a hard time keeping my eyes open and had a house full of people.

That sucks. We missed you, especially your poor pronunciation of Spätzle.

SPATZEL! Was really bummed to miss it. I had the sads.

It disappeared quickly! I should have made a double batch.

yeah…the three tiny pieces i had were very good.

I’m so sorry! I was battling to get that one out.

haha no worries, i had more than enough food…everything was fantastic. in fact i want more for lunch right now.

Maybe I will have a Spätzle party for you and Sis, since she missed out on it as well. Bring your own bacon, though.

Please be careful running with a fork

look at you being adulting and stuff.

Yeah..you could totally accidentally stab someone, then you’d need to find a clean fork.

Just dont go waving forks around like VA does with knives.

Knives are shiny and pretty. Plus, I must’ve been a trained assassin in a past life.

Is there a special spatzel fork…like there is with a chili spoon?

I have tiny shrimp cocktail forks. I’ll take them out for the Spätzle Party.

Seeing as I’d probably would have tackled anyone and everyone to get to the spatzel, it’s probably a good thing I wasn’t able to make it to the party.

You know where the portal is.