The Bruins played the Sabres in Buffalo last night.

Ryan O’Reilly did not play last night due to appendicitis.

The officiating team for last night was TJ Luxmore/Ghislan Hebert at ref and Greg Devorski/Mark Shewchyk at linesman. Unfortunately, as we will see, officiating was an issue.

The Bruins gave up a couple of opportunities early in the first, leading to an Eichel-to-Foligno goal.
Bruins trail 0-1

William Carrier hits David Backes into the boards, a little late, a little high, and #42 takes a long time to get up. He would not return to the game and is presumed to have acquired a concussion.

William Carrier drills David Backes with a check to the head. pic.twitter.com/z1S4jQUp4g

2 minutes later, Adam McQuaid seeks out Carrier and drops the gloves. The linesmen quickly jump in to break up the fight.
Sort of.
Greg Devorski jumps in quickly, and pins McQuaid’s arms. His partner is slower to get a grip on Carrier, and is unable to prevent him from punching the defenseless McQuaid several times in the face.

McQuaid is clearly unhappy with this result, arguing a little with Devorski. His eye & face is visibly bloodied during the the conversation.

Carrier receives a 5 minute major, while McQuaid receives a 5 minute fighting major, a 2 minute Instigator, and a 10 minute misconduct – 17 minutes in total, plus a 2 minute penalty kill. Kyle Okposo would score on the power play, Sabres going up 2-0 on the Bruins. McQuaid would eventually serve out all his penalty time after getting stitched up. Carrier would not return, having injured his hand on McQuaid’s head/helmet.
Sabres fans and media tweet out a long stream of nonsense.

(Meanwhile, Bruins fans & media tweet out an erudite and well thought out series of complaints)

And to add insult to insult and injury and injury, the ref missed Okposo’s goal, resulting in a delay (presumably as Toronto called down) and a scoring review ensued.

Even aside from this, the Bruins were on the wrong side of the penalty differential early in this game, including a dubious cross-check call on Kevan Miller.

Bruins have been outshot 16-9 so far.

A few testy exchanges and scrums ensue, leading to some mostly offsetting penalties.

Then look who’s starting to play his game again…

David Krejci also gets some good scoring opportunities, working with Frank Vatrano in place of Backes.
Then on a power play, some sustained pressure around the Lehner’s goal results in this:

Bruins outshot the Sabres 15-10 in this period.

There’s a little back & forth in the 3rd, but the Bruins are generally the stronger of the two teams. The Sabres are a little chippy, “feeling their oats”.

Ryan Spooner pops in a one-timer from the slot with around 4 minutes remaining in the 3rd.
Boston takes the lead, 3-2.

Ryan Spooner gives the #NHLBruins the 3-2 lead late in the third! What a goal. pic.twitter.com/MWsW371av0

With 1:20 left, the Sabres pull their goalie. They did not manage this situation well, and Spooner gets an empty net opportunity, from which he is not sufficiently knocked off.

Spooner seals the deal with a nice effort on the empty netter pic.twitter.com/5i6RF2km2D

Thought for the day (and everyday):
If you meet someone who says they love you and wouldn’t change a thing about you – give ’em a chance. I met someone 6 or 7 years ago who said that to me after we became an item. She never has tried to change me and still claims to love me just the way I am. Okay, she’s a little crazy, and it took a looooong time to meet her, but they do exist (crazy as they may be) and, if you’re lucky, you might meet that person.

If she loves you the way you are, you’re probably a little crazy, too!

Wow. Weird that they couldn’t find a trade partner given the number of teams that need a goalie.

Halak has proven himself in the playoffs before.

He’s carried the Slovak national team on occasion too!

This is so weird.

to the shock of very few

David Backes, who left last night's game with an upper-body injury, the lone Bruin not on the ice for practice this morning.

Any word on if it’s a concussion? Or are they just sweeping concussions under the rug now by reporting them as non-specific UBIs?

Buffalo burgers might have worked for MFA. Not sure which Bruin that would fit. Review an opponent?

That would have worked.

Honestly, I was thinking about doing Tommy Cross today because I have the perfect pairing for him, but he hasn’t been called up in a while & I’m saving that one for a day when I need someone haha

Dominic Moore maybe? His hometown of Thornhill, ON is only about 2 hours from Buffalo.

He should be out for a suspension, not an injury, for continuing to throw punches at a defenseless McQ after the refs moved in to break up the fight. How did he not get at least an unsportsmanlike for that?!?

Because it was in a normal fight. The linesmen really screwed that one up.

It stopped being a “normal fight” when the refs told them to break it up & he kept throwing punches in defiance of their orders.

That confused me as well. Continuing to throw punches after you’ve been warned to stop and your opponent is defenseless is absolutely a dirtbag move, and deserves additional discipline, but I think the actual wording of the Unsportsmanlike Conduct rule isn’t a terrific match for that situation. (I’ll need to install a PDF reader to refresh my memory & be more confident of what really could have been done.)

Ok, looked it up – UC has very specific rules, but the NHL Fighting rule already has a specific clause (46.5) for continuing to fight that allows a misconduct or game misconduct penalty to be assessed.

It was annoying to see an Instigator penalty that we don’t see applied much anymore, but Quaider totally committed it.

Yeah, I’d agree that Quaider’s instigator was a no-brainer – he charged from the blueline to the crease to have a go at Carrier. But Carrier’s rule 46.5 violation was equally blatant.

He should be suspended for the head hunt.

That too. I suppose it’s too much to hope that DPS will slap him with a double suspension?

Good Morning All!!!!!
No food association? I’m making my own – Birthday cake!!!!
Today I am officially old. Like farting dust old.
Playing hockey tonight. I’ve played hockey on my birthday 35 of the last 37 years. That’s an estimate – just roll with it.
The Bs could complete my Bday present tomorrow, beginning at 1pm (not 1:30 or 1:45 Bruins, please).
Jo is playing “hurts so good”. Yeah, I love those young boy ways, too.
I am singing that song from the Sound of Music – “I am sixty going on seventeen”.
Don’t strike a match near my coffee today!!!!!!

Happy birthday! My sister is 49 tomorrow. Not quite farting dust, but not that far off.

Hope you’re having a good one. I am in the office but had time to catch up on last night’s game, which I have just finished. Might be a feisty one for you tomorrow, if the officials give them the chance…

Congratulations on making another orbit of the sun without dying!

A little late, but its end of month 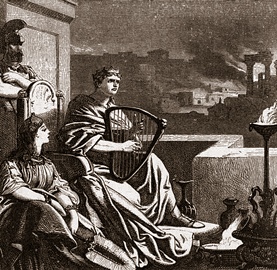 Been a weird year for him for sure.

I couldn’t agree more. I was shocked when I heard that his Corsi for is off the charts great this year. It hasn’t shown in his scoring stats, but hopefully it will soon.

Nice to see Bergy finding the net again. Been a weird year for him for sure.

I can’t remember now if it was Dale or Billy, but one of the intermission guys last night was saying that he’s “obviously working through something”. Hopefully, he’s finally through it – whatever it is.

-The refs were more awful than usual. Honestly thought that they might call Krejci’s goal back.
-Spooner deserves a beer. Maybe just a standard Sam Adams, but a beer nonetheless.
-Bergy’s goal made me want to have babies.
-Ugly, ugly, ugly first period. Nearly turned the game off.

Bergy’s goal made me want to have babies.

Honestly thought that they might call Krejci’s goal back.

That’s because some of our shirts are white with black stripes while others are black with white stripes.

And no one likes to talk about these guys:
http://www.remembertheafl.com/images/AFLRefHOFGame.jpg

-Jack was in rare form last night. There’s no cooling him off when he gets heated up there.
-If Pastrnak gets a suspension for his hit, then Carrier better be taking a fucking vacation.
-Seriously, WTF was that refs?
-Glad we got a win, but almost nothing about it was pretty. Well, except watching Spoons deke the pants off 2 players for his EN goal.
-We have friends coming over for pizza and games tonight, that should be fun.
-Party tomorrow night. I never have concrete New Year’s Eve plans. That should be fun.
-Plowed snow at the end of the driveway can get bent. Especially when it’s the wet heavy stuff that falls when the temperature is at or above freezing.

If I don’t talk to some of you before Monday/Tuesday, have a happy and safe New Year everyone!

If Pastrnak gets a suspension for his hit, then Carrier better be taking a fucking vacation.

Has there been any word on that?

That was a tough game to watch last night, but 2 points is 2 points.