Now that we’re done with St. Louis and David Backes’ return to play against his former team, we can talk about the All Star Game.

This year the Bruins have not one but two representatives in the game this year: Goaltender Tuukka Rask and winger Brad Marchand. It marks the first time they both will play in the ASG.

Both more than deserve this opportunity for fans to get to see them play in this game; Tuukka has been standing on his head this season with a record of 21-9-3 and a save percentage of .926 and a Goals Against Average of 1.97 while Brad has quietly (for him) put together some nice numbers with 15 G 23 A for 38 points and a shooting percentage of 11.8.

The NHL released pictures of the new All Star jerseys, describing the inspiration behind them among other things.

The jerseys are inspired by the NHL’s Centennial, the Los Angeles Kings’ 50th anniversary and, of course, Hollywood. The Pacific Division will wear the black jerseys; the Atlantic Division will don gold and Jonathan Toews and the Central Divison will be dressed in purple, while the the Metro gets white.

I think they’re kind of ugly but less ugly than last year’s versions. Guess you can’t please everyone, right Carl?

Chiller is out. Quaider probably in.

Let’s hope Liles has shaken off some rust…

Where the hell have Tim, Geoff, and Muse been?

I was wondering what happened to Miss Muse the other day. I get here and like three weeks later she disappears. Makes me think it’s me…

i have also been wondering about them folk. Hope all is well with them :/

Why must people cock up their 2 weeks? Jerks you’re there as a courtesy to your employer by giving a 2 week notice, do your job for 2 weeks.

Conversely, I worked way too hard in my last 2 weeks at my last place. I owed those jerks nothing.

Ha! Jo’s company just hired and trained a woman (Jo had no voice in the hiring or training). The woman she is replacing is gone and now Jo has to fix fuck ups at an alarming rate and retrain newbie on the same shit daily. She’s losing her mind!!!

Hoping Ribeiro will do something worthy of an Oscar nomination tonight. That stuff cracks me up.

I long for the old Prince of Wales Conference and cool All Star jerseys.

Montreal is a favourite among the F1 journos – and usually a good race.

You said it, damn you!

You’re going to have ALL the poutine, which will be exciting. If you don’t have poutine, you’re doing Montreal all wrong.

i don’t really like poutine. It has the word pout in it, which is just so typical of Montreal because they’re whiners.

Phew. I was really worried after that first sentence!

The jerseys are inspired by the NHL’s Centennial, the Los Angeles Kings’ 50th anniversary and, of course, Hollywood. The Pacific Division will wear the black jerseys; the Atlantic Division will don gold and Jonathan Toews and the Central Divison will be dressed in purple, while the the Metro gets white.

Can the NHL have more of a hardon for Toews??? Does he get his own special jersey? why mention him at all? the the central div. so boring and lacking in fan following that you have to sell the division with a star player? It would be one thing if you listed like each all-star captain and their team jersey for each div….just just one player is so obnoxious.

At least it’s not Patrick Kane?

I think this was more of a shot by Yahoo about him being there. Toews is completely undeserving of this bid this year. However if he’s captain I will come unglued

Really? Why so serious? 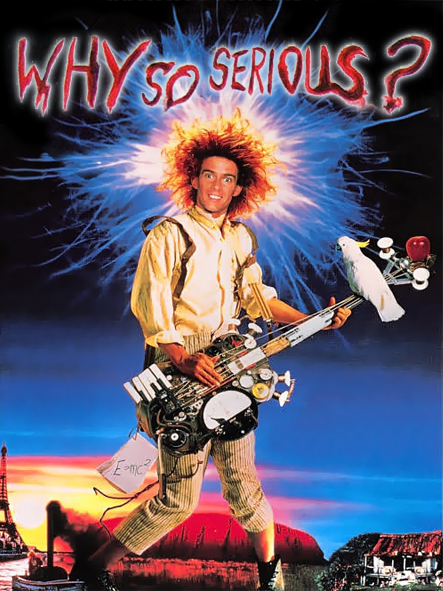 a shot by Yahoo

Also, Toews hasn’t exactly been setting the world on fire this season.

How the heck does Boston have so many more games played than Ottawa? Boston has been playing non stop and seemingly continues to do. When does Ottawa catch up in games played? Must be real late in the season.

Or we’ll sit there helplessly as the rest of the Atlantic overtakes them.

no no. Blind optimism! it hasn’t failed me yet!

It has failed me many, many times.

i refuse to see it’s many many many failures because i’m blind now!

Gray is a horrible color on jerseys. I like the purple unis and yellow unis.

Good Morning Friends!!
It’s warm!!! I want to be on the river!!!
A friend wants to paddle tomorrow, but today! Today.
I can watch the game tonight. Yay!
I hope Tuukka’s end of the ice is Nashville’s Pred no zone.
What’s that? The door is where?
Moar coffee!!

I kinda hope Zane gets another go with Neal and Subban out. But I also want them to win the game, and that’s something the Bruins just don’t do with backup goaltenders.

It would be really nice for McIntyre to get a win. It’s super annoying that Tuukka literally has to play every game.

-Had a rare and very pleasant day off with the missus yesterday. We went to the cinema to see Collateral Beauty. A nice film but plenty of plot holes if you want to be picky.

Not the sort of film we’d normally go for, but while we were in NY last year we found ourselves on the set while they were filming it! It was a very warm spring day, but there was snow piled up on the pavements (it’s set at Christmas time), then Will Smith rode past us on a bicycle! So, yeah, we felt we had to go see it.

-Caught up with the Blues game last night. A fun one, though I think if I were a Blues fan I would be pretty underwhelmed by their performance. Haven’t seen any updates on Chiller or McQuaid.

-All Star Games aren’t part of the sporting DNA over here so I’m not really sure how prestigious a part of the calendar they are. Opinion on Twitter seems divided.

According to Flashscore, James Neal and PK Subban are out, but it also has Marchy listed as doubtful with an upper body injury, though I can’t find anything about that anywhere else.

Last think I saw for Chiller was doubtful for Thursday, which sounds promising long term, except with the way the NHL reports injuries these things have a way of mutating into ‘several months’.

Really though McQuaid is reported to be with the team as of today. I am trying to not feel disappointed that a player is healthy enough to travel. It’s cognitive dissonance at its finest right there.

Claude’s considering both of them “day-to’day“.
Of course, that means McQ could be doing about this well:
http://vignette1.wikia.nocookie.net/starwars/images/4/45/Ani01.png

I am picky about plots!
You were pretty much obligated to see said film.
Jake Allen is one of my fantasy league goalies. I’m not real happy with him.
All Star Game – meh. It’s not even hockey.
-Nashville have only two regulation wins in their last nine, = Bruins are so screwed.
I approve of this long winded message.

On the upside their insistence on letting struggling teams put one over on them makes me believe that the reciprocal has a chance to be true in that if Boston can get into the playoffs as the second wild card they are a shoe-in for the Cup.

My apologies, that was a very sloppily constructed sentence.

I have been thinking along the same lines, bruins play down/up to the skill of their opponents so technically if they make the playoffs they should be playing with drive and not sitting back on their heels. Problem is i havnt seen enough consistent play in the beginning of games to show that they can show up to play even in the playoffs.

Other then possible issues of injury and or too much TOI to make players worn out by end of year, you would think that they would have zero excuse to look tired and unmotivated in the playoffs. You have no back to backs and you should be well rested going into the first series.

I think the real thing is just going on a hot streak before playoffs to get their confidence up and take chances to push play and take high percentage shots when they exist.

They get in trouble when they force passes that arent there or take shots when there is no lane to shoot. That and when pressed they revert to the east-west D-zone passing and eventually someone will misshandle the puck and the other team gains possession in the zone when they could have just skated the puck out a min earlier. If they have confidence and push the play they generally play more north-south and their D does better in those games (assuming they dont fall over on the way back).

Good god, this is the most MIND SHREDDINGLY MADDENING THING this team does. STOP GOING LATERALLY IT DOESN’T WORK JERKS

But it works when there’s a red line. Go red line!

speaking of redline (and stripes, you’ll appreciate this)

Yesterday Em & I were in a thrift shop and I found an old “NHL rules in pictures” book. And the book was so old it still had the 2 line pass rule in it, and fighting was considered “fisticuffs” I should of bought it

You definitely should have bought it. I love when people say “fisticuffs”.

I used to play in a league that had the two line pass rule. It’s good for defensemen.

Only status I heard was that McQ stayed behind in St Louis the other night rather than travelling with the team while Miller was doubtful for tonight.

Maybe they pulled a stupid & confused Marchand with one of the “M” players who might actually be out tonight?

Were you in the movie? Could you see yourself in the background?

Nah, didn’t see ourselves, but he does ride his bike A LOT in the film so there’s several scenes it might’ve been.

The Bs certainly seem to have a talent for cheering up struggling teams this year.

To be fair, Michael Ryder ispretty good in net.

I know exactly why I have this boner.

Oh man, thank god that experience is over!

Versus became NBCSN, so is it really over? Or just the same nightmare by a new name?

It’s at least pretending be a legitimate network now.

Anyone remember the Outdoor Life Network?

I have an OLN hockey puck in my collection.

Truer words have not been spoken, sir.