Before the game, Bruins centerman Patrice Bergeron had told NESN correspondent Sarah Davis off camera that he liked the matinee games because they were nice to play since he gets up early. Judging from the results of Saturdays game against the Flyers, I would agree. But…

No scoring. No penalties. The play wasn’t great but the mistakes didn’t kill them. The period moved quickly.

Most amusing stat: Boston had 4 icings to the Isles 1 with three-plus to go in the first period.

The most exciting scoring opportunity came just under 3 minutes when Torey Krug took a slap shot on Greiss. David Pastrnak, who was screening, tried for the opportunity to dump it in just went wide.

Bruins end the period with 6 SOG, Islanders with 3.

Early Bruins penalty by David Pastrnak, kill it off.

At 13:18, Nicolay Kulemin catches Tuukka playing out front of the net, sees some daylight and takes a shot on the empty side of the net.

You're welcome for the video @NYIslanders pic.twitter.com/3jTGioNZou

Boston receives a power play opportunity late in the period, which overlaps into the third.

Zane McIntyre came in to relieve the embattled Rask for the entire third period.

I could describe more but you know what, fuck it, I won’t Bruins lose to a terribad Isles team 4-0.

So Capuano just got fired. Boston lost to his team 4-0 yesterday.

Which I suppose begs the question: If Sweeney and/or the Jacobses decide to axe Claude (I still hope they won’t), do people think Capuano would be an acceptable replacement?

Just to lighten the mood a bit: Tuukka and Pekka Rinne had a hardest shot competition:

That’s cool, but I’d like to seem them try that with their goalie sticks!

@carvinbass18 No, people are just reading into it too much. Canceled practice because the team is tired.

Welp, there ya have it.

well duh…people are going to read into things when the head coach calls a press briefing. Thats just odd to do for no complication reason…you have a team PR agent you just tell them “practice canceled due to tired players”.

Washing one’s beard with vinegar is a GREAT way to fight winter dry skin. I can’t believe it.

huh…ill have to look into that

After trying out it every other day for 8 days, I am very impressed. The only stuff that did better was very expensive shampoo.

The downside is that I occasionally get a very string whiff of vinegar.

ive heard lime juice and aloe is really the best thing to use, but ive never tried it.

I’ve heard that beer & chicken wings are the best thing to use, and I apply them whenever possible.

bruins practice supposed to start 10:30, 10:36 only players on ice are beleskey, hayes with 3 assistant coaches (no cassidy)

Bet Claude is just ripping into them good.

B's practice this morning canceled, only Zane McIntyre, Matt Beleskey & Jimmy Hayes on the ice. Claude Julien to speak to media at 11AM ET.

Yeah, I want to listen to this

Is this not on Bruins website or NESN???? wtf

I cant find it. Bruins are tweeting quotes as usual. Nothing hard hitting

Then maybe have practice?

Unless the reason they sucked is everyone has flu. Whole team except Backes and Hayes.

Practice won’t cure this. Practice doesn’t cure not showing up for a game. This team is frustrating because people think they will turn a corner and become the team they’re supposed to be. But, this is the team they are and will be.

Thing is you bring in people like Backes and Beleskey who are obvious leaders and its not like Bergy and Chara ever play it easy…so i dont understand how leadership is failing to keep this team focused and bring effort to every game. The lack of effort makes no sense once so ever.

it’s games like that that make me agree with your playoff prediction.

i think they will be a good playoff team if everyone is healthy and keep Chara’s mins down…but they have to make the damn playoffs!!!

That’s the thing. This team can win against good teams, but with this whole stupid bye week & weird schedule cramp right now they’ve left teams close with 4/5 games in hand & losses to the Islanders / Devils / Av’s are gonna haunt them.

We are a chatty group today.

Yesterday’s “game” was so utterly disappointing.

Starting a new semester today. This time around I’m teaching US history since 1877. Should be fun!

youve been teaching US history since 1877??? wow…youre old.

It’s a dad joke, but it checks out.

On the other hand, I only had to take 2 years of history which for me was nice (to you: THE HORROR)

I’ve taken very few modern history courses. In fact, I don’t think that I’ve taken the course that I’m about to teach since, um, the second semester of my senior year of high school.

Good thing I’m a profession historian. Rule one: Fake it until you make it!

I think I would have really enjoyed it. Long story short, though, we got screwed because I took “World to 1815” then was supposed to take “World since 1815” the next year, but they shifted the whole curriculum down a year and removed US History in 8th grade.

As a result, I basically took US History twice in 3 years.

Every time I did US History it was revolution to pre WW2. Hated it. Modern Euro was the best. Started at WW1 to the 60’s in a half year course.

That’s an awfully weird periodization for US history. I bet I could keep you entertained, though!

That’s a shame, but that was the same for me, too. 10th and 12th grade were basically the same. It’s what turned me off of history for so long.

And that’s usually the case for my students, too. It’s an uphill battle, but my evaluations suggest that I’m changing some minds!

That’s the thing, if you’re going to do the same time period, you need to do it from multiple vantage points.

I’m really looking forward to teaching this class. I’m pretty excited by the syllabus; we’re going to cover a lot of really topical and relevant stuff.

Also they’re having to read and watch John Lewis. I assigned that before the PEOTUS decided to start a Twitter beef with him, and now I’m doubly glad he’s on my syllabus.

Yes, people’s refusal to learn from the mistakes of history give you plenty of ammo, I imagine. More relevant now than ever

Why can the Bruins not beat the bad teams?
Isles, Devils, ‘canes should all be ‘easily’ handled.
At least they swept the Sabres.

Maybe they had a case of the mondays?

I believe they had a case of the Mondays. It’s too bad they often suffer from the Tuesdays, the Wednesdays, the Thursdays, the Fridays, the Saturdays, and the Sundays, as well.

day’s that end in Y. Such bastards 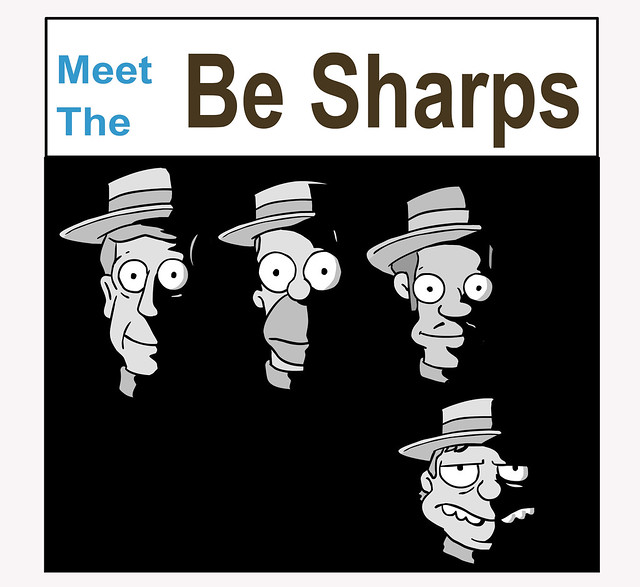