You’ve probably heard by now that top-line LW Brad Marchand is due to have a hearing today regarding his trip on Niklas Kronwall. If you haven’t, here’s the word from the Department of Player Safety (DoPS):

Boston’s Brad Marchand will have a hearing tomorrow for a dangerous trip on Detroit’s Niklas Kronwall.

For those of you who missed it the first time or just didn’t remember it at all, here’s the clip:

On NHL Live, NBCSNs pregame show for NHL Rivalry night, Bob McKenzie said that it wasn’t being considered a slew-foot because Brad didn’t pull on Kronwall from behind while taking out his leg. It is being considered tripping.

So, Brad’s going to get suspended or fined. If it’s a suspension, how long? If it’s a fine, how much?

McKenzie suggested it would be one game and that it would not interfere with his ability to play in the All Star Game.

Let’s break this down a bit. We’ll disregard the ASG stuff because all players selected have to play unless they are injured, or ugly like Evgeni Malkin, sending their first born in their stead. 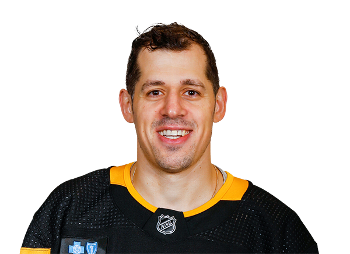 Brad has been fined and suspended numerous times during his career, the most recent suspension coming last December right before the Winter Classic at Gillette.

Even though the infraction is not considered a slew-foot, Marchand has been fined and suspended for doing that in the past as well as for clipping, but not for tripping. Essentially if it is a one-game suspension, it will be due to his history of these unprovoked infractions. There is recent precedent suggesting that it could be a fine and that maximum allowed under the CBA is $2217.74. But this is Brad Marchand, a player who has a reputation for being a pest and already has multiple multiple-game suspensions.

Let’s hash it out:

Should he be suspended? How many games? Or should he just be fined?

was just getting ready to copy / paste the tweet haha. Beat me to it

Some folks are having issues seeing pictures and tweets, so just thought I’d summarise. Can’t find dollar sign on this keyboard also, ha!

convert it to pounds haha

For that you’d need to know the weight of a dollar & whether it’s in bills or coins.

This makes me happy. The Bruins have suffered from a stream of players getting injured or suspended when they go on a run of playing well. Marchand has been one of the few players who were likely to produce points during this bad stretch.

$10k seems big enough to get his attention, but I doubt it really changes his style of play. Especially where this one was a reactionary foul to an equally bad provocation which was not punished in turn.

IW and I were talking last night, as we often do, and I was telling him about a great idea I had- getting people together for a night to see a P-Bruins game and possibly having dinner or drinks (or mayhem wink) at Andino’s a short walk up Federal Hill. We could make it either a Saturday or Sunday game or a well-planned Friday night game. I think it would be a fun night! Who’s interested?

I can’t believe how expensive Providence games still are. I was looking at taking the kiddo to a game but don’t want to spend much since he has the attention span of a goldfish. Tix are well north of $20 from what I recall.

You can usually get them buy one get one free.

… though it looks like right now it’s just 5 bucks off. I generally by the 10 flex ticket packs which comes out 15$ a piece but we go fairly often.

This is from the Bruins twitter account, quoted instead of embedded because I am kind and considerate.

Julien will speak to media at approximately 10:35 a.m.

So, disregard the media availability of Claude for a minute since it’s routine, is this an optional skate or do you are these our scratches plus Bergy getting extra time on the ice.

Also, there’s a game tonight guys, shouldn’t you (the Bruins) being practicing?

I appreciate the consideration!

I guess it depends on Coach’s judgement of how tired your players are and how much fatigue is setting in due to this schedule. I would think at this point there is a fine line between helping your players remove issues and over skating tired legs. Thinks like studying film and such to adapt to a team’s recent play against you that you evidently were completely outmatched for may be a help.

At this point i am curious how much of this is going to land on strength and conditioning coaches heads that is if this month of faltering is not due to lack of will and desire to win but lack of energy and conditioning.

There has been a lot said about how the compressed schedule due to the World Cup of Coffee™ has wreaked havoc with this team. It seems to me that that is only a partially valid excuse for this team’s performance. Time will tell, especially after the bye week next month. But, it is fair to point out that they did change up the Strength and Conditioning of the team; Whitesides is no longer the Head of S&C And they have looked spent during parts of this season.

They certainly have looked out on their feet at times and have been weak in third periods lately.

One of the other teams who have played 51 games – Calgary – have lost their last four and been totally spanked in their last three. I haven’t seen those games to comment on whether tiredness is to blame, but it fits my narrative

Good Morning!!!
Ouch! I’m calling that clipping. It was dirty. Kronwall will be looking to repay him for that one day.
I’m hoping the Bs can build some momentum off the Win over the Wings.
It’s warm today, but yuck.
NEED TO MOTIVATE!!!! soon.

Kronwall actually initiated it if you check the GIF posted in a tweet below. He slew-foot Marchand near the benches earlier in the shift.

Wow! Didn’t see that. No love lost there, eh?

Brad has been fined and suspended numerous times during his career, the most recent suspension coming last December right before the Winter Classic at Gillette.

Wait, that wasnt “Winter Vlasic”?…cause pretty sure it was just a game of pickle.

I only remember meeting Timmy and getting my finger stuck in beer bottle. Smooth.

Good morning, friends. Subbing in for another professor today. Wooooo!

Let’s hope the team that showed up in the third period on Tuesday shows up tonight.

There is a definite distinction between slewfoot and tripping and this was very clearly the latter, which in my uneducated opinion is a far less dangerous play.

That said, it was an incredibly stupid and unnecessary play and he deserves to be suspended for the sheer stupidity alone.

I cant believe im going to say this but i agree with Bob.

And so it begins…

I busted my ass studying for my first Biology 111 test. Even when I was taking 300 level poli sci and journalism classes, I didn’t study this hard. (That’s probably why I dropped out too.)

Super funking tired today. I might coast through this work day. 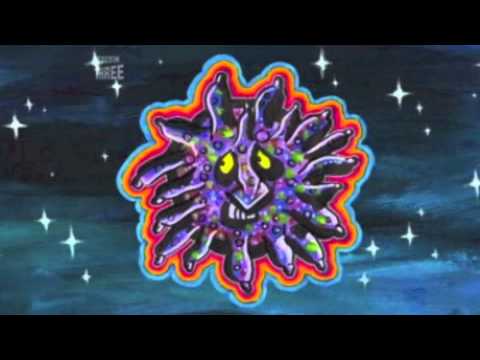 On NHL Live, NBCSNs pregame show for NHL Rivalry night, Bob McKenzie said that it wasn’t being considered a slew-foot because Brad didn’t pull on Kronwall from behind while taking out his leg. It is being considered tripping.

Missing the game to skate is always worth it.

NO BODY EXPECTS THE SPANISH INQUISITION!

Went to the new office yesterday to argue about the floorplan and seating arrangements. Got one thing I wanted, got stuck with another thing that really irks me… so in the end, I don’t know how I feel about it. Kinda pissed, kinda OK.

Did you get your glass window?

So, tripping warrants a suspension now? It’s a dirty play for sure, but I wasn’t aware tripping could land you a call with DoPS

I guess the point that was missed upon me was it is being considered a “dangerous trip” warrants a DoPS fine/ suspension.

I think Marchand should get a game or 2. It was dangerous, despite his reputation.

However, if you’re the DoPS, this needs to be looked at too.

@phoneymahoney I know right, his knees are busted from doing this type of thing 30 seconds prior…https://t.co/dO3cDR6bOv

but it’s not so #carlshrug.

Not THAT is a slewfoot! Or it certainly looked like one in the brief instant the play is shown.

It’s not a good look. They both should get something that’s for sure.

Don’t see how they can even investigate the one and not the other.

That’s because you understand logic and reason, things that professional sports leagues have no comprehension of… 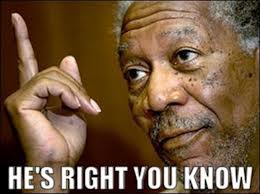 Could understand it if the refs on the ice had missed one or the other, but Whoever at Toronto must have seen both incidents.

It does make you wonder what goes into this decision-making process.

Not trying to defend Marchand actions – what he did was stupid and does deserve to be punished – but some consistency would be nice!

Kronwall is a dirtbag.

If it weren’t Marchand, I doubt it gets looked at, since it was penalized in game.
He probably does deserve supplemental discipline for it – it was away from the play.

However, Kronwall’s was a classic slewfoot, and Kronwall is (also) a douchenozzle who pulls sketchy stuff like that all the time – yet he usually gets away with it. (he did get suspended during the playoffs a couple of years ago).

I’d say the league has a double-standard, but that’s selling them short. They’ve got triple, quadruple, many-faceted standards.

It was NOT penalized in game. The only penalties on Boston were on Chara and Krug.

Still doesn’t make sense to investigate one play while ignoring the second… especially when the one triggered the other. No surprise that they ignore the instigator and go after the response though…