A new installation of the morning food association beings today, and we’re coming to you live with not a player, not a coach, but a general manager! Today’s food comparison is Boston Bruins GM Don Sweeney, and he will be paired up with Eggs Benedict Arnold Why Eggs Benedict you ask? Well, because Benedict Arnold was a turn coat who betrayed the Colonist in the Revolutionary war and Eggs Benedict has his name in the title. Don Sweeney betrayed the Boston Bruins by giving former head coach Claude Julien permission(!) to speak with the HATED Montreal Canadiens in being their new head coach.

In other NHL news, the Ottawa Senators blanked the Devils last night 3-0, giving them a two point lead over Boston for second place in the Atlantic with still three games in hand (seriously, wtf schedulers). They take on the Toronto Maple Leafs tomorrow, in which a meteor strikes & both teams lose in regulation and get zero points.

I miss hockey. What’s on tap for the weekend?

If Vermette got 10 for his little love-tap on the linesman, Nyquist definitely deserved A LOT more than the 6 he got for trying to take Spurgeon’s eye out!

It’s not the severity of the hit – it’s who he tried to hit. Linesmen are a protected species. It’s 10 games minimum for actually trying to hit one. (20 if you’re trying to injure).

(It’s not so much a safety thing as it is a preservation of order & security thing. You’ve gotta preserve the authority of the 4 old guys over the 40 young armored, club-wielding athletes.)

I get that. I still think the Nyquist’s obvious intent to injure another player deserves more time that Vermette’s disrespect of authority.

I don’t know where to put this, so here will do:

I have literally had every single one of those foods within the last 20 hours.

I was with you for one of those, when I think you had almost all of them.

I also forgot that I dislike egg dishes. It’s the texture.

Bye Earth. It was nice knowing you.

I for one look forward to our new “Alternate Environment”
http://3.bp.blogspot.com/-KuSEB4f6mfs/UHoG4ZAD5kI/AAAAAAAAASE/luKAfaF6Nic/s1600/Wall-E+ambiente.png

Which will be populated by “alternative life”
http://i.imgur.com/8N8fW84.gif

I’m about to make eggs benedict, but grilled portobello mushroom instead of english muffin, avocado instead of bacon, a big fat slice of grilled tomato on top. Call it whatever you like!!!!

I think in a normal Eggs Benedict, CANADIAN bacon is used, so your point is moot.

My point stands. BACON is the BEST. Even Canadian fancy ham is vastly better than avocadNO.
#teammeatatarian

Nope. I can quite happily do without them, too.

I call it yummy.

I’m sitting at home waiting for a big-ass OLED TV to get delivered.

home waiting for a big-ass

I see a trend developing on B2B!

B2B: We like hockey, fighting about food, and gigantic asses!

Did you know that I invented Eggs Benedict Arnold? I didn’t notice they were mentioned because I rarely read the actual content of the MFA (sorry).

When you order it they Come to find out it’s a Full English instead.

What exactly is that?

Sounds like Cauliflower needs to carry around an epi-pen full of ativan!

When class ended yesterday, I got a call from my mom. She told me that my grandfather passed away yesterday morning. This wasn’t much of a surprise. He’d been in poor health for years and had been battling Alzheimer’s more recently. But still, it sucks. And he was my last grandparent.

Can hockey come back now, please? I need a distraction.

Sorry to hear. Bear hug for you. 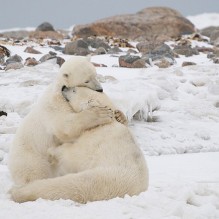 Ouch. Sorry to hear about that.

So sorry to hear that. Running out of grandparents is the worst.

I’m so sorry. That really sucks.

-Friday!
-Possibly buying a car this weekend. I fucking hate dealers, so this should be fun.
-Probably working again tomorrow. This Saturday working business is for the birds.
-Hockey is soclose, yet so far.
-I don’t really blame Sweeney. Habs or not, I feel it was the nicer thing to do to give freedom to a man you were firing.

I feel it was the nicer thing to do to give freedom to a man you were firing.

I gotta say… I never understood how a team could fire a guy and still have a say in what he did afterwards.

Coaches aren’t fired, they are ‘relieved of their duties’. Can’t terminate the contract unilaterally, and the team is still on the hook to pay them. Ergo, a team has to consent to a coach being hired elsewhere. This usually isn’t an issue because most owners would rather not have to keep paying a fired coach. However, typically one would see a team NOT allow a coach to go directly to a rival. but here we are.

It’s a neat trick.
Since you are contractually obligated to pay the remainder of his contract, you relieve him of his coaching responsibilities but still ’employ’ him.
Thus the noncompete/noninterference rules still apply.

CBAs and contracts are strange