Bruins are 1-0 on the Dreaded West Coast Roadtrip and 4-0 in the Cassidy Era.

Frank Vatrano has an excellent scoring opportunity within the first two but for Martin Jones.

Ryan Spooner, assisted by Jimmy Hayes and Adam McQuaid, scores the first goal of the game at 11:05.

Congrats to @Jimmy10Hayes on notching his 100th point tonight! pic.twitter.com/QuwvpnQgUo

Krejci had a beauty of chance but couldn’t bury the puck.

Brent Burns slapped one on goal and hit the post. 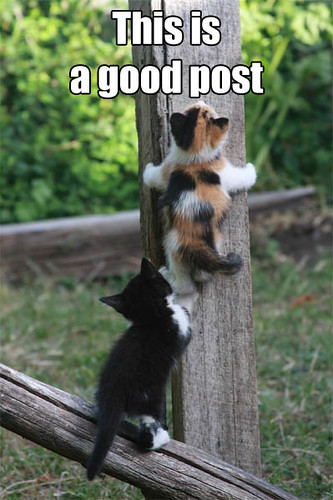 A scrum erupted with less than three minutes to go. A member of each team ended up in the penalty box: Brendan Dillon for the Sharks, Riley Nash for the Bruins. Shortly after this is sorted, Patrick Marleau sees a chance on the open net when McQuaid is caught out of position trying to push a Shark out of the crease. Tied game, 1-1.

Easy does it, Patty Marleau! We are tied at 1! #HDIAhttps://t.co/iFeyqD748Q pic.twitter.com/ocQiTZjo4W

Bruins had a lot of good offensive zone time for first 1:22. Then it was more back-and-forth for the next minute or so. Time for Brad to shine.

Brad Marchand scored the game winning goal when Patrice Bergeron won the faceoff, got the puck back to Torey Krug, who tossed the puck down the ice. Brad caught up with it, backhanded it softly five-hole on Jones.

Can we talk about this Torey Krug pass for a second? pic.twitter.com/1PXlBm1g33 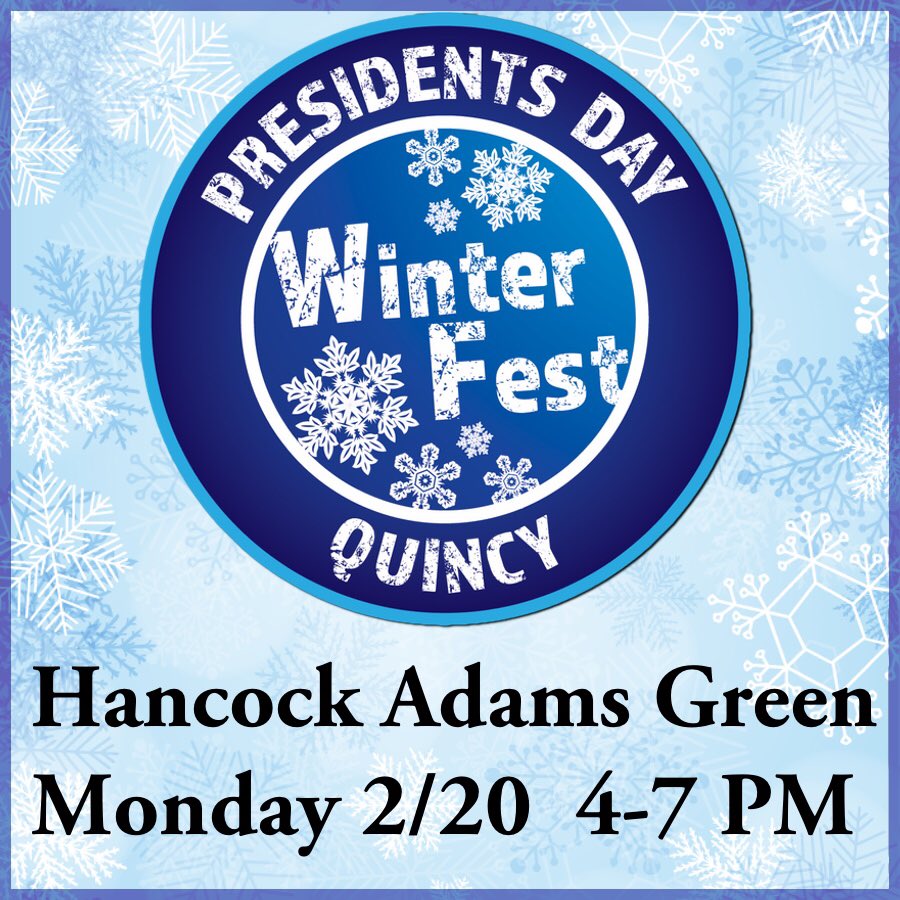 I haven’t been here since Wednesday. As I thought, I did have a concussion. Saturday was the first day I felt pretty much back to normal. Unfortunately, I woke up Sunday with a confirmed case of the crud.

I slept through much of the Bruins game last night, but I awoke for the OT, and I am glad I did.

I could watch B rad’s goal all day. Artistry!

Good Morning, pals!!!
Wow! What a weekend!!! Got a bit of work done Saturday morning, then on the river all day!!! I get a text about 10:30pm – are we doing it again tomorrow? That would be a yes! I was feeling pretty good yesterday and did all kinds of crazy shit in the river. One of the few things I don’t like about our river is the put in – a tough slog down a steep incline. Lots of snow made for a great seal launch. I even caught air before hitting the water. I’m still all pumped up from it and warm weather all week!!!!!
Oh yeah, the Bs! Yay!!!
Coffee and a little work (very little!).

Has anyone else noticed that Bruce Cassidy in profile looks like Freddie Mercury? I don’t remember if he had a mustache before but I keep pyutting one on him in my mind. I wish he would belt out “We Are the Champions”.

Based on their record, I’d say he’s having a good time, so I suggest we don’t stop him now.

Is it Freddie Cassidy or Brucie/ Butchie Cassidy?

A-ah, saviour of the universe!

Went to my cousin’s wedding in Philly over the weekend and had a really good time. Kinda wish i was sat with the hot bridesmaids instead of cousins…but ill survive.

That was a lovely game. Nice to see Spooner contribute again, seems like Cassidy’s system and lines has really helped Spooner & Hayes become a productive line…and no surprise to see Vitrano getting points in a more forward game.

Krug to Marshand game winner was beautiful. That pass, play call, and that freeze to open the space between the legs was lovely.

Both Goaltenders played great, it was nice to see the bruins be able to still push against a goalie that was trying very very hard to get in their heads. Also…Bruins handing 2 losses to a team that has been on a roll lately is good for the morale. I was curious how they were going to come out after a week off…that is a long time to just sit and not see action.

That’s how it works at weddings right?

I’m sorry to be that guy, but it’s been driving me nuts haha, it’s Vatrano, not Vitrano. But yes, that line looks better, still scares me defensively, but roll it oout 60% in the offensive zone and that’s handled.

It really was beautiful.

Agreed on handing losses. That’s gotta feel great & want to keep feeling that way. They’re just the 4th out of 20 teams to win their first game out of the bye week.

Kinda wish i was sat with the hot bridesmaids instead of cousins…but ill survive.

Did they bolt your chair down and strap you in so you couldn’t move?

Actually, I keep forgetting that we’re a bunch of people on the introvert spectrum.

At my friend’s wedding she sat our group at the table that was on the balcony away from everyone else.

Did you enjoy that?

I must admit, that seating arrangements can be difficult to plan, especially when you name your tables after Godzilla monsters and try to match personalities of people with each other and to the namesake monster. We seated a bunch of our gothy friends at the Kumonga table. 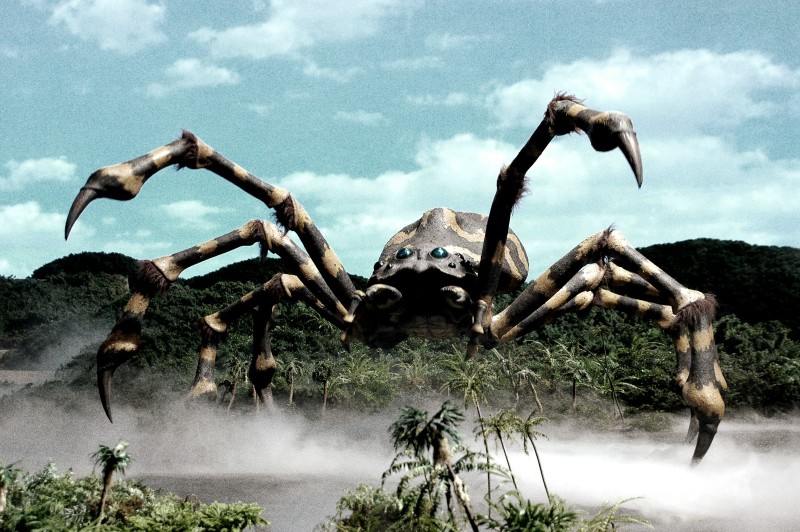 KILL IT WITH FIRE

Usually I would agree with you. But, it’s a Godzilla monster and not real.

And besides, you’re going to need a lot more than fire for that…thing.

We were at the back of the hall at one of my friend’s. We were also closest to the bar.

I postulate that we had the most fun.

We were closest to the bar as well. But it was a cash bar.

God, I hope we’re near the bar at the family wedding next month. I’m sure it will be a wonderful wedding but I will know no one other than the family and they're real talkers.

You aren’t from Appalachia by any chance, are you?

Oh ho ho! My family was a stone’s throw from WV. And PA. And VA.

Same, closest table to the bar…lol…it was an open bar till 3 am….

Yep. Not dead yet.

Open bar till 3am and not dead and not peeing blood? I expect more from you next time.

I am a man of much size which allows me to consume vast amounts with little effect.

Morning all. Enjoying a rare almost two days off. Have to go work for a few hours later today.
Winning is fun!

Also, let’s play another round of spin the DoPS wheel. How many (if any) games does Trouba sit?

It’s time for another round of
Wheel
Of
Punishment!

I will start the bidding at 3 games.

Bust a deal, face the wheel!

I was in-and-out last night. I do always enjoy a win, however. Too bad every other team in the division also won. It might have been nice to gain on Ottawa or pad the gap with Toronto or Tampa.

-Man, I just love one day weekends. Especially when most people had a 3-day one. /s
-I went to bed after the 2nd, but from what I saw, dare I say that the game was a fun one? The last end of the 2nd was a rapid back-and-forth that the Bruins actually (sort of) kept up with for once, it seemed (other than the goal, which honestly felt a bit fluky anyways)
-Also, while the final OT play clearly worked in our favor, I feel like they set themselves up for failure had we not won the face-off (i.e. Marchand would have been so far from that play)
-We bought a car this weekend! Or we think we did? There’s some confusion with scheduling the pick up. Hopefully tomorrow though.
-I just got an e-mail saying only that some equipment is down. No explanation of the issue. Guess I know what I’m doing first this morning. Wheeeee.

What kind of car did you buy?

It has more miles that I’d have liked for the price, but given my wife’s wishlist and Toyota’s racket trim options, it’ll do.

But really (rant incoming), every other car manufacturer basically has heated seats standard (hell, my compact had them standard in 2012!), but for Toyota, you have to go to the fucking top-ish level (“Limited”) for that.

Yeah, I get it because we went through the exact same thing when getting our 2015 model. I love heated seats but you can only get them with the top level, leather seats, which we didn’t want.

I will tell you this: it handles great in the snow. Oh, and it’s safe enough to survive a Mack truck letting off it’s clutch and slamming into the back of the car.

That is good to know (my car, in all likelihood, would be a pancake in that situation).

Truth me told, I wanted the Mazda CX-5, but I yielded because it’s primarily her car.

It’s funny,my friends went for the Mazda. I think we stuck with Toyota because the dealership is good (seriously, they replaced a part gratis after it had just surpassed the warranty) and our Prius has been a solid car for 8 years (this year we had two sizable-ish repairs, but the expensive aforementioned part cut the price down.)

it’s always good to build a report with a dealership too. They’ll hook you up big time

I trust a dealer about as much as I trust the Orange-in-Chief.

I don’t mean to be a jerk. It’s useful info.

I didn’t take it as such, I couldn’t remember the actual word for it

Also, while the final OT play clearly worked in our favor, I feel like they set themselves up for failure had we not won the face-off (i.e. Marchand would have been so far from that play)