It’s even MORE of the west coast road trip. 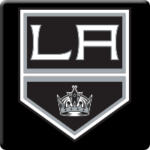 Tim Schaller will return, and Nash will get to nap. Dobby will start between the pipes, leaving Tuukka as the door-man. John-Michael Liles will be a game-time decision (probably spelling Chiller if he appears). Austin Czarnik & Joe Morrow were both sent to Providence today, sparking speculation of a trade.

The Kings have been hot & cold, losing more than they’ve won lately. They are at least 2 points out of a wild-card spot, (the Bruins are down by a tiebreaker themselves). A bright spot for them has been their penalty kill. The Bruins, on the other hand have had a strong power play.
Is this a big game? With the bottleneck for 3rd & 4th in the east, every game is a big game for the Bruins from now on.

TOUCHED BY HIS NOODLY APPENDAGE!!!

I don’t really even know how that puck came back into the zone.