The Stanley Cup champion Chicago Blackhawks are on NBC today!
ALL HAIL!
Oh yeah, the Boston Bruins will also be in attendance. 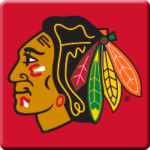 The Bruins face the Chicago Blackhawks today. You can find the game on your local NBC affiliate, because …Blackhawks.
Your long-awaited rematch between the Blackhawks and the Bruins after the 2013 Stanley Cup Finals!
Yes, you don’t get a rivalry match like this very often! (Well, except for the last seven times these two teams met.)

That means we get plenty of 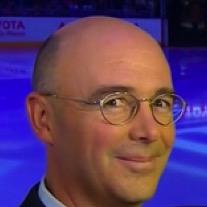 Wait… Hang on, Doc, I’m hearing that the Blackhawks are actually NOT the defending Stanley Cup champions – it’s Sidney Crosby and the Pittsburgh Penguins. It seems that the Bruins/Blackhawks cup matchup was actually 4 years ago.

It could be a tough macthup for the Bruins.
mathcup.
matchup.

See how hard it is!
Because the Hawks are currently the best team in their conference, and the Bruins are hanging on to their playoff berth by their fingertips. Probably not an ideal situation, but the Bruins v Blackhawks are usually close games, so there is a decent chance that the B’s get out of Chi-town with at least one point.

Saturday was a decent day for the Bruins’ playoff hopes. They got 2 points in regulation from the Fancy Cats, the Sens lost, and the Bolts got only a single point – losing in OT.

It’s a little disappointing for everything to be coming down to the wire like this, after the mid season surge, but the B’s playoff situation isn’t too bad. The Bruins are 1 point out of 2nd place in the division, and 4 points ahead of the challenger for the final wild-card spot in the conference. Both Toronto & Ottawa are 1 point ahead, with a game in hand. Tampa is 2 games out with a game in hand, and Tampa gets one more shot at the Bruins. The B’s have got a realistic chance at 3rd place in the division (2nd is a stretch), but it is also still possible they get bumped out entirely.

Who will actually play today?

With Dr.Timmy, Frankie V and Jimmy Hayes all banged up, Sean Kuraly was called up on emergency basis last night.
Dobby is reportedly in net today

Oh, I almost forgot, ummm something something, McAvoy.
GO BRUINS!

Well, beating the Blackhawks is certainly a wonderful development.

VICTORY!
Time for chillin’ with tunes!

Second in the division!

Yayyyy! Also…nbc get your shit together! No clock for the last min!!

GH was losing her shit over that game clock

Oh and an obligatory SHUT UP PIERRE.

His 10 min history of trent frederic was insufferable. How does NBC not realize that he is a ratings buzzkill. Any new viewer let alone a fan of the actual sport has to have no idea or caee about what the fuck pre-NHL history knowledge he wants to spew.

KILLER! As we all predicted…