One thing that has been different since the Bruins started this series has been the way the team has handled practices; quite frankly they didn’t have them the day after a game. That is until yesterday.

Bruce Cassidy was willing to give some players the day off and some wanted no part of that. Others needed a change in routine.

“Sometimes it’s good to go out get a sweat on,” said Interim Head Coach Bruce Cassidy. “A couple of guys we talked to about taking the day off; they didn’t want it. They played a lot of minutes, so just a couple of things we needed to work on.”

“I don’t think it was physically demanding,” said Cassidy. “We had a day off before [Monday’s] game and I didn’t like our start, so it’s just a little bit of a switch.”

He also gave an update of some of the injured blueliners with no word on Adam McQuaid.

“Colin Miller’s better, so we’ll have an update in the morning, but he’s ahead of Carlo, know that for sure. And Krug – we’ll list him as day to day, but he wasn’t on the ice today,” said Cassidy.

Hopefully, Chiller is back tonight.

My parents will be at tonight’s game, which I think is nice because they never get to go on dates anymore.

I will be studying (I mean finally reading the material for my test which is tomorrow) tonight, so I doubt I will watch much of the game.

Morning all (although barley)

Been very busy today & won’t be on for tonight’s game as company will be over. It was either tonight or Monday. Lets hope that the B’s pull this one out because I can’t watch and they want me to feel bad!

Cassidy confirmed the plan is for Colin Miller to return tonight. They'll make the decision at game time. Miller would skate with Liles.

I’m watching the ‘Bertrand and Zo” simulcast while deciding if I want to go into Boston today and I happen to see a McAvoy shirsey in the window of the Pro Shop. I…must…resist?

Hey All!
The Bs will win tonight! I’ll be in the pool – kayak polo!!!!!!
Monday on the river, the guy I’m paddling with says “Is that Cheesegrater ahead?” Rapids get names, I didn’t know this one had one and said so. “Remember Saturday, when you said stay left, I didn’t and my face got dragged over the rocks? That’s why it’s Cheesegrater.” Anyway, I looked for the rock that tells me where I am and it is a lot less prominent than Saturday when 4 feet of it was showing – barely two feet showing. The whole trip turned into one wild ride. I checked the gauge when I got home. It was normal when I left the house (850cfs) but about the time we put on, it rose to 1,400 cubic feet per second. Wild, wild ride!!!
Kill Karlsson!!!! And why the extra “s” there? One “s” is plenty for any Karlson.
Mmmmmm, cawfeeeee!!

I’m glad you didn’t scrape your face against the rocks.

You know, you should talk to Sister about graters.

you should talk to Sister about graters.

She grates her fingers when you tell her to only grate the apples.

Getting rid of finger prints!

That paddling sounds borderline insanity! Are there any adrenaline sports you want to try buy haven’t yet?

They definitely need to focus on limiting Karlsson’s impact on the game.

Why the extra ‘s’? Cos he’s Karl’s son! Or maybe it’s for Sneaky Swede. Who knows?

There are many adrenaline sports that I have no interest in. Extreme sports with heights one can die from, in particular. Not my thang. There are a few I’d like to get to some day. Kite boarding looks like fun.

Hey all, got a long day ahead of me so not sure if i have the luxury of being distracted on here but I really hope this is one of those days that flys by.

Things of note…im on my second round of antibiotics for this sinus infection…doctor said if this doesnt do it something is wrong and I am gonna have to get checked out to see if there isnt an underlying issue…yay spending money!

Allergies are the devil.

Bruins are either overachieving and wont last much longer or they are actually this good and its going to 7 as people get healthier….lets hope for the later!

Best wishes for your medical issues.

Thanks! i go through it like..twice a year so its kinda routine for me…never fun though.

Allergens are the worst part of spring.

Please come back Chiller. You aren’t the end all and be all, but we can’t go into game 4 with that same D from Monday.

Chiller is better than either Cross or Morrow (neither of which has been bad, but this is just simple fact). Obviously Krug or Carlo would be better, but look at the quotes above- We’re not seeing Krug any time soon and it sounds like Carlo isn’t likely until Friday at the earliest. Gotta take the improvements we can get.

And to be honest, if I was Cassidy I’d consider taking the Cooper tack and scratching a 4th line winger (so one of Beleskey/Schaller/Vatrano) and dressing a 7th defenseman so we can cut down the minutes of the replacement and sub-replacement guys, at least until Carlo comes back

Did we have 7 defensemen before today? lol

Well…. Gryz was up before monday’s game

We may have an additional one constructed of sawdust, superglue, and duct tape.

I think the Goat and the Upside Down Broom With a Face Drawn On It(TM) are in game shape.

I love that it’s an iStock photo.

There may be other photos, but the look of pure shock is what makes this one the go to.

Oooohhhh – check out the hockey flow! 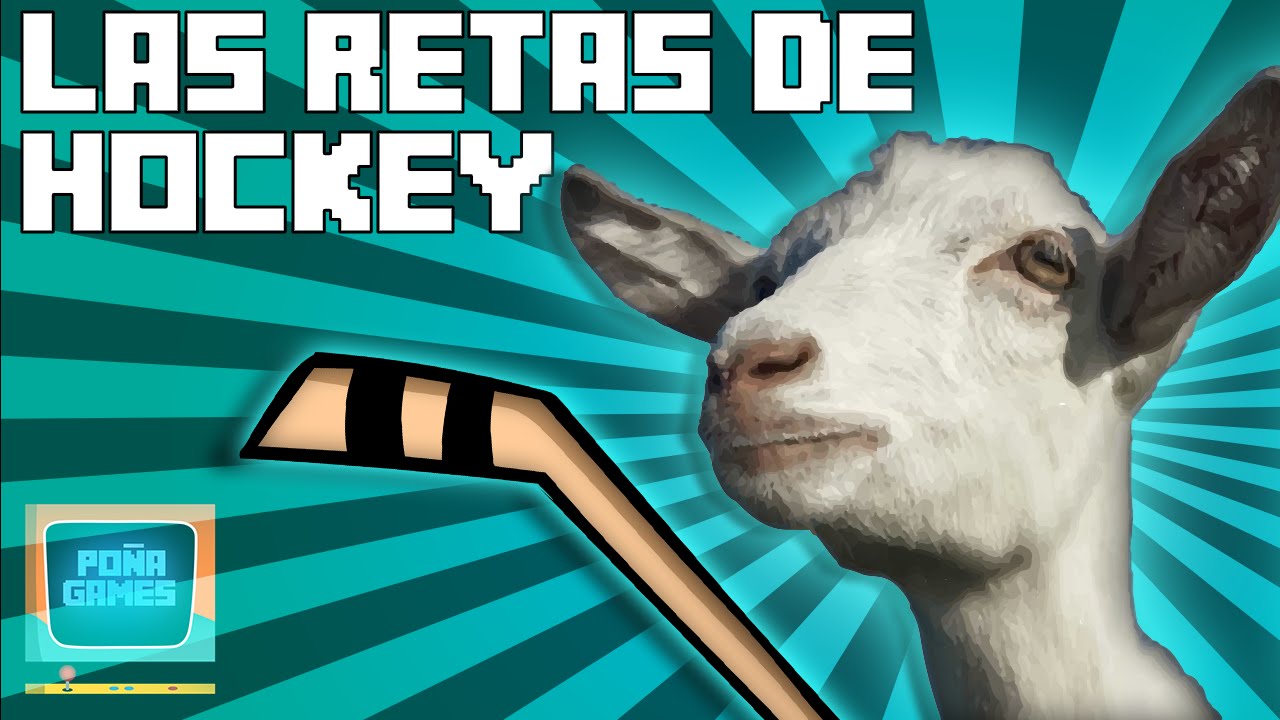 Did we have 7 defensemen before today? lol

Do we even have 7 D who are fit to play?

We do now. Chiller is back, so if you kept Cross (which they didnt) you would have 7. Carlo is game time decision i believe but not likely. Krug is still day to day and no work on Quaider.

That is a really good idea. Moore and Nash can hold down the 4th line with Marchand or maybe Stafford alternating shifts with them? I didnt see the game so I dont know what the bottom 6 looked like, but I assume a shooter would be good with those guys.

That really isn’t the 4th line anymore. Based on minutes, Cassidy is playing the Beleskey-Spooner-Vatrano line as the 4th. Moore-Nash-Acciari has been playing more and better, and when the team post lines have been listed before the Spooner line of late

I should probably talk about his play rather than just shout his name.

Poor IW, he has to hear this all the time.

Before Acciari, the last Bs player to score a playoff goal at the Garden was …

I didn’t even think about it this way. THIS IS WHY ACCIARI IS AWESOME!

Acciari has been one of my favorites since day one because his hitting is Boychuk-esque. Clean and ridiculous.

hahaha thats what i was waiting for next lol

I’m very insulted by this. I never once told you where he used to buy his stick tape when he was 5 years old.

Still my fav. all time article on Pierre:

Many times he privately said after a game how he outcoached the other guy. But it was something never really made public until May 3, when McGuire proclaimed that no coach in the NHL can outwit me.” That quote ran in The Hockey News and raised eyebrows all over the NHL…On the bench, players said McGuire would taunt the other team, saying he couldn’t believe the opposing coach was allowing him certain line matchups. This braggadocio led Pittsburgh’s Jaromir Jagr to mock McGuire in December. McGuire got Jagr for an illegal stick, and after Jagr jumped out of the penalty box, he scored on a breakaway. Although he had scored big goals in two Stanley Cup championships, Jagr called this overtime goal the biggest of his life because he humbled that know-it-all.”

Wow. I had no idea.This only makes me dislike him more.

The opening of the article was funny though:

With one brush of his newly recovered powers Thursday, general manager Paul Holmgren did more to unify the Whalers than anybody in recent team history.

I can’t help but think of him as a wizard who had to go through great tribulations to get his powers back from THE GREAT PIERRE, hid them while he built them back up, and then took him out with a quick but powerful strike.

Holmgren lived down the street from me! lol.

Wow, I learned a lot there!

Loved the but about Jagr’s breakaway goal!

I also want to point out this: THIS IS NOT PICK ON GH DAY!

What Dr. Hgh said. The 4th line has really been the second best line, they have been consistently (other than bergy line) the line to establish offensive zone time and pressure causing the change in momentum to score. Stafford has done a good job at making the top two lines a little more solidified.

I am really starting to wonder if you would try Taking Backes and converting him back to center and Trade Spooner next year and use JFK and Nash/Moore as the remaining two center spots.

That would be a fab idea. Chara can’t be playing 30mins plus on a regular basis. Much as I love him his age is starting to show now. He’s even older than me for Chrissake!

Author
the german hammer
Spoiler
He’s not older than me.
Recch0Bag skate

I’m a few months younger than Z and I can’t seem to get out of bed with pulling a muscle or something these days!

I think the travelling alone would be too physically demanding for me without the 82 hockey games. Quite amazing.

And as for Jagr… well. Maybe all the time-travelling keeps him fresh.

It’s not the time traveling – it’s the cloning. The younger the clone, the healthier the Jagr.
The problem is that the clones start degrading faster with each generation. Just look at this group picture: 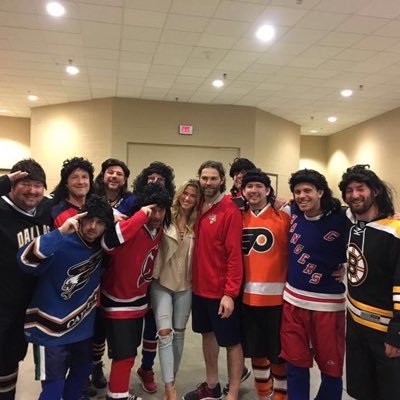 I have met some of them. They look a little wonky.

I think you keep Schaller in and bench either Beleskey or Vatrano. Not sure which, probably Vatrano.

Chiller would make a Yuge difference!!!! Dude is just coming into his own.