After Game 7 spilled into double overtime, the Penguins finally pulled out the win to advance to the Stanley Cup Final. NBC must be breathing a sigh of relief that at least one reliable hockey market will grant them ratings for this series. Don’t get me wrong, while I believe that they’ve become a hockey town, Nashville is still not the broadcast market that Pittsburgh is. It could be worse: we could be hearing about Ottawa’s inability to sell out each weeknight game while they played boring-ass hockey.

I don’t feel so bad about this.

The problem is, we have to listen to Pierre talk to and about the Penguins for the next two weeks.

Could be worse – it could be the Blackhawks.

Speaking of which, they haven’t been in the playoffs since being swept in four games by the Penguins Final opponent, the Nashville Predators. This is the Toothy Cats first go around in the championship round and some of us are excited about it for various reasons. I’ve had the ability to watch the Perds through each round and they play some fun, exciting hockey. That defense! The third period scoring! That goaltending! So much excite.

The first game will be in Pittsburgh on Monday night. Here’s the schedule: 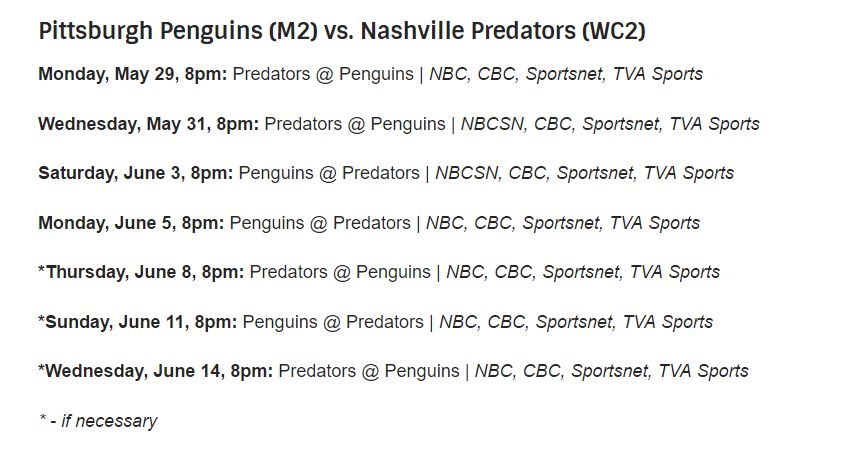 As stated before, we’ll have game threads so we can watch together, enjoy each other’s company, for the last series of the 2016-2017 season.

Boss messages: do you have time to take my car to emissions.

Oh yes, I’ll only be working til dark as it is, wtf?

I love spending 2 hours playing “why doesn’t my ink tank fill”. There’s ink all the way through to the tank, so why isn’t it filling it. Oh, because the flow is so weak it can’t make it fully. Where’s the bockage. Start from the end & work your way back. Oh boy, it’s the pump itself! blah

I am genuinely excited for the Toothy Cats. It’s been good hockey.

I will be watching Game 3 with a bunch of Preds fans, but I’ll be in South Carolina.

Good news: Three day weekend and I booked my flight to Boston!
Bad news: I have a shit load is Spanish homework due Sunday, including a test.

I’ll still have a good weekend though! Tonight my band has a show, and I plan on buying every pretty girl a drink. Sunday I have a hockey game, and those are always fun.

I have a shit load is Spanish homework due Sunday, including a test.

Rain, go away please. Thank you, signed, me.

All the boaters are still doing fain dances!

Fain dances. And a few rain dances, as well

So fucking happy the Sens are out. Yet so fucking angry the Pens are in the Final again. Jackwads. Why couldn’t we have beaten the Sens, or the Rangers, or the Capitals beat the Pens? UGH Preds you better win this thing. 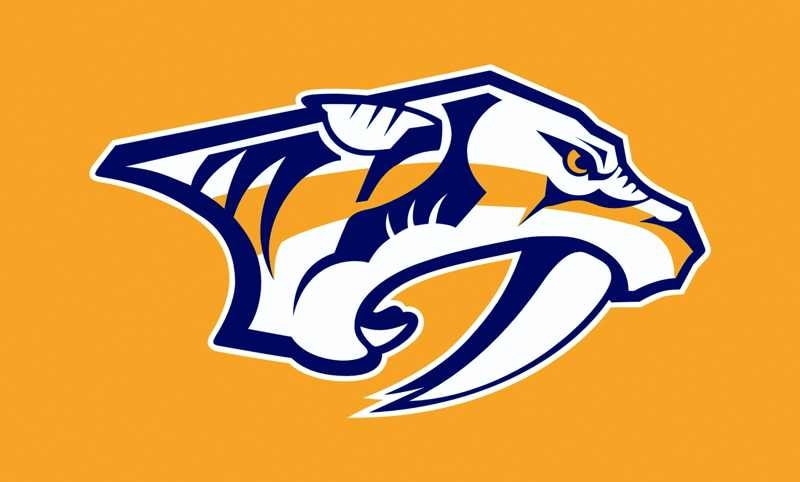 Hey Pals! Such excite, yes!
Been working my ass off all week! Tough to sit down now.
Go Preds, Go!!!
Three day weekend!!!! We will be rafting and kayaking tomorrow!!! Boating all weekend!!!
Tranquilizer needed, so much excite!!!!!

How much excite?
Such excite!