The humongous, big Adidas jersey reveal happened yesterday. People are oohing and ahhing over the new Vegas Golden Knights jersey. I found one part of it particularly enticing.

None of our players have numbers yet. But when they do, this will be what their numbers look like. #VGKFirstJersey pic.twitter.com/mU1l5jBSlr

It looks like there’s something embossed in the gold. I hope that’s the actual design, not just a manipulation of the picture. As for the rest of the uniform

Anyway, around these parts, we care a little bit more about a team that also wears gold, and black, and sometimes white – the Boston Bruins. They also had a new jersey and uniform reveal. It’s largely the same. I’ll allow Pete Blackburn to detail the differences that we hadn’t already covered.

The Bruins go from yellow to black socks, but not too many other changes (font is cleaner) pic.twitter.com/7UhQ5WtJEU

The socks are different in that are similar to the ones worn with the “Men In Black” thirds. 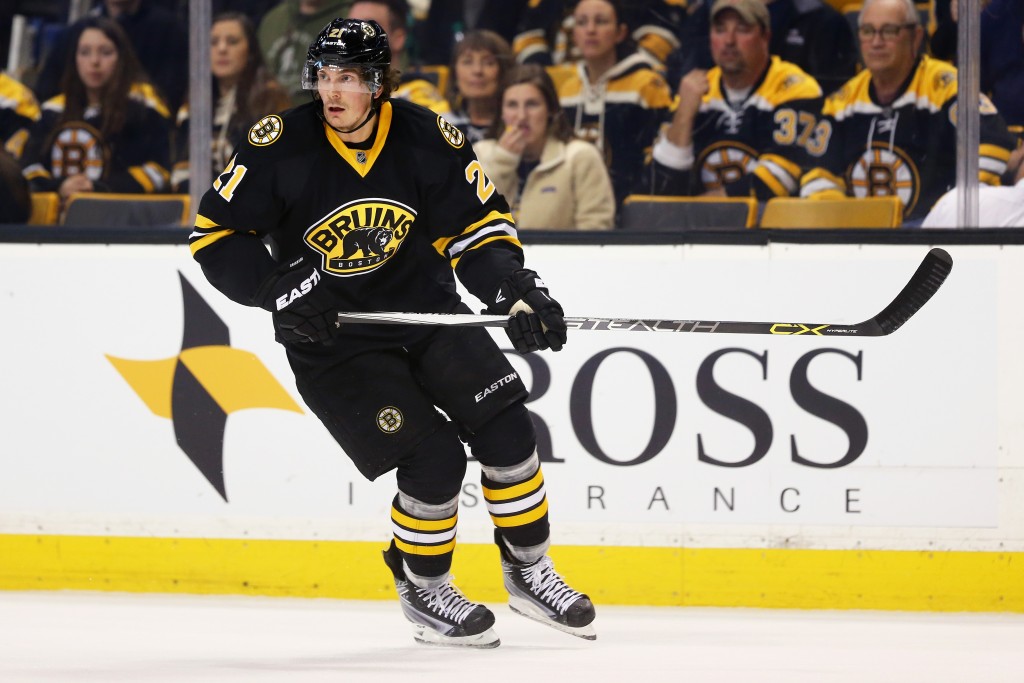 I’ll only truly get excited when I can have spikes and chains on them or maybe something like this, from an actual conversation in our home last night:

This is why I will never design a jersey.

And team colors are black and gold. Not black and some gold.

The Sports Hub is saying that Chiller could be taken by Vegas and then flipped to Toronto.

Yeah, it’s shitty but I feel that strongly about Chiller to really think it’s that bad. It could be that he’ll blow up and be a big star in Toronto, and in that case I would have to say it’s because it was the coaching that did it.

If it’s true, I will miss that Chiller looked like Walter. Oh my god. That is the problem! You figured it out!

Oops. The above should have said “I don’t feel that strongly about Colin Miller.” Sorry for the confusion. This is what happens when you modify your statement and neglect to check it out before pushing send.

That’s funny because I read it like four times trying to figure out whether you cared or didn’t! Hahaa

Reaching into our team’s roster and handing one of our guys to a rival team? That is a level of asshattery I hope they don’t go to.
But yeah, flipping poached players is a smart move by Vegas. I don’t see a downside from their point of view.

What’s Sports Hub’s track record on knowing their assholes from their elbows? Please enlighten someone who avoids sports talk radio (all talk radio, actually) like the plague.

Hey, no need to be testy. It was just what was in the sports flash headlines. It probably was from Haggs. I only hear it in the morning to wake up. I’ve given up on radio in general.

I wasn’t being testy. I honestly don’t know what their track record is, but my general impression from others’ comments on here is that most sports talk radio guys are clueless and/or full of shit.

I just realised that I will miss the awards show and draft tonight because I have plans to go to watch pro players play tonight. I’ll have to stay off Twitter because I want to be surprised.

I heard the NHL got Russell Peters to host tonight. Why? He’s just not the right choice…for virtually anything and he’s not funny. Why do they not get that it should be Cuba Gooding, Jr. Or Retta. Retta would be great as well.

Morning all. Well done on the jersey, Vegas. As for the others, at least they didn’t fuck up the Bruins one. On the fence about the black socks. While I love black, too much on the ice and they start to look like that goopy monster from Star Trek that killed Tasha Yar.
http://images1.wikia.nocookie.net/memoryalpha/en/images/thumb/5/58/Armus.jpg/292px-Armus.jpg
As for some of the others, Adidas: 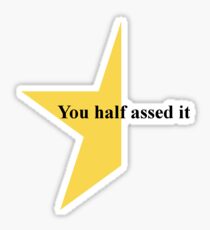 While I love black, too much on the ice and they start to look like that goopy monster from Star Trek that killed Tasha Yar.

Well, you just killed me.

Hahaha! It was all I could think about when I was watching Team North America during the WCH.

There is a crazy rumor out there that Hossa is allergic to his hockey gear because of a skin condition. Well, sadly, it is true.

Yeah, I imagine if you have a bad skin condition then sweaty hockey gear is not a good thing for you.

I read Phil Esposito’s autobiography. He mentioned many players getting skin condition flare ups while he was in the NHL. He said that for many, it was nothing serious, just a pain in the butt. I can see how some people’s condition can be worse.

Yup, a perfect cesspool of gross.

Looks like the Hawks are gonna be out of cap jail with LTIR for it too. I don’t like anything about this. Sucks for Hossa first & foremost, but gah the Hawks

Hey Pals!,
Had a single last night, not a double like I thought. It was a league championship, however, and that means wine, err rather whine. Throw in a partner who doesn’t even get offsides right and, yeah, like that. At least I got a good skate in (covering both blue lines and my goal line).
New jerseys – meh. As long as they don’t screw it up royally, who cares?
Heading north in a few. A lil work and then a paddle!!!!
Cawffeeeeee!!!!l

So question is…in what round do the Knights draft Satan’s Sister?

THEY ARE GOING TO MAKE YOU A KNIGHT!

You know, they really missed an opportunity there. They should be called the Fucking Knights because, duh, Vegas. Also I like VFK better than VGK.

I mean, prostitution is legal there. Fucking Knights is totally appropriate in Vegas.

And they have a knight themed hotel on the Strip.

Excalibur. That’s the fucking name of it. 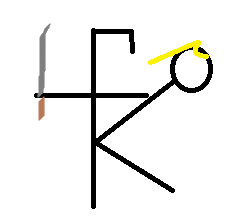 I FORGOT ABOUT THIS! But the Fucking Knights logo would almost certainly get banned from TV by the FCC.

MAKE HER A FUCKING KNIGHT