Morning Free Association: Is There a Doctor in the House?

There’s been another signing!

No, it’s still not Pastrnak, though it’s only a matter of time, right?

This time, we signed a noted Doctor.

No, never that one.

Oh, I love him! However, were still off.

Tim Schaller, a self-described “well known Scientist” and New Hampshire native, has been signed for the 2017-2018 season.

There are few details on the contract other than the money and term. The Bruins haven’t said if it’s a one-way or two-way, though it’s probably a one-way deal. Turns out that last season Schaller scored the most points of his career last season with 14 (7G, 7A).  Did you know that he also holds the attendance record for the TD Garden? He did that last season as well. 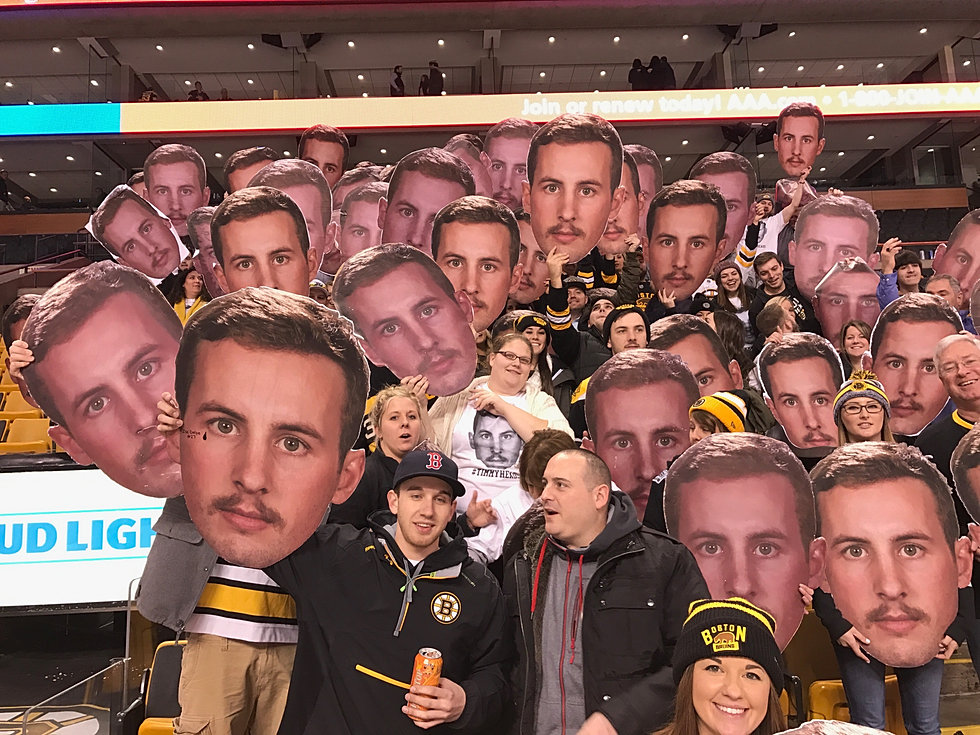 Awww. Amalie Benjamin had a kid!

A little news: @DanBarbarisi & I welcomed the best of all free agent acquisitions last week. I'm off on maternity, but I'll see you in Oct! pic.twitter.com/LR9qwPrpX6

I keep trying to say hello but this morning has been super busy.

I don’t understand this Schaller stuff, but I’m happy they re-signed him.

Also, I’m tired of everyone having excessive vacation time. UGH!!!!

Eleven more work days, and then I am unemployed and moving to the big city of Raleigh

No love or mention for the War Doctor? That makes me sad.

I enjoyed getting these doctors together but I needed to have a limit. Also, I wasn’t a big fan of that arc. I’ve really cultivated a distinct hatred for the show running of Moffatt over time. Our divorce was spectacular and necessary.

Oh well. I loved him.

I think I checked out of the series not long after that. Although, with the Capaldi and Moffatt exits, we’ll see if I check back in.

considering Eccleston is still my fav. of the new generation….hes the most snubbed of all.

Loved Eccleston as well. I like my Doctors with a bit of crankiness to them.

Jesus Christ. I give you guys a thread with The Doctor gifs and you guys get all complainy. There simply is no pleasing some people.

Why don’t you all do this yourself then.

we appreciate you and your efforts.

considering Eccleston is still my fav. of the new generation….hes the most snubbed of all.

Wasn’t there rumors that he and the BBC didn’t really see eye to eye?

not rumors, he camee out and said he would not continue working in Dr. Who as long as certain people remained employed in the company.

Has anyone stopped to think what a weird name McDavid is?

It’s like someone took their name from the back of one of those stupid St Patrick’s day gimmick t-shirts.
“From now on, we are no longer the Smiths, we’re the O’Krejcis”

Yeah, it seems that random. Kind of like O’Shansky.

Willie O’Ree. At least has a nice ring to it.

It’s not that weird. In Irish & Scottish names, Mc/Mac just means “son of”. So, when they were handing out last names, one of his ancestors was the son of someone named David, which is a relatively common name in that region.

I think it is weird

Hey Pals!
Love the Schaller signing. What’s not to like?
Mowing this morn – a good excuse to start drinking early (funny, I never needed an excuse before).
Played some disc golf last night. It was good!
Covifefe!!!!!