David Pastrnak still hasn’t signed a contract. I feel like every off-season there’s some kind of campaign that we as fans have to take on. In 2015, it was #SignDougie, one that was quickly dropped when Dougie Hamilton was dealt to the Flames for draft picks. Last summer it was #Extend Brad, or some version of that, which happened on the heels of his play for Team Canada. This year, obviously it’s #SignPasta, with a side of #SignJagr.

CSNNE’s Joe Haggerty, behind a super-clickbaity headline, suggests that David Pastrnak and his agent are waiting for the Leon Draisaitl deal to be completed in Edmonton. It could make sense since Draisaitl is a fellow 2014 first round pick and restricted free agent who is coming off a great season.

It could very well be that the talented, well-regarded Draisaitl tops $7 million in AAV with the Oilers when it’s all said and done, and that forces Sweeney and the B’s into inflating the final salary numbers for Pastrnak before it’s a done deal. Clearly the Bruins are going to do whatever it takes to lock down a player in Pastrnak that they see as a big building block for the franchise’s future, and that means paying more than they’d like to if it comes to that.

Do what you want with this, it’s Haggs.

Ty Anderson of WEEI suggests that young David is looking for a deal similar to Sean Monahan and Filip Forsberg:

The eventual Pastrnak extension will also dictate what other moves the Bruins can make this summer (Sweeney says that the club remains in on some veteran free agents), as No. 88’s expected to eat up around half of their $12.9 million in cap space.

I’ve heard from various sources that the term is key for Pasta; he wants to sign for less term, likely so that he can hit free agency sooner. So, it looks like the Forsberg deal is closer to what is reasonable.

What do you think? Six or eight years? How much per? You get to play GM.

Or just replies with images

Or just a particular image? 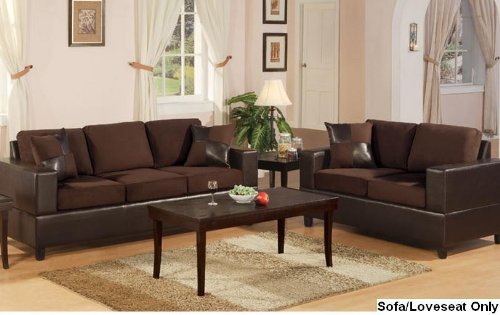 OK, I give up. I guess it just didn’t want me replying to Sis’s Dr. Recchi – Pens comments.


Spoiler
Incidentally, the pic above shows a head couch on the left & an assistant couch on the right.
Recch1Bag skate

I have no idea why some comments cannot be commented upon. That happened a few weeks ago when I was trying to reply to you.

Is it because they have blue hair themselves & blue and purple are color-neighbors?

No because it’s cheerful.

Have I been traded back from the Leafs yet?

Dr. Recchi is now an assistant couch for the Penguins.

The Pens have named Mark Recchi an assistant coach. Recchi replaces Tocchet, who was named the coach of the Coyotes. https://t.co/pVoUXSYIxj pic.twitter.com/CCXv8YHljt

Dr. Recchi is now an assistant couch for the Penguins.

Is a couch the step below coach?

They’re replacing the benches with sofas next year.


Spoiler
How the hell do I get myself out the door in the mornings?
Recch1Bag skate

No doubt this will make things more comfortable next season. However, getting the players out on the ice will become an issue.

Hmmmm
Eh, we all have this issue. And it provides for some fun riffing.
Recch1Bag skate

The Penguins ——> fuck those guys

I should really take up cross-stitch because this has become a motto at our home.

Plus, Tocchet is a douche and belongs with the guins.

I did not bring my attention span to work with me today.

I’m all for shorter deals and as a GM I would never lock up someone for max term. Yeah, some people might look at that as being dumb but how many contracts turn out to be bad deals for teams because a player cannot play or ends up sucking. I was looking at Shea Weber’s contract details last night. While I wouldn’t say he’s bad, that cap hit is going to linger for another 8 seasons and it’s a hefty one.

I still think that for Pasta it’s a matter of term and he wants a shorter deal. So, Donny, just give it to him already. 6 M and change for 6 years sounds fine.

If pasta came out of the gate and was a Stamkos type player scoring 30+ goals every year then id offer him whatever max contract you can….but he isnt that type of player. He is a good complementary player that has a good skill set. I would just be like…look…do you think you deserve more then Bergy or Marchand? Think about it and get back to me.

Currently, Rask and Krejci make more than Marchand and Bergeron. You get paid what you negotiate.

Ah but Rask and DK are both Chia deals while i dont believe the Bergy one is, and the Marshy one def isnt. Fact remains….id still ask him if he feels like he deserves more then what those two bring to the table and see what kind of answer he has.

huh i thought he signed a recent extension. odd.

If I were Pasta, I would take a short deal. Bergeron and Marchand left SO much money on the table by signing too early and too long.

Just a thought – if you were a player, would you take less than you knew you were worth if you thought it gave your team a better chance to build a Cup-winning roster?

I mean, if you’re going to earn $40million+ over the next few years it’s not like you’re ever going to want for anything in later life. How much more can you do with $100mil that you can’t with $40mil?

I’d rather have $40mil and two Cups than $150mil and no Cup. Just wonder whether they think like that.

This all sort of reminded me of when Red Sox pitcher Bronson Arroyo signed a “hometown discount” deal with the Red Sox. He was traded not long after signing the contract. Probably should have listened to his agent before signing that one.

That was a very shitty circumstance in my opinion. It was a good buisness move for the org for that instance, but you are also making players more hesitant in the future to take “home town discounts” if you are just going to flip them as good value to someone else.

As a fan i hated that sign and flip deal with him.

Especially when you consider Arroyo is still pitching and who knows where Wily Mo Pena is.

Granted he went to the Reds….and pitching in National league was always a stat bump for anyone coming from our div.

A hockey career is too short. Take the money and run, err, skate.

I wonder if there are players who want to play hockey and make money without caring about winning the cup.

I think Bergy and Marchy definitely signed for less so they could win a cup. It’s because they’ve won it before. I’m not sure Pasta would be that way.

I’d like to think I would be more interested in winning than money, BUT no one is dangling that kind of dough in front of me so….
I might be like Daffy Duck when he kicks the Tasmanian Devil’s ass over a dollar. Or
Bugs, even

Morning all. I want the B’s to sign Pasta but also don’t want them to handicap themselves in the future. This is why I am not a GM. My team would most likely stink and be in cap hell for years because I’d probably just sign players with cool names for way too much money.

I’m headed to Senor Bravo Mexican Restaurant Thursday at 6:15. You all are welcome to come as well as your significant others.