Let’s take another break from the Pasta business today.

Goalie Dan Vladar ended up spending unexpected time in Providence last season after injuries to Bruins goaltenders Tuukka Rask and Anton Khudobin. Zane McItyre had to be called up which required a call up for the Czech goalie. He’s ready to play wherever he is needed and understands that he might not see much if any time in Providence due to the recent signings of former RFAs McIntyre and Malcolm Subban. Vladar was able to spend some time with Subban, which helped him out.

In addition to the experience he was able to gather on the ice, Vladar also had the opportunity to pick up some advice from fellow goaltenders Malcolm Subban and McIntyre – both were just signed to two-year, two-way contracts and are projected to be Providence’s goalie tandem next season – during his time with the P-Bruins.

“I lived with Subby for the last month of the season when we were in the playoffs,” said Vladar. “He’s a great guy and an even better goalie.”

Living with Subban allowed Vladar to develop chemistry with his teammate and gain a better understanding of what it takes to be a goaltender at the next level. He also enjoyed getting to know McIntyre, who made his NHL debut this past season.

“Zano Insano was one of the best goalies ever in the NCAA, so he’s a great goalie, too. He works hard every day and that’s why he got a chance to play in the NHL,” said Vladar.

It seems that Don Sweeney values the young Czech but wants to take time to develop him and his game. For now, it seems his role will largely develop with the Atlanta Gladiators in the ECHL.

“I think he is ready for [the AHL] full-time, but we just want to get Daniel in the net as much as possible this upcoming season,” Sweeney said. “We’ll be very cognizant of him. It likely will be back in the East Coast [Hockey League].”

Vladar will likely get time in Providence because injuries happen. He’ll be ready for it.

(And yes, I know that his name does not rhyme with radar. Elite Prospects has the scoop on how to pronounce his name. Happy Friday.)

Not much to say really other than i dont want to be at work and screw this place (work, not B2B).

My last day at Goodwill Industries of NW NC!

Morning all. Office to myself today!

I don’t understand why businesses wont let employees work in their pajamas if they want the best productivity out of their people. i mean…..what do you have to lose?

It makes all the sense in the world to have a pajama-tolerant workplace. The more comfortable you are, the more productive you are.
I went to see a musical at the the community theater in my town a couple of weekends ago. I seriously considered going in my pajamas because it’s pretty much next door to me and it wasn’t going to end until 10:30 or so.

I saw John Cleese on stage at the local theater and a good portion of the people that showed up looked like they just got out of their couch and showed up in pjs.

It was then that i realized i had become a theater snob and was not ok with people dressing down for theater. While i think the world should take itself a little less seriously….lets keep some of our old fashion dignity and glamour where possible.

I, for one, am happier to not have a PJ-friendly workplace.
Although I do hate the fact that I just dripped my morning coffee onto my work-tuxedo. 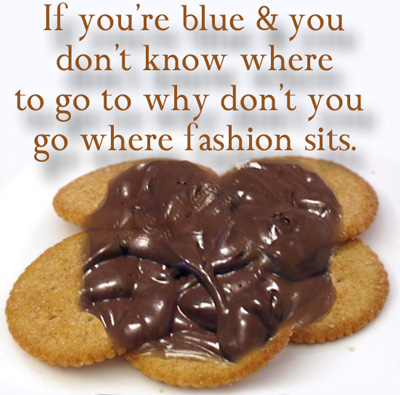 I used to wear pajamas whenever I wasn’t working. It was the 90’s and I was big into men’s pajamas. At one point, IW said that I had two sets of clothing- pajamas and club wear. It was only a slight exaggeration.

God I’d love to wear pj’s at work, but we have to wear denim for safety reasons