Ok, hockey player portrait artists, can we talk for a minute?

I went scanning through the usual hockey internet sites, looking for ideas on what to write about this morning, when I came upon a photo of an NHL prospect. It was the same, exact style of hockey portrait as every prospect seems to have. The player was standing at a distance from the ‘viewer’, pointing his stick forward at eye-level, while he looks at the camera with a sort of tough-guy semi-scowl on his face.

Alright photographers, why do you all seem to think that this pose looks good?

I mean, seriously… if the photo is done well, the picture is in sharp focus on the player’s face, and the stick blade is blurry.
When viewing this photo, I see this as a guy trying to shove his stick blade in my face. It’s obnoxious and faux-aggressive. (Spoiler: If someone actually did this to me in real life, I’d instinctively yank the stick out of his hands and punch him in the face. I feel that I am not alone in this…) And it seems to be a particularly popular shot to share for tiny little centermen who typically avoid contact like the plague. Come on guys, if the player isn’t Sean Avery, then the pose is out of place.

There are plenty of poses that one can use for a photo that look better than this.
There’s the faceoff shot:
Embed from Getty Images
(Dude… wear your shoulder pads next time…) 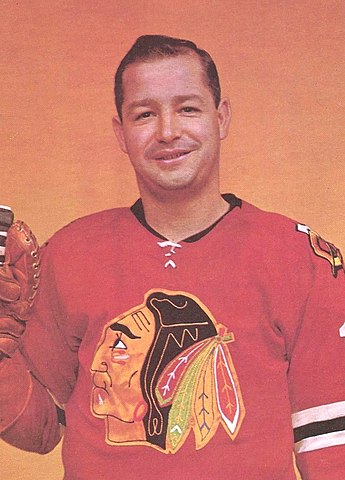 The “shot out of a cannon” shot Let’s get just a little bit more creative. can’t we?

I think that camera angle is someone’s (probably someone who’s never played hockey) idea of what a goalie’s-eye view of a slapshot would be. They foolishly thought “Hey, this would make a great ‘action pose’!” They were wrong.

It’s 130 and I am dronk! That’s just past drunk for the uninitiated (me thinks most B2Bers have been initiated, some may have renewed their vows this past weekend). I will try really hard not to transfer my anger to poor, innocent hockey players tonight. And only a couple more bowls of loudmouth soup before my games.

Killing time during a conference call. How’s it hanging?

I really want Jagr on this team!! The Crazy Pasta Jag line, please.

Morning all. Didn’t have to come into the office until 10:00 today. Was really bored at home so I cleaned the stove top.

I deleted my fb account last week. My squirrel still has an account – Schwartz Scuridae. Schwartz usually knows where I am (AND where I keep my nuts) and is a good Bruin fan (although usually likes to keep bears at (nuclear) arms length.)

I have largely stopped using FB. I am totally creeped out by how aggressively they rummage through what my browser is doing or has done in other tabs.
I opened up a tab to a replacement window showroom, and suddenly, I get ads for replacement windows on FB. (and Getty Images ?!?!).

I’ve decided that in the future I will only look at Fb in a completely different browser.

the app is a massive drainer on phone batteries / data too. It’s crazy more efficient to just use the mobile site & create a shortcut

Sign Pasta, Pals!
Don’t forget the surfing shot – gliding across the ice on one knee, stick raised for goal celly.
Not feeling like working today. Got an email saying my check MIGHT (is going to) bounce. It’s a month’s pay. This guy is ridiculous.
.( opens bottle ).
Fuck coffee, I’ll be drinkin’ like I missed a party.
Double double tonight (double header with double vision!)

Got an email saying my check MIGHT (is going to) bounce. It’s a month’s pay. This guy is ridiculous

How does this happen?

It’s planned. He wanted to pay for his new pool liner instead of me. This guy gives LAWYERS a bad name!

That is some fucking bullshit right there.

it’s such a terrible shot, and the normal awkward “I’m getting high school photos done” face on most of these kids just doesn’t make sense anyway. The anxiety level of kids waiting to be drafted, then rushed around for pictures / interviews / congratulations / apparel is already sky high, why make it more uncomfortable?

Morning everyone. It’s a listen to video game soundtracks kind of morning, just for some cheap motivation. The good thing about having a party is that the leftover burgers I get to have a variety of styles of burgers. Night before did a blue cheese bacon double, last night did 2 cheese w/ an egg. Aww yeah. The bad thing about having a party is even still the thought about cracking a beer or making a drink makes me feel ill hahaha

it’s such a terrible shot, and the normal awkward “I’m getting high school photos done” face on most of these kids just doesn’t make sense anyway.