Did you miss me? Probably not. I’ve been MIA lately due to some technical difficulties. And they’re kind of on-going, so this is fun.

I was planning something for my triumphant comeback this week, you know, for the whole 10 comments that will happen because it’s Friday and people take the day off.

Warning: The following has football related content. I realise that this is not the normal subject matter of this blog, but there is a point I’m making and I need to use this. Apologies to those who are offended.

Anyway, the word for today is NARRATIVE as in “Michael Felger pisses off hard-working beat reporters when he chooses to pick and choose shitty NARRATIVEs from his comfortably lazy, cushy radio gig.” Seriously, does anyone else have craptastic takes like he does? His partner-in-crime, Tony Massarotti, has even worse ones (if that’s even possible) but he doesn’t get to sit in the “A-hole chair” all that often.

This week Felger decided to take on the Boston Herald’s Jeff Howe, a beat guy who is down at Gillette covering the Patriots every single day, regarding calling him a “bitchy beat writer” after Felger chose to believe Greg Bedard’s take on Malcolm Butler’s body language (a very subjective thing) at training camp over Howe’s actual reporting. Yes, Greg Bedard, who has a regular seat on Felger & Mazz on Tuesdays, has covered the NFL for over 20 years, including a stint at the Globe some years back, but, he hasn’t done day-in/ day-out reporting in years. Howe has been there for the entire three years of Butler’s Patriots career.

The video of this showdown is worth watching. Howe wins it making Felger looks like the ass he is.

He has every right to be confrontational with Felger about this because adopting certain narratives is not only bad for sports journalists, it’s bad for the team fanbases.

Hours earlier, DJ Bean shared an article that he wrote on Felger’s red HOT TAEK on Tuukka Rask. Be assured, while Michael Felger was a radio guy who talked about hockey more than most, he has been the super-spreader of the “Trade Tuukka” virus, otherwise known as Tuukka Sucks. Bean’s article encompasses more than Felger, referencing his days as a beat writer for the Bruins and giving some small insight into Rask. It’s called Rask argument is the stupidist in Boston sports.

Be assured, Bean makes the case that Felger has spread this dumb take far and wide on both the radio and on local TV at CSNNE without using things like stats for proof.

Mike Felger, whom I don’t hate, started a narrative surrounding the Bruins goalie in recent years that has given him hours and hours of radio content and, to be fair, made me a couple TV dollars here at CSNNE in my part-time days because we wanted to yell at each other about it.

The narrative is built on two ideas. One is that Rask is good, not great. The other is that Bruins beat writers, a group that included myself for six years, want you to think that Rask is “elite” because they like the guy personally.

What’s actually true: Rask is one of the better goalies in the league and he’s dropped off in the last two seasons. The beat writers (and numerous others) are simply pointing out when far-fetched things are being said.

Over the course of this silly two-year argument I’ve pointed out such things as Rask having the best career save percentage in NHL history and his contract not being a drastic overpay, even though it is an overpay. I’ve pointed these things out because if you’re going to present an argument as to how good a player is, you should probably include things like basic statistics.

In his argument with Howe, Felger suggested that Howe had an agenda and a service to the team. Bean addresses that as well:

I say this to help illustrate that Felger’s repeated suggestion that players just bat their eyes at the writers to make them say good things doesn’t hold water. Not to be that guy, but Felger hasn’t covered the team since 1999, so any talk of how players and/or coaches get along with media members is a complete guess on his part.

It’s not like journalists are in bed with teams, unless they’re directly employed by them or enjoy an insider status like Bob McKenzie. Beat writers basically serve the public in a capacity, to share news and thoughts on the teams they cover. It’s not their job to spread takes that alienate fans.

I feel when it comes to Felger, we should all follow former Bruin Shawn Thornton’s lead on this.

Both lawful neutral and chaotic neutral.

Exactly the same. We have a sticky rather than a bag clip, so it’s lawful neutral until it loses its stickiness, then chaotic neutral!

Something I’d do while skiing!!!

Oh, I thought you meant it for…something else.

Where would using a binder clip stolen from the office (in lieu of a “proper” bag clip) fall? 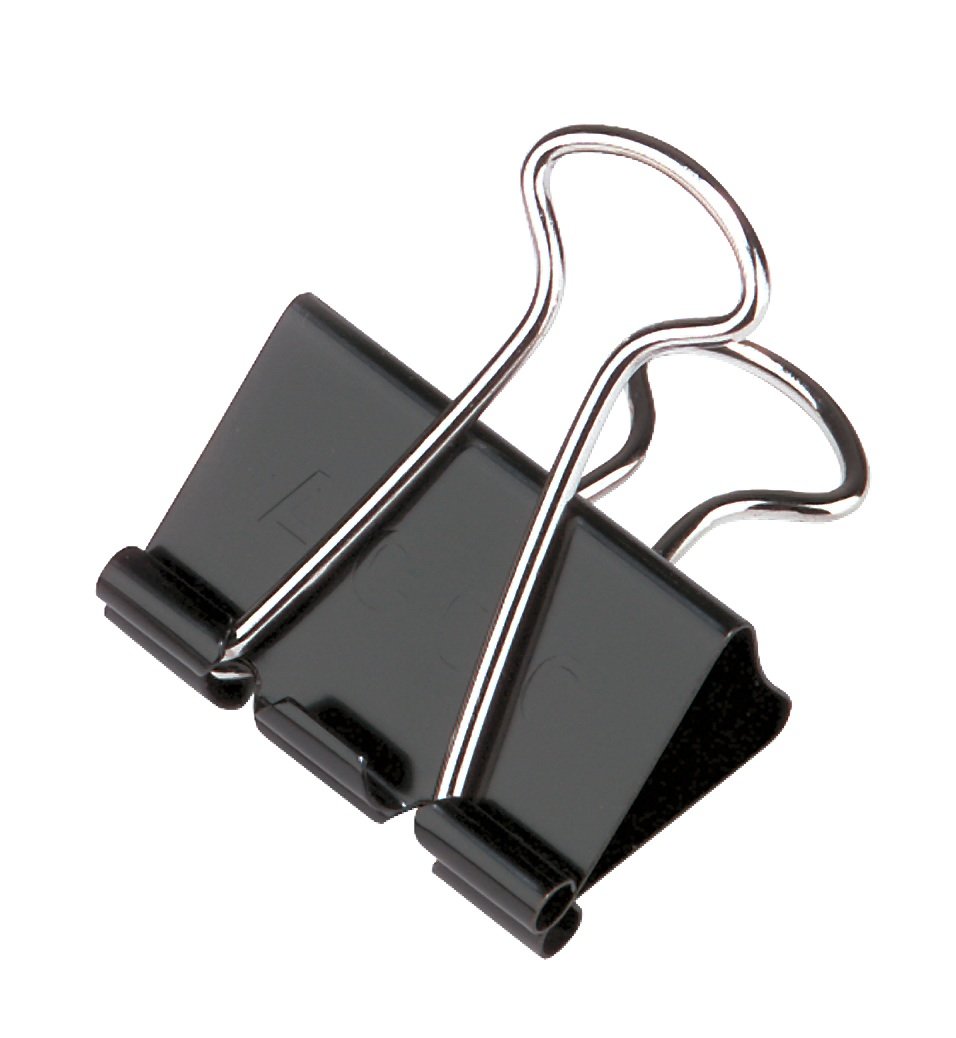 So, I took a look at the ticket situation for the Vegas Golden Knights. They have a fairly complicated way of selling tickets for this inaugural season.

So, Monday after 2 for out-of-regioners.

I had to actually open up a map to see what they were doing. It’s really weird – they are prioritizing Montana & Wyoming – which are 2 states away – over neighboring Oregon, CA & AZ.
I understand CA & AZ since Yotes/LAK/SJS/ANA fans could overwhelm home team fans, but OR seems like a decent market they could make a play for. Wyoming & MT seem like a stretch considering their proximity to Denver.

Well, hey! What about all those people in western Wyoming? Oh, …never mind.

Yeah, he’s hasn’t been Vezina form the past couple of seasons but last I checked hockey is a team sport. Not everyone is a cyborg like Price is. Rask hasn’t had the best of help in front of him.

People will complain night in and night out about McQuaid and Killer, and then say “Trade Tuukka.”

I can at this point see both side of the Argument of Tuukka being over-payed or not. I would never call Tuukka over hyped because if anything most fans either think hes doing his job or people want him traded. No one is worshiping the ground he is standing on.

Is he worth the money, prolly not. Could you replace him with someone else and win the same number of games? Maybe, but you would need a more dependable backup. Is he worth trading for a top Pairing D-man or elite scorer….depends on what the glaring holes are and if the kids can fill them. We dont have Jones….who are you going to use? Vladar? Doby? YOu gonna sign Enroth? I mean if you want him gone tell me a real replacement option.

The problem with the media/fans writing about the performance of Tuukka is they never offer and alternative what the team would be better with. Unless you can support that argument then shut the hell up.

I sense a theme here…

Tuukka is probably ‘overpaid’, but the problem is – if you wanted to replace him with another player who is just as good, you’d have to pay roughly the same amount of money. Fans live in this magical fairyland where a team can always get a ‘home town discount’ or can recognize a player that is going to be a star when they are available on the cheap.
“Well, player X only costs $4M” – yeah well player X probably isn’t as good as Tuukka, and would cost at least $5.5M even if you had the ability to offer-sheet him, (cause if he’s any good, and only getting $4M he’s an RFA in someone else’s org).
The only real missed opportunity was Martin Jones, and the jury is still out on him.

To me the TraedTuukka challenge is this: name 5 goaltenders who are better than him, (hint – I doubt you can — and if you say Jonathan Quick, I’mma kick you in the nuts). Then subtract any who are earning >= $7M
Do the Bruins have a chance to sign any of them for a discount over Tuukka?

My only argument for quick is that he seems to have nerves of steel in the playoffs….he has won two more cups than Rask (Rask won a cup but we all know that was Thomas).

To me, sports journalists are like those birds that eat the meat stuck between crocodiles teeth – they make both entities more interesting and are mutually beneficial. Sometimes crocodiles fight each other, and it’s interesting but when the birds fight among themselves it’s just pathetic.

Hope I got my point across there.

Ultimately, how good Rask is is a matter of opinion, and the only people in a position to give a proper, informed opinion are the Bruins defencemen and coaches.

Sometimes I think these reporters just say controversial things to get attention, and the best response is to not give them that attention.

If someone on Twitter says Rask sucks, really what does it matter, even if he is a high profile reporter? It doesn’t mean he actually sucks and I’m sure Rask nor the Bruins management take it seriously.

YOU GET THE HELL OUTA HERE WITH THAT LOGIC BULL SHIT TUUKKA RASK IS THE GOD DAMN G.O.A.T AND THERE'S NOTHING YOU CAN SAY OR DO ABOUT THAT SO TAKE YOUR COMMIE HORSE COCK TAEKS AND SEND THEM BACK TO WHATEVER SHIT STIRRING SOCIALST HELL HOLE IT CAME FROM OR SO HELP ME GOD THE LIKES OF AMERICAN HEROES LIKE KRUG AND BACKES WILL COME KNOCKING AT YOUR DOOR TO BRING FIRE AND FURY

This should be titled “if twitter allowed more than 140 characters”

Ultimately, how good Rask is is a matter of opinion, and the only people in a position to give a proper, informed opinion are the Bruins defencemen and coaches.

Yeah, ultimately the team’s opinion is much more important than what anyone else thinks.

I don’t really care about where Tuukka falls on lists, especially those of the NHL, nor do I care about really ranking him in any way. Elite goaltending doesn’t mean squat if you don’t have a team around it. This argument is really low hanging fruit for a certain kind of fan. Personally, I’ve arrived at a point that I can’t stand sports talk radio hosts stoking these flames.

Sign Pasta, Pals!
With regard to radio talk show hosts, sports or other, their whole purpose is to get people to react. Calling the station keeps them on the air, so they will say anything (stir up shit) to get people to call. They don’t need to be correct or accurate. They just need people to respond, because that sells advertising. So yeah, we’re still just click bait.
I’se goin’ to gets a lil work done, then head up the road to paradise.
But first, MOAR COFFEE!!!!!!!!?

Oh, I get that. But honestly with the shit they spout, as a fan, I wonder either (1) why am I listening to this and (2) why should I even bother watching and being a fan of the team. I guess maybe I overthink this. But, I swear the same people they talk to over and over again (because it really is the same people again and again) are shitty attention whores who will piss off the rest of the fans listening.