There will be a couple of changes, one more stunning than the other, in the Bruins broadcasts this upcoming season.

Let’s start with the NESN broadcast. It’s okay, Jack and Brick are staying but they’ll be working with someone new as a rinkside reporter. Sarah Davis has worked the rink for the past two seasons after the failed Guerin Austin experiment (she was awful) which was after Jamie Erdahl jumped ship for greener pastures of NFL sideline coverage on CBS. Anyway, Sarah was a fine replacement for Guerin. Why is Davis leaving? Well, it’s simple, really:

Hey #Bruins fans! Sorry to say that I will not be returning to report rinkside w/ the team this season on @nesn. I’m having a baby instead!

Thank you to all the amazing #Bruins fans for your incredible love and support over the last two seasons which were SO much fun!!

Her replacement comes from the world of MLS and the Flyers. Alex Kraemer was also once a model. I don’t have high hopes. They should bring back Naoko because everyone loved Naoko.

Next, is the far sadder change. Bruins Radio Network play-by-play guy Dave Goucher is moving on to the land of casinos and showgirls. He’s upgrading to a television play-by-play gig. Fun fact: his colour announcer will be one-time Bruin Shane Hnidy. Gouch was on NHL Network last night talking about how he had a similar opportunity drop in his lap and how he didn’t take it. He likes this opportunity because he can start on the ground floor with the team.

He was great at describing the action on a typically fast-moving sport, giving analysis and answering B’s fans questions on the AT&T Hockey Show on Saturday mornings, and was a great sport about lending his announcing skills for Toucher and Rich.

We’ll miss you, Dave. I hope the Knights organization treats you well. Just remember, they probably don’t have Duck Boats out there.

What could go wrong…

Just remember, they probably don’t have Duck Boats out there.

Probably true. They don’t really have much need for boats of any kind there, what with it being a desert and all.

I even got Guerin Austin’s name confused because I just couldn’t stand her at all nor could I remember that someone named their kid Guerin.

I remembered the name but couldn’t remember what she looked like. When I Googled her, the face didn’t ring any bells.

Jamie Erdahl I do remember though.

Alex Kraemer was also once a model. I don’t have high hopes. They should bring back Naoko because everyone loved Naoko.

At least Kraemer will be a break from the Parade of Blondes they’ve had since Naoko left (Jamie Erdahl, Kathryn Tappen, Guerin Austin, Sarah Davis).

Tappen was never sideline i don’t think, i miss having her on NESN. but im glad she is on NBCSN so i can at least tolerate someone not talking out of their inflated ego’s ass.

I can’t remember if KT was ever on-ice. All the NESN Bruins blondes were pretty much interchangeable in my mind.

Whenever I go skiing after a long time away I can always turn left fine, but right is another matter!

You hear of people lost in the desert walking in circles when they think they’re going in a straight line. Crazy how one leg can be stronger than the other – surely we use both equally?

Damn I made a good smoothie this morning.

I’m imagining you making a smoothie and no matter what I do, the result is you and your kitchen completely covered in yogurt, raspberries, and kale confetti.

I have kale about once a year and realize, up I’m good for another year without kale.

I don’t get the kale hate. Curly kale is fab! 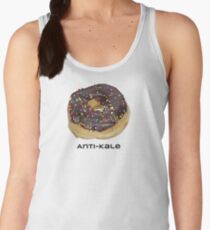