So much to talk about this morning, what with that con-

Yeah, still no deal. Let’s talk about Brad Marchand instead.

First, we cut to Halifax where our dear Brad is performing some puck battlles with the one, the only, Sidney Crosby. Brad has been elevated by last season’s career highs in points (39G, 46A) and that World Cup of Coffee win. I think he’s trained with Sid before, but it’s fun to see some real footage.

Now, another Haligonian connection of ours, our resident (busy and absent) geologist, Dr. Handgrenaid retweeted this Graphic Comments tweet this weekend:

If a player's character is an important attribute, then I say it's about time we also consider their alignment. pic.twitter.com/LebMvnpYjh

For those of you who cannot see Twitter, or for whom Twitter is blocked, this is a pictorial representation of alignments and hockey players, well not all hockey players; it appears to just be forwards in this case. I hope that eventual followups will involve both one for defensemen and a separate one for goalies. The forwards alignment assignments are as follows:

Now, I realise that not everyone follows Ye Olde D&D alignment system, so I will basically just quote from easydamus about Chaotic Neutral for you and you can read the rest at your leisure:

Chaotic neutral is the best alignment you can be because it represents true freedom from both society’s restrictions and a do-gooder’s zeal.

Chaotic neutral can be a dangerous alignment when it seeks to eliminate all authority, harmony, and order in society.

Does this sound like our Brad? Where we would put other Bruins players in this system? Where the pizza at?

Grocery store this morning was playing Colin Hay’s Day After Day and now it’s stuck in my head.

Do you mean “Overkill” by Men at Work. I love that song. Also love that it was prominently featured in a Scrubs episode.

Colin Hay did a solo version of “Overkill”:

Those people replying to that tweet need some serious schooling in D&D. It pains me.

Shane Doan is evil? I know he has a reputation for being chippy and nasty, but where does the evil part come from?

Yeah I don’t know if I quite get that one either. Neutral evil is like selfish and conniving. Maybe like, Radulov or someone.

Also it’s the wrong Henrik, if there was ever a high level Paladin in the NHL it would be Henrik Lundqvist (though maybe he’s a Bard?).

Lundqvist would have to be a bard, right? 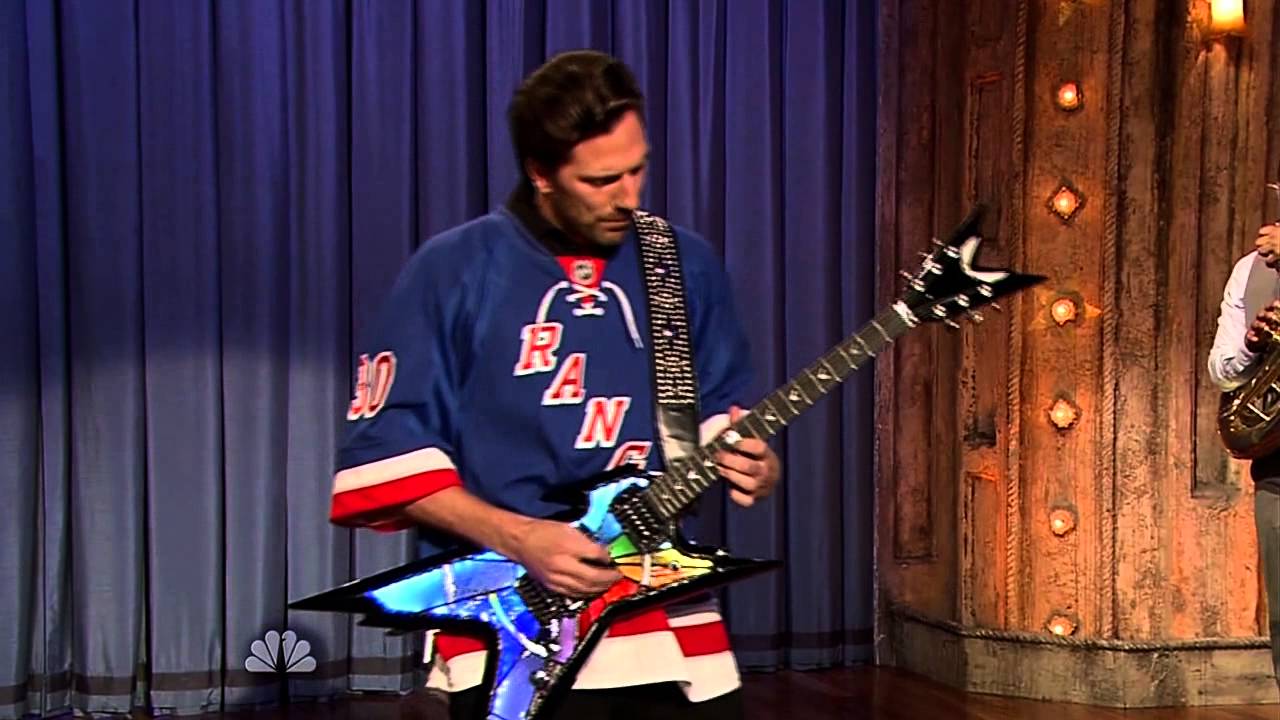 Dang I am bored.

I see Bergeron as more of a Ranger (character class, not the team) and Tuukka as a Wizard (“I cast Save!!!”).

Based on Marshy’s scoring prowess (and his occasional slew-foot) I’d have to go old-school and class him as an assassin!

And St. Patrice would definitely have to be a high-level Lawful Good cleric!