Morning Free Association: No Habs No

It’s always a glorious day to hate the Habs!

Last night the Bruins played their first preseason game of the 2017, er, season? Yeah, I’m going with it. This first game involved a lot of youngsters on the ice and – gasp – no Patrice Bergeron! I guess he stayed home to be an awesome dad to 2033 draft pick Zack Bergeron and TBD Bergeron.

Anyway, they didn’t need him. And the Bruins didn’t use him to pander to the Quebec City crowd.

Pride of Rhode Island Noel Acciari was on the first line! Killer was a top-pairing defenseman! So exciting!

This is who the Canadiens iced tonight:

The Habs scored first in the second period and eventually netted another, going up 2-0. Then the B’s scored all the remaining goals. Seriously, all five goals between the two teams were scored in the second period. Jesse Gabrielle, Anders Bjork (PPG), and Tim Schaller all scored for the speedy B’s.

Malcolm Subban and Zane McIntyre split the time in goal tonight, with Subban getting scored upon twice.

The Canadien is inclined to Quebec City pic.twitter.com/mIFlMBazPR

They may be inclined to Quebec City but the BRUINS WIN!

(By the way, don’t forget to wish IW a Happy Birthday today.)

Just to hammer it home:

I believe that you can stream 98.5 online if you’re not in their normal broadcast area.

Turns out DuckTales came out 30 years ago, yesterday. That was my favorite show as a kid and I feel wicked old.

“Every day they’re out there making Duck Tales. Woo-ooh!”

Me and my sis used to love that. And Ewoks. And Gummy Bears.

you see the new version?

No. Not hearing great things, but what remake is as good as its original?

the art is a little different so im sure purists are like “ugh what did they do” but its not horrid.

Hey Mandi, is it just me or does Taylor Doherty look like Joe Howell of Federal Wine & Spirits? 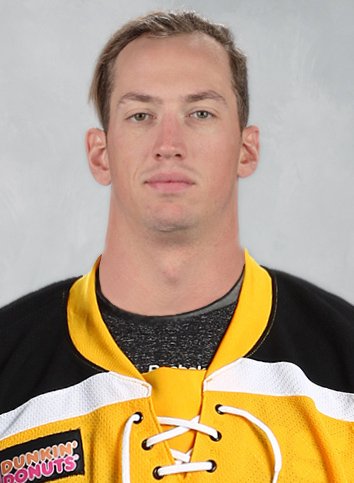 “Heeeeey kiddo, this is Taylor fro- uh, Joe from Fed’ral….”

Is it just me or is NESN’s website useless?

NESN’s website annoys me. And usually bogs down my computer.

That combined with being short on news.

Got to leave room for all the sponsored content!

I’ll have you know that my sister recently bought me a “mekka lekka hi, mekka hiney ho!” shirt!

Sisters are the best!

Krug-McAvoy. Are they not a bit similar to play together.

Or maybe the thinking is Krug can give him some on-ice mentoring. I gue4ss that’s more important than the result in a preseason game.

I’m looking forward to getting a look at Zboril tonight.

The rain in Spain falls mainly on the plane.

There’s a MAN on the wing of the plane!

Anyone else entertained by the Lupul drama? Hard to argue against his claim that they’re blatantly cheating the system. Thing is, most teams don’t want to touch it so that they too can cheat when the situation arises.

Has he filed a complaint with the NHLPA? If he wants to play, that’s the way to go, right? Otherwise I’m not sure what he’s getting at.

I think I read he can file a complaint and get a second opinion and see if he’s cleared to play.
But then the Leafs would probably just stash him in the minors?

Agree that it’s a can of worms teams would want to keep closed.

If the League smell a rat they can send a neutral doctor to make an assessment. They haven’t done that in this case.

I wouldn’t mind being paid millions to not come to work!

If I understand correctly, the most they can bury per contract this season is 1.025million. The rest of the contract still counts towards the cap. So in Lupul’s case, if the Leafs sent him to the minors they’d still have a cap hit of 2.725million since his normal cap hit is 3.750million.

Yarrrrr! Thank ye all fer the birthday wishes!
I’m as happy as the parrot wot caught the canary.

(we got aggressive parrots on my boat)

Happy “I made it around the sun without dying” day, ye scurvy dog!