Morning Free Association: What a night!

Well, that was an exciting game to start the season. With goals from first-years (DeBrusk and McCoy), young guys (Pasta on the PP), and a shorty/ ENG from a veteran (Brad), the Bruins skated by the Preds. David Krejci, the most veteran Bruins center, had three assists on the night. He looked better tonight than he has in a couple of years.

Jake DeBrusk and Charlie McAvoy both scored their first NHL goal in their first regular season NHL game. The last Bruins player to do that was…

Last Bruin to score his first goal in his first NHL game?

That seemed so long ago.

Anyway, this team will be fun. Some nights will be painful, others will be fantastic.

The win didn’t come without a price: fourth-line winger Noel Acciari blocked a shot in the second period, looked in pain as he finished his shift, and did not return to the game. It was described as an upper body injury, which head coach Bruce Cassidy clarified later for the media.

Cassidy says Acciari is lower-body. He’s corrected to upper-body. “Depends on whether he’s waving at you or tying his shoes,” Cassidy quips.

So, it’s probably his hand. That sucks.

The Bruins will be without him for at least one game (Monday). Bergy is still day-to-day, and Backes will be out for at least 2-4 weeks with diverticulitis. Judging from the fact that he wasn’t’t in attendance and that the statement says that he’s undergoing treatment at MGH, I’d have to believe he’s undergoing inpatient treatment. Hospital stays are no fun.

One thing I noticed having spent some time watching the Predators was that in the third they played at a pace that suggested they wanted to win more than the Bruins, like they were hungry. It was their modus operandi in the playoffs and I could see it again. Of course, execution plays a huge role in whether or not you pull off the win, and theirs was sloppy until the final couple of minutes. Even when they were on the power play with Pekka Rinne out of the net, they allowed a SHG by Brad. But who cares because the Press aren’t our team.

It’s super late and I’m tired. You guys can discuss this win all you want.

I’m glad I got to see some of the game last night. The last 2-3 minutes were pretty hairy, but this will be a fun team to watch. I know there’s 81 more games to play over 6 months but I feel really optimistic about this team, especially if Krejci continues to be healthy and Bergy and Backes and Krug return soon.

I REALLY wish I had seen the Hawks-Pens game last night. Although hearing Chelsea Dagger 10 times would be a bit much. But against the Pens….maybe not!

I feel like the Vegas game is happening in a few days but it’s happening over a week from now. I learned my tickets were basically in the last row possible. Robyn was saying it’s like we paid $90 to watch TV, but I’ll be in the same room as Bergy (fingers crossed) so I’ll continue to tell myself that. I can only imagine what the Vegas pre-game show will be like. I wonder if Siegfried and Roy will be involved.

I had made plans with a friend to go to the Long Beach Aquarium tomorrow but I don’t know if that’s still happening.*

WHY DO WE HAVE TO WAIT TIL MONDAY

Normally I would definitely be “why no hockey” but at least this gives Bergy and Krug a little more time to heal up so I’m okay waiting.

Good points all around

this is the real question….why you tease us NHL?

Damn, I thought we had one on Saturday, but it’s on Monday at 10 a.m. here. Not sure how I’ll be able to pull that one off.

You seem like you’re coming down with a cold. You should probably call in sick Monday.

I have been sniffling a lot lately, but that’s just because the air has been so dry lately,

Thanks for an excuse to use my favourite gif

I assumed Monday was a holiday over there. Is it only in MA?

It is a federal holiday in the States. Our office is open, though. Boo.

It’s Columbus Day, right? I’ve only really worked at UCLA since living here and I think the UC System takes the stance that Columbus wasn’t a man to honor with a day off, so I don’t know if other places will have it off but I know I won’t.

We then get March 30 off for Cesar Chavez Day so I guess it works out in the long run, not that the Kings have an annual Cesar Chavez matinee game I could go to.

But Monday’s also Indigenous Peoples Day! Surely the UC system would want to celebrate that?

I should send them a memo.

It’s a holiday everywhere but my office is open. Le sigh!

PEOPLE! WE ARE UNDEFEATED! ALL HAIL THE ALMIGHTY SAVIOR, THE FLYING SPAGHETTI MONSTER!

but in all seriousness this is going to be a fun and heartbreaking team to watch, i feel like this team is going to score all the quotas when hot…and when in a funk is going to be real messy.

Keep in mind, though, that they were without Bergy, Backes, and Krug last night, so things will likely only improve.

Tuukka was on great form, the defending on the whole was good – getting in the passing lanes and all that. Offence generated loads of chances and the kids were sublime.

Bjork looked a bit shaky but that’s understandable without Bergy. DeBrusk was fantastic the whole game. Grizz made a few mistakes but he’s still developing.

Not bummed about the two late goals – one was a 6 on 3, the other a two-man advantage. Yes there were defensive errors but they could be forgiven for being a bit nervy given the situation at the time. on the whole they completely outplayed the Preds.

Shame the Habs managed to get two points but hopefully needing a shootout to beat the Sabres is their level this year.

Shame the Habs managed to get two points but hopefully needing a shootout to beat the Sabres is their level this year.

– omg I love this team
– Charlie and the Hockey Factory!
– Everyone bought in. Lots of hustle, no quit by everyone.
– Very open and fluid style offensively. Lots of puck movement, lots of carried zone entries.
– Good, aggressive forechecking and board play.
– Krejci looked like Papa Bear out there.
– I’m glad I was there to see McAvoy’s and DeBrusk’s first NHL goals.
– Could’ve done without the penalties in the last 3min. Yeesh.
– Tuukka looked sharp.
– Agent 86 seemed good.
– Grzelcyk seemed fine in that I didn’t notice him much at all.

He had a good game but he didn’t play in such an “offensive defenceman” role as he seemed to late last season when he really excelled. But I guess paired with McAvoy they didn’t want him to.

Well let’s face it, Charlie is much better equipped to pinch

This gif, I cannot 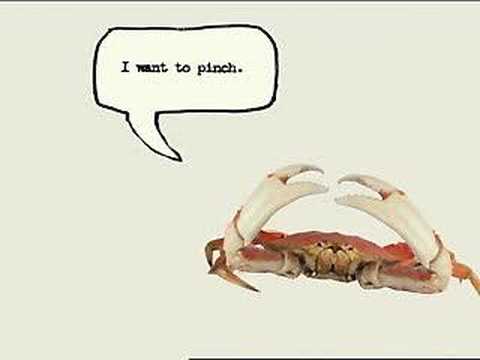 From an old Honda commercial, in case you’ve forgotten:
https://www.youtube.com/watch?v=unkAvO9v2Nk

We haven’t. IW and I say this every once in a while.

I was actually looking for that one, but couldn’t resist when I found the gif I posted.

– Charlie and the Hockey Factory!

I really want to watch this movie now, and I still want to try that buttercup teacup he drinks out of and then eats.

We are SO on the same page nickname-wise:
– I have been dying for Agent 86 to be a thing
– I definitely used a Charlie Bucket gif for McAvoy last night.

Really fun to watch last night. I hope Krejci can stay healthy because he’s such a different player out there.

After his first rough couple seasons, it’s been good to see Kevan Miller “Get Smart” in the last couple!

Morning all. So much fun watching The Cubs last night. Sure there will be some growing pains throughout the season but they played with a ton of confidence last night. Loved them instantly taking advantage of the Pred losing his edge and turning it into a goal. Keep doing that and more good things will come.

One more day of work then I plan on doing absolutely nothing on Sunday.

I plan on doing absolutely nothing on Sunday.

Scratch that. Blade Runner is playing at the theater down the street from me. Might catch the manatee on Sunday.

When I went to see Stronger (a VERY good movie, by the way) I saw the preview for this and got really excited. I hadn’t heard about this movie until now and instead of having to wait at least 6 months for it, it’s happening this weekend? Awesome!

Loved them instantly taking advantage of the Pred losing his edge and turning it into a goal. Keep doing that and more good things will come.

Things like this are what I’ve always wanted them to do. The Habs could always do it against us. Why can’t we be opportunists as well?

A few thoughts on the game:
– My lord, the penalties. McAvoy, especially seemed to have a rough night on that front.
– But seriously, the penalties. That empty netter should not have been the winning goal.
– From what I saw of the game (missed the 2nd, because baby) it seemed they played well. Awesome to see the young kids jump right in and make a difference including McAvoy when he wasn’t in the box.
– Krejci was quite involved last night which was a nice thing to see.
– Of course Marchand got the empty netter (and SHG).

Other random thoughts:
– I have to drive to Falmouth, MA (from Manchester, NH) for a wedding tomorrow….that starts at 10AM. I am not pleased about this.
– This was a long week. Still recovering from having the entire in-law family (4 adults and a 13-month old) staying at our house last weekend.
– I’m not a huge Harpoon fan, but their Flannel Friday is actually a decent fall offering.

I said this last night about McAvoy and I think it bears repeating:
He landed in the box on a holding call that stopped what to me looked like a likely goal. I would rather kill a penalty than allow a goal.

I don’t disagree. I just meant overall rough night in the box for him, justified or not.

All through preseason they’ve been calling any sticks up near hands as slashing. I’m actually quite in favour of it – the stick’s not supposed to be used as a weapon and no-one wants star players missing games because of hand injuries from sticks.

There was one slashing call against us last night, though, that I think was McAvoy’s, which even under the stricter rules looked a tough call to me.

“holding” call…but agreed….that was a smart penalty….however there were a few times Bruins D was behind the play and thats not ok.

Of course Marchand got the empty netter (and SHG).

But seriously, the penalties. That empty netter should not have been the winning goal.

I expect that Butch will have the boys doing some work on 2-man-down PKs between now & Monday.

Agree on Spooner. He was noticeably motivated last night.

Wow. Did the Preds not know where the faceoff circle was?

Maybe they were scared of getting a faceoff penalty.

That’s a ridiculous FO win %, and we didn’t even have Bergy in last night.